London-based Irish rallycross driver Ollie O’Donovan will contest two rounds of the MSA British Rallycross Championship in association with Odyssey Battery in one weekend, as rounds three and four of the series take place at Pembrey, South Wales on Sunday and Bank Holiday Monday (May 1 – 2).

The former MSA British Rallycross Champion is third overall in the British RX championship standings heading into round three, just nine points behind leader Dan Rooke, despite being forced out of the lead of the second round of the series by a rogue technical issue.

The double-header weekend is an important one in the championship race, and the Team RX Racing driver is planning to push hard to remain in a position to challenge for his second British RX crown, racing his Tony Bardy Motorsport prepared Ford Focus Supercar.

“I really like Pembrey, it’s a circuit that really suits my driving style, but we haven’t had much luck there in the last couple of years. The Focus has been going really well this season, we’re right on the pace which is really testament to the work done by Tony (Bardy) and the boys,” said O’Donovan. “It’s certainly not the newest car on the grid but we’re right up there. The plan this weekend is to push hard and try to at least be on the podium a couple of times. If we’re serious about winning this championship we need to win at least one of the rounds this weekend ideally, not only to gain points for ourselves but also to stop Dan (Rooke) or Kevin (Procter) pulling away in the championship. We don’t need to lead the points leaving this weekend, but the closer we can be to the front, the better!”

The event will feature something new for all competitors in British RX, the is circuit being run in both directions over the two days. “The ‘new’ layout at Pembrey is really good. We tested at the track with Dai Llewellin (double British Rally Champion and RX150 driver) a few weeks ago and I spent a few laps in a buggy seeing what the new layout is like. It’s really fast, and the first corner is certainly one for the brave! I’m really looking forward to it.”

For full details about attending the event or watching the highlights on television, visit the MSA British Rallycross Championship website.

Just two weeks after the Pembrey double-header, O’Donovan will race in the first round of the FIA European Rallycross Championship at Mettet in Belgium (May 14 – 15), driving the Team RX Racing Ford Fiesta Supercar, which is currently being refreshed by Tony Bardy Motorsport. 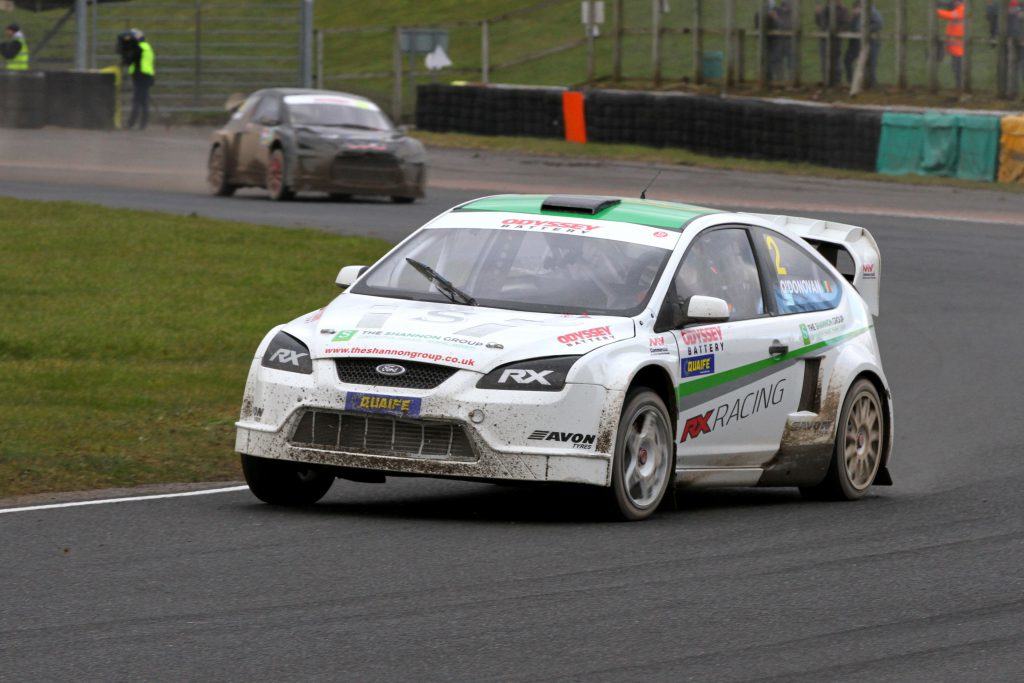