O’Donovan’s participation in round three on Sunday was cut short by a technical problem with the Ford Focus Supercar, putting him out of the event. Tony Bardy Motorsport worked through Sunday and into Monday to change the engine and prepare for a challenge in round four on Bank Holiday Monday.

Starting afresh for the second day of action, O’Donovan set two second fastest qualifying times to secure pole position for semi-final two, and won the race to start in the middle of the front row for the final. As the lights went green, O’Donovan made one of his now trademark good starts and led the field on lap one. A small mistake at the first corner of lap two dropped the Irishman to second place, before he became involved in a close fight with Pat Doran to the finish. O’Donovan came out on top to secure second position, his second podium of the season.

“We had a nightmare in round three, it was really disappointing for the whole team that we retired so early. The conditions were really wet and that suits me well usually, so that’s a shame. Tony (Bardy) and the lads did a great job to change the engine, and it was a great result to finish second on Monday I think,” said O’Donovan. “To be fair, Julian (Godfrey) drove a great race in a good final. He was all over me on the first lap, he put his nose between me and the wall going into the first corner on lap two – he didn’t touch me but he played a mind game trick and it worked for him.”

At the Pembrey double-header weekend, Team RX Racing also supported 15-year old Tom Llewellin, son of double British Rally Champion Dai Llewellin in the MSA Junior Rallycross Championship. Driving a Suzuki Swift in the single-make category, Llewellin stunned regulars by winning twice in the changeable weather conditions. The rallycross newcomer was so competitive that he even had time to make a mistake and hit a tyre wall head-on in the final on Sunday, but still recover to win by over 10 seconds. 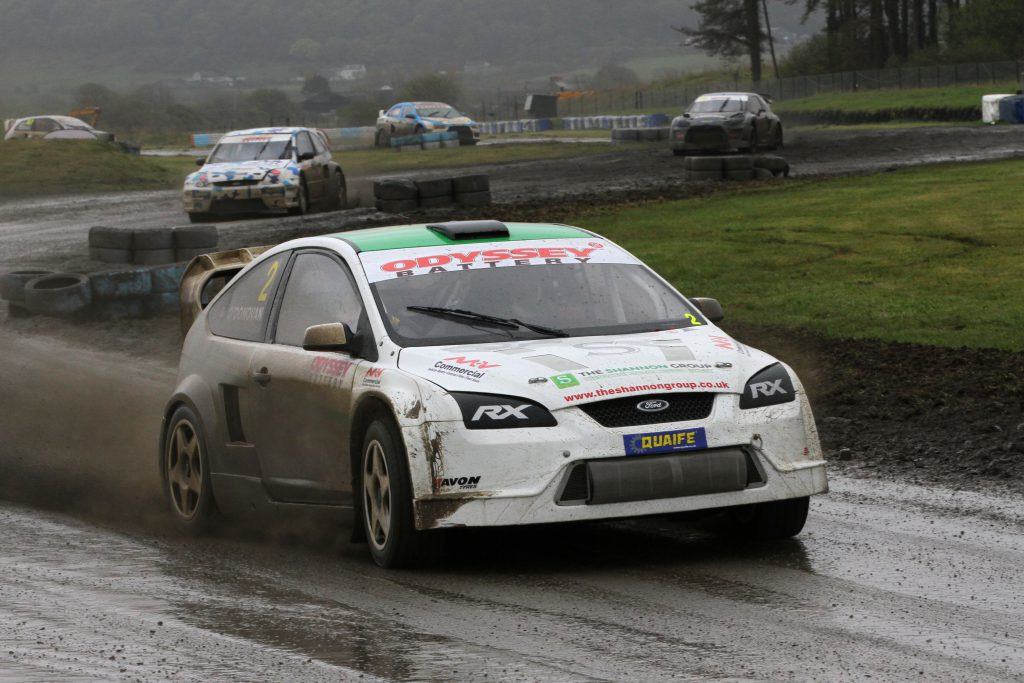