Team RX Racing driver Ollie O’Donovan is making plans to expand his 2016 programme of rallycross events but has unfortunately been forced to withdraw from the opening round of the European Rallycross Championship at Mettet in Belgium this weekend [May 13 – 15].

The former MSA British Rallycross Champion had hoped to race the team’s Ford Fiesta Supercar in the first Euro RX event of the year, keen to build on finishing eighth overall in the competitive championship last season.

However, a decision by O’Donovan to change the specification of the Fiesta has forced a delay in receiving critical components for the Tony Bardy Motorsport run car, meaning that the squad will be unable to compete. The team will use the time between the event in Belgium and the second round of the championship at Hell, Norway [June 10 – 12] to upgrade the Fiesta to FIA World Rallycross Championship specification, to allow O’Donovan to race in selected World RX events this season alongside his existing programme in British and Euro RX.

“It’s very disappointing that we are unable to race in the first round of the European Championship this weekend, especially after we had such good run last season, but it just isn’t possible,” explained O’Donovan. “Following our big crash in Italy last season, the car has needed to be fully rebuilt and it’s going to be as beautiful as any Bardy car – Tony has worked really hard on it. It’s my decision to change plans a little and that means we are going to miss Belgium, but we’re using the opportunity of missing the Belgian event to fully upgrade the car to World Championship specification and although we won’t be at Lydden Hill later this month we do plan to race in selected World Championship events later in the year, alongside our existing plans.” 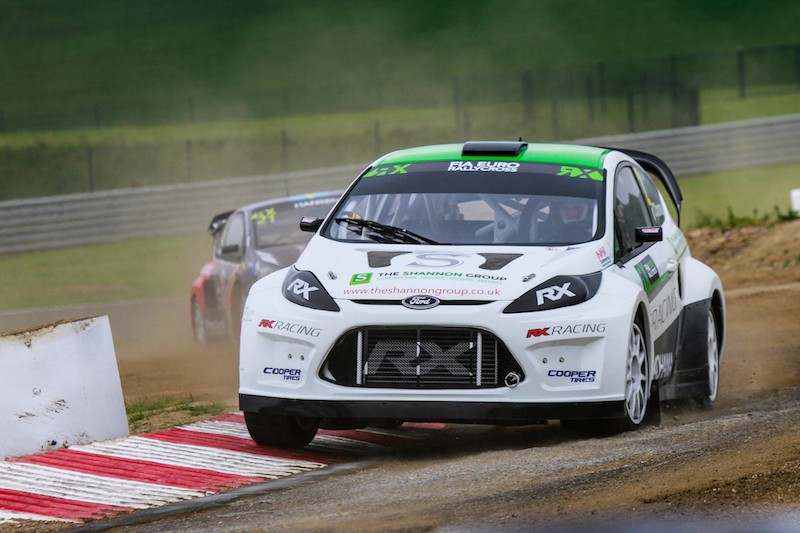