Palmer doubles up at Pembrey

Former Formula Ford Festival winner Chrissy Palmer overcame his biggest challenge of the season so far to win both the third and fourth rounds of the RX150 Rallycross Championship at Pembrey, South Wales, as the MSA British Rallycross Championship ran at the same circuit, but used in a different direction for each of the two days, for the first time.

Rally legend Dai Llewellin made his rallycross debut at the event, driving the ODYSSEY Battery celebrity RX150 buggy alongside his son Ben, and it was Ben Llewellin who qualified on pole position for the final in round three on Sunday, in wet and muddy conditions. Llewellin was joined on the front row of the grid by his father and Palmer, the championship leader heading the pack on lap one while the older Llewellin was left on the start line, dropping to last place before fighting back through the field. As Palmer and Ben Llewellin pulled away at the front, Dai Llewellin fought his way back into a podium position by the finish, while Stephen Jones experienced problems on the penultimate lap and dropped to fifth, behind Jake Harris. Kevin Feeney and Mitchell Flaherty rounded out the order.

In round four on Monday, the circuit was run in the conventional clockwise direction and Palmer set the pace in each of the three qualifying races. He took the lead at the first corner for the final, pressured by Dai Llewellin on the opening lap before the former rally driver spun out of contention. Ben Llewellin passed his father, before Dai spun again at the same place on two further occasions, the last of which also involved Stephen Jones. Palmer won, Ben Llewellin finished second and Jake Harris was third. Feeney, Jones, Dai Llewellin and Mitchel Flaherty completed the list of finishers.

“The conditions were very, very difficult. I’ve never been the wrong way around Pembrey before so that was very interesting. I did have a spin on Sunday, I don’t know if that was we me letting things get to me or not, but I fought back to win the final,” said Palmer, who extended his championship lead. “I’ve enjoyed every minute. The more points I can get the happier I am, but to be honest I just love being out there! These cars are great and I love going sideways.”

Dai Llewellin enjoyed his experience racing the RX150. “We had a great couple of finals. I was lying second on Monday and threw it away, but I guess that’s old man syndrome. The RX150s are very exciting. They take a bit of driving, they’re not an easy drive by any means, hence why they are so exciting,” said Llewellin. “Rallycross is brilliant, for us as rally man there’s a bit of gravel and tarmac, it’s just leaning the race craft that takes some time but it’s great fun. I’d like to have another go for sure.”

RX150 Rallycross Championship promoter Ollie O’Donovan was full of praise for Palmer’s performance. “Credit to Chrissy, he didn’t have great positions in all of the races this weekend but he made it to the front and won both finals. This speed just shows that he’s got a natural talent. We had great racing through the field at Pembrey but Chrissy was that bit better through the weekend,” said O’Donovan. “The Llewellins both did really well, although I do think Ben took the limelight in the buggies, and Tom, Dai’s youngest son, won in the Junior RX finals on both days. Having Dai at Pembrey to drive a buggy, to add his name to our list, was very special for me personally.”

The next round of the RX150 Rallycross Championship takes place at Maasmechelen, Belgium on the July 17. 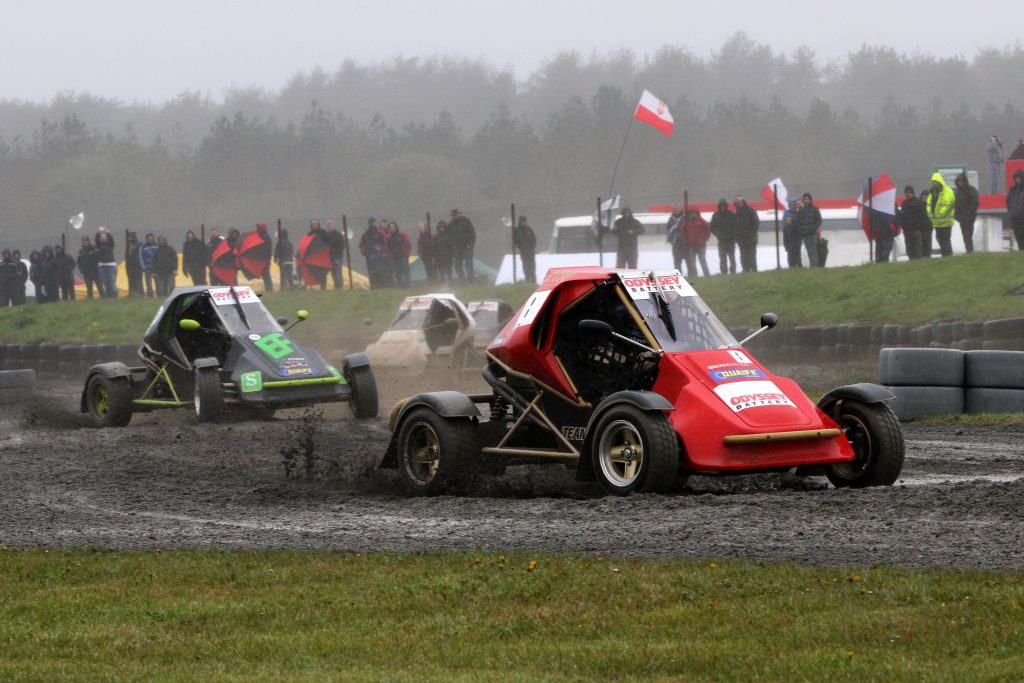