Making his first start of the year in the Tony Bardy Motorsport prepared Ford Fiesta Supercar, the Team RX Racing driver set times consistently inside the top 12 to secure a place in the semi-finals at the event.

11th in Q1, O’Donovan won his race in Q2 to set the seventh fastest time, followed by 14th in Q3. A close fight on track in Q4 returned 11th fastest time and confirmed O’Donovan’s place in the semi-final with a chance of fighting for a place in the final in the team’s fully rebuilt Fiesta sporting a new livery, designed by a competition winner.

“I was pleased with how the qualifying races went, we improved a bit all the time. I hadn’t driven the Fiesta since October last year so it took a little time to get used to it again, and we got quicker and quicker. The first goal coming here was to try and make the semi-finals, which isn’t easy with such a strong field but we did it and had a good plan in place to try and make it into the final,” said O’Donovan.

Starting on the outside of the third row of the grid in semi-final one, O’Donovan made a unusual mistake by twice jumping the start and being forced out of the race. “Last year we were renowned for making fantastic starts in the Fiesta, and we were able to do that again in the qualifying races here. Like I say, we had a plan for the semi-final but I have to hold my hands up, I just made a mistake. That’s all there is to say really.”

The next event for Team RX Racing will be the third round of the FIA European Rallycross Championship at Holjes in Sweden (July 1 – 3). “I’d like to thank Tony Bardy and the boys for getting us to Norway, they’ve worked really hard on the Fiesta. Everybody talks about how amazing the event in Sweden is but I’ve never been, so I’m really looking forward to Holjes.” 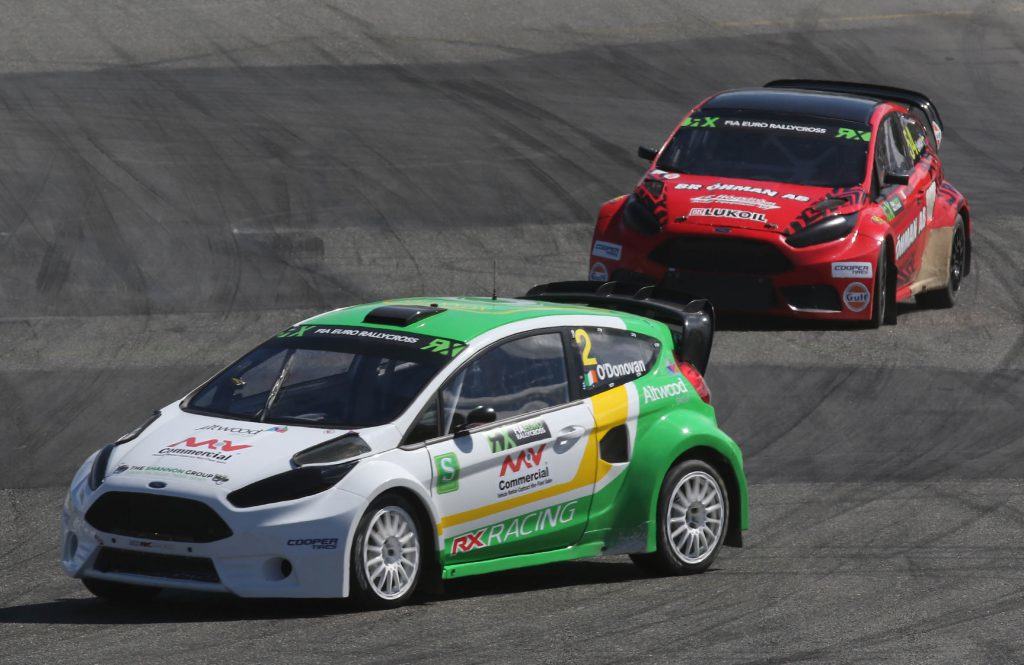