Team RX Racing Supercar driver Ollie O’Donovan finished third at the fifth round of the MSA British Rallycross Championship in association with ODYSSEY Batteries and climbed to third overall in the championship standings (July 17).

Switching from his European Championship Ford Fiesta to the ex-European Championship event-winning Ford Focus for the Maasmechelen round, O’Donovan knew that nothing less than a top three finish would be good enough if he is to remain in the fight to score his second British Rallycross crown, having won the title in 2007.

Consistency through the qualifying stages of the event, with fourth fastest in Q1, second fastest in Q2 and third fastest in Q3 netted O’Donovan second at the Intermediate Classification, which was followed up with second position in the first semi-final to title-rival Julian Godfrey.

In the final, O’Donovan – driving the newly liveried Focus – became involved in a battle for third place with Pat Doran, the Irishman using his joker lap at the right moment to come out on top when Doran took his joker on the final lap.

“It was a pretty good weekend for us. We had good speed every time we went on the track,” said O’Donovan. “I rubbed the wall on the inside of one of the hairpins in the final but I’m happy enough with the result. Of course we are here to win, but it just wasn’t my weekend on that front. To be honest, if we have any chance at all of capitalising in the championship if Julian or Dan have a poor event, we need to be getting good points at every round now. Pushing too hard to gain one or two positions and risk something silly was not in our game plan at all this weekend. The Focus is running well again and she looks lovely in the new livery. We’ll work hard before Lydden next month and go there wanting to make up for retiring from the lead of the final there earlier in the year.”

The next round of the MSA British Rallycross Championship takes place at Lydden Hill (August 29), an event at which O’Donovan was victorious last season in torrentially wet conditions. 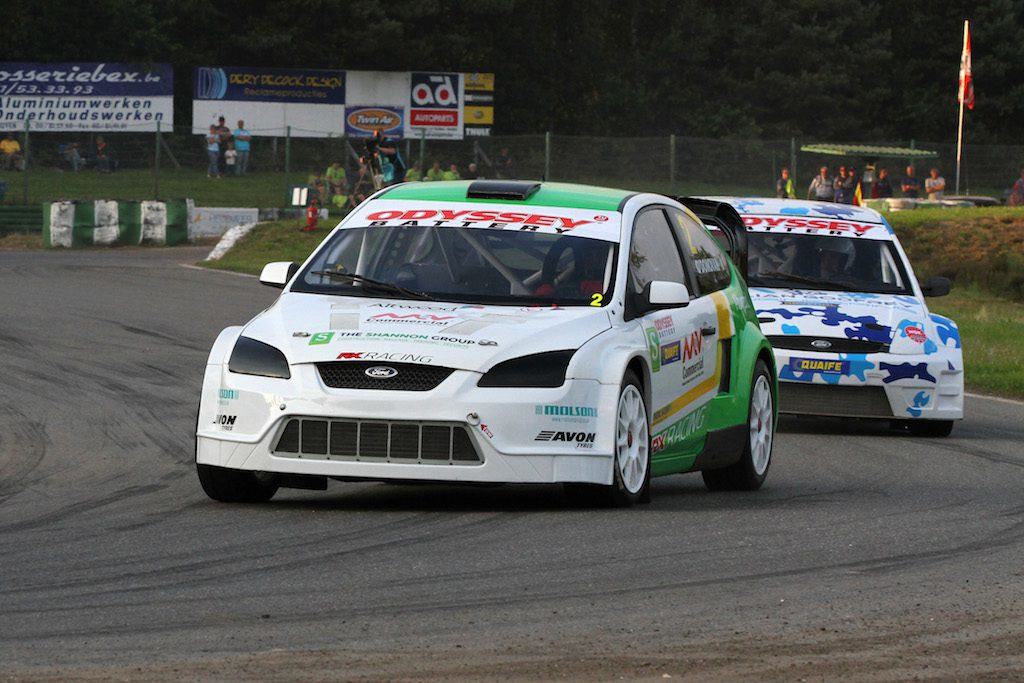