So far in 2016, reigning champion Chrissy Palmer has dominated, but will face stiff opposition to his unbeaten run from archrival Scott this weekend. Scott lost out on making it three titles in a row in a final round decider at the end of 2015, but has been forced to sit out the early part of this season due to clashing commitments.

“I have to say I’m very excited to be getting back out behind the wheel,” said Scott. “It’s been a long break for me but I feel I’m ready to get back out there and challenge for a podium in Belgium. I’m really looking forward to it.”

Stephen Jones and Jake Harris are currently locked in a two-way fight for second position in the championship, tied on points as the second half of the year gets underway in Belgium, and will also be podium contenders. Mitchel Flaherty will also race this weekend.

Driving the ODYSSEY Batteries celebrity RX150 in the event will be Swedish driver Mikaela Ahlin-Kottulinsky, who drove a buggy for the first time in a short test at Team RX Racing’s test facility near London on Monday.

“It’s great to have Marc back in the championship. The battles he and Chrissy had last year were fantastic,” said RX150 Rallycross Championship promoter Ollie O’Donovan. “Chrissy has a lot more recent seat time than Marc, but I’m sure they will push each other hard this weekend. We ran a short test for Mikaela on Monday and she impressed me with how quickly she got up to speed in the buggy, having never driven anything like that before. I’m also looking forward to seeing the battle unfold between Jake and Stephen for second in the championship, both can finish on the podium this weekend, so it will be exciting.”

Head to the MSA British Rallycross Championship website for full details on the series. 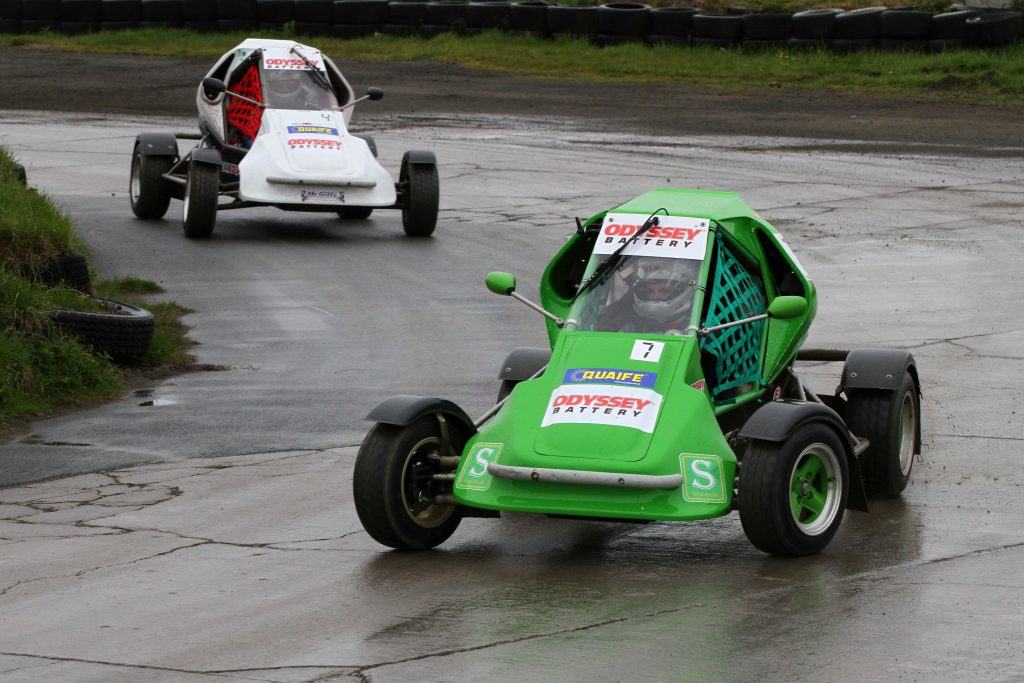