Irishman Ollie O’Donovan won a qualification race on track and displayed the pace to reach the finals in the Swedish round of the FIA European Rallycross Championship at Holjes (July 1 – 3), but was denied the opportunity to start in the semi-finals after being pushed off another competitor.

In a weekend of constantly changing weather conditions on the famous circuit, O’Donovan won his Q2 race on Saturday to lie 12th overnight and inside the semi-final positions. A false start in Q3 on Sunday morning meant O’Donovan was forced to take two joker laps as penalty, but still finished the race just behind reigning Euro RX champion Tommy Rustad. With a strong performance in Q4 Team RX Racing was on target to make the semi-finals for the second event in succession, but on the final lap while passing another competitor exiting the joker lap O’Donovan was pushed into a spin. The culprit was excluded for the maneuver, but with the Ford Fiesta Supercar stranded on the track, O’Donovan’s Holjes event ended in Q4.

“I was really pleased with our performance this weekend in Holjes, the Fiesta was working well and we worked hard on our setup in the wet conditions, which we don’t have that much experience of with this car,” explained O’Donovan. “But, it’s really disappointing that we didn’t make it into the semi-finals because of some needless contact. The main track has right-of-way when there is someone coming out of the joker lap, but twice this weekend (Q1 and Q4) we had contact from someone coming out of the joker and that ruined the weekend really.”

“It’s a shame because given that is only the second time we’ve used the Fiesta since last October, she’s going really well. I think our car is one of the best handling Fiestas in the championship, certainly out of those with longitudinally mounted engines. We’ll stick at it and aim for a strong result in the last two rounds of the Euro RX championship in Spain and Latvia, but we’ve got some British RX and World RX events to concentrate on ahead of that.”

Between competing in the second and third rounds of the FIA European Rallycross Championship in Norway and Sweden, experienced helicopter pilot O’Donovan and Team RX Racing team co-ordinator Steve Hill travelled to the artic circle in the far north of Norway, before embarking on the journey back to London from Holjes via Denmark, Germany, Holland and France.

The team are back in action in just two weeks time at the fifth round of the MSA British Rallycross Championship at Maasmechelen in Belgium, where O’Donovan will switch to the team’s other Tony Bardy Motorsport run car, the former Euro RX event winning Ford Focus. 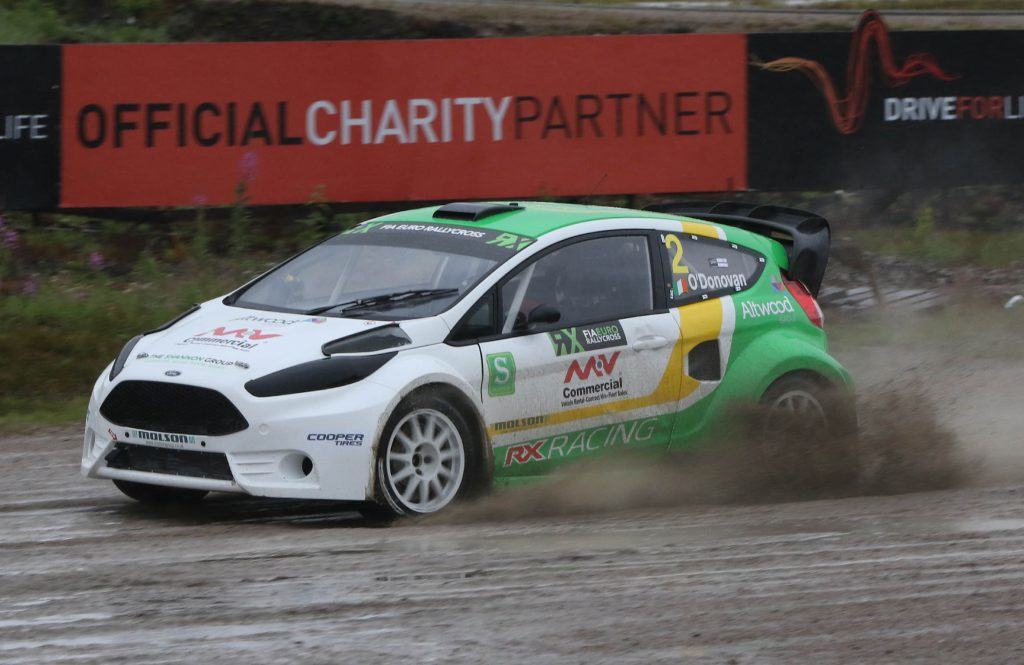