Former double-champion Marc Scott made his first RX150 appearance of the season at the Maasmechelen circuit and was immediately back on the pace, challenging Palmer’s reign by setting the fastest lap time in the opening Free Practice session.

During the qualifying races it was Palmer who took the upper hand and started on pole position for the all-important final, from where he led the race throughout. Scott had a dramatic return to the championship but admitted to being a little ‘rusty’ having not driven an RX150 since last October, and suffered a number of spins through the weekend. The Dumfries based driver pushed Palmer hard in the final, but couldn’t stop the former Formula Ford Festival winner taking his fifth win of the season.

“What a great weekend, I absolutely loved it,” said Palmer. “The racing was fantastic, Marc made the weekend brilliant. We had a few touches but when didn’t we in the past! I couldn’t have asked for a better outcome. It’s nice to have to work for it, and Marc really made me work hard in the final. Hopefully he’ll come back for more this year, and it was nice to have some new faces around too.”

Scott finished second while Jake Harris completed the podium and moves into second in the championship standings as a result. Celebrity driver Mikaela Ahlin-Kottulinsky competed in the ODYSSEY Batteries-backed buggy and started on the back of the grid for the final following some problems in the qualifying races. However, a blistering start lifted the Swedish circuit racer to third at the first corner, only a small mistake on the third lap denying her a debut podium finish. She finished fourth.

“The weekend started off with a crash, and then we had some troubles in some of the races but I’m so happy that I got to drive in the final and next time – if I have a next time – I think I can be on the podium,” said Ahlin-Kottulinsky. “It’s good experience and very good for me to change driving style. I think it really develops you as a driver to do these events. It was a lot of fun, you really have to rev the engine and drive very sideways.”

Mitchell Flaherty finished fifth, with Kevin Feeney sixth and Stephen Jones seventh following a spin. RX150 Rallycross Championship promoter Ollie O’Donovan enjoyed watching former champions Palmer and Scott battle it out for victory. “It was good to have Marc back in the buggies this weekend,” said O’Donovan. “I think Chrissy is a clever driver and with Marc being out for a while that’s where Chrissy had him beaten. Mikaela made a blistering start in the final, it’s a big pity that the throttle broke for her earlier in the day but she showed her pace and she can be on the podium if she comes back sometime.”

The next round of the RX150 Rallycross Championship takes place at Lydden Hill, Kent on August 29. 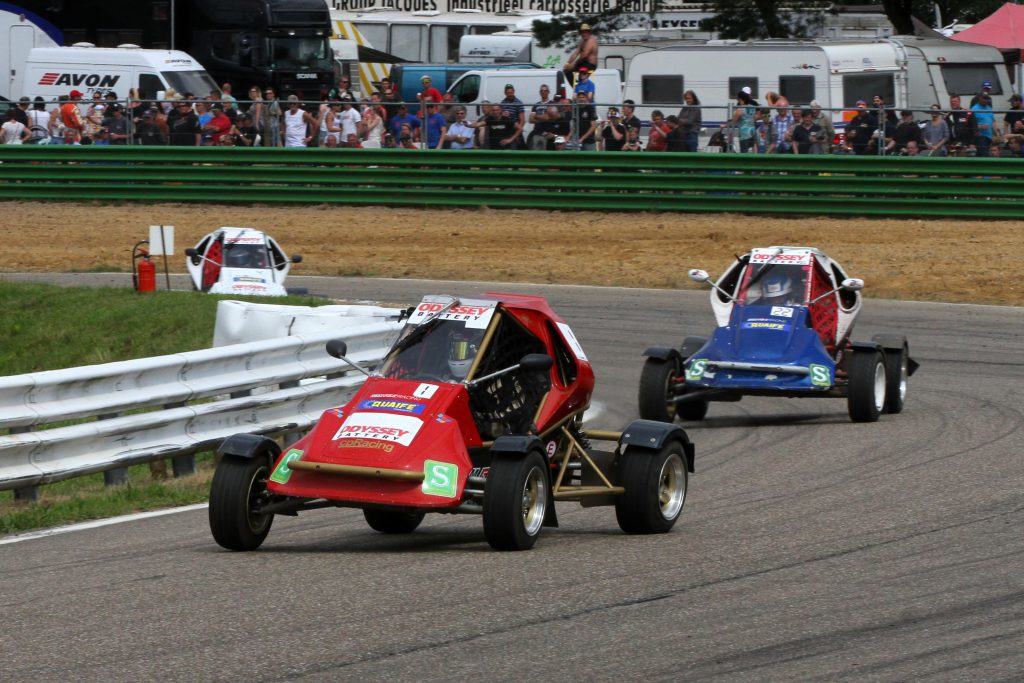