The Team RX Racing driver qualified on the front row for the final at Lydden Hill thanks to qualifying third at the Intermediate Classification and finishing second in semi-final one. Lining up alongside title-rivals Dan Rooke and Julian Godfrey, O’Donovan was looking to repeat his success of the last two years where he scored victory at the August Bank Holiday Lydden Hill event.

“I made a really good start in the final and was really quick going straight into the joker lap, but on the landing off the jump in the joker, the center differential broke,”said O’Donovan. “That left me in two-wheel drive for the first half a lap, but then it broke a driveshaft and I ended up with one-wheel drive for five and a half laps. I just switched off the anti-lag and drove it to get the car home. I’m very disappointed; we had the pace this weekend but it just wasn’t to be.”

Despite only having one-wheel drive, O’Donovan used his years of experience to get the car to the finish, and collected points for eighth overall. The result means O’Donovan is now fourth overall in the British Rallycross Championship standings, 10 points behind a top-three position with everything to play for in the final two rounds of the year.

At Lydden Hill, Team RX Racing also welcomed its livery competition winner, Alex Ware, who attended the event as a guest to see the team’s Ford Focus and Ford Fiesta in his design. Alex also enjoyed a helicopter ride over the circuit and around the Kent countryside as part of his prize.

The team now head for Loheac in France for the eighth round of the FIA World Rallycross Championship, where O’Donovan will switch from his Ford Focus to the Tony Bardy Motorsport prepared Ford Fiesta and race head-to-head against the likes of rally legends Sebastien Loeb and Petter Solberg.

“The atmosphere alone in Loheac is worth going for. It’s one of the best motorsport events in the world for me. There are over 70,000 people and they are all keen and knowledgeable,” explained O’Donovan. “I raced there two years ago with the Focus, but this will be the first time we have used the Fiesta there. The car has been getting better and better this year in the European Championship events we have done, and the fast flowing nature of Loheac requires big commitment, which suits my style. It’s only been a few days since Lydden but I can’t wait to get in the car in France on Saturday. Of course our expectations are realistic, there are some huge teams in World RX with big budgets, but we hope to be fighting in the mix. With such a big entry it would be great to finish in the low-twenties.”

Keep up to date with the action from Loheac on the FIA World Rallycross Championship website and Social Media outlets, and the Team RX Racing Facebook page.

The event will be shown live on television in the UK on the Quest channel, from 14.00 on Sunday September 4. 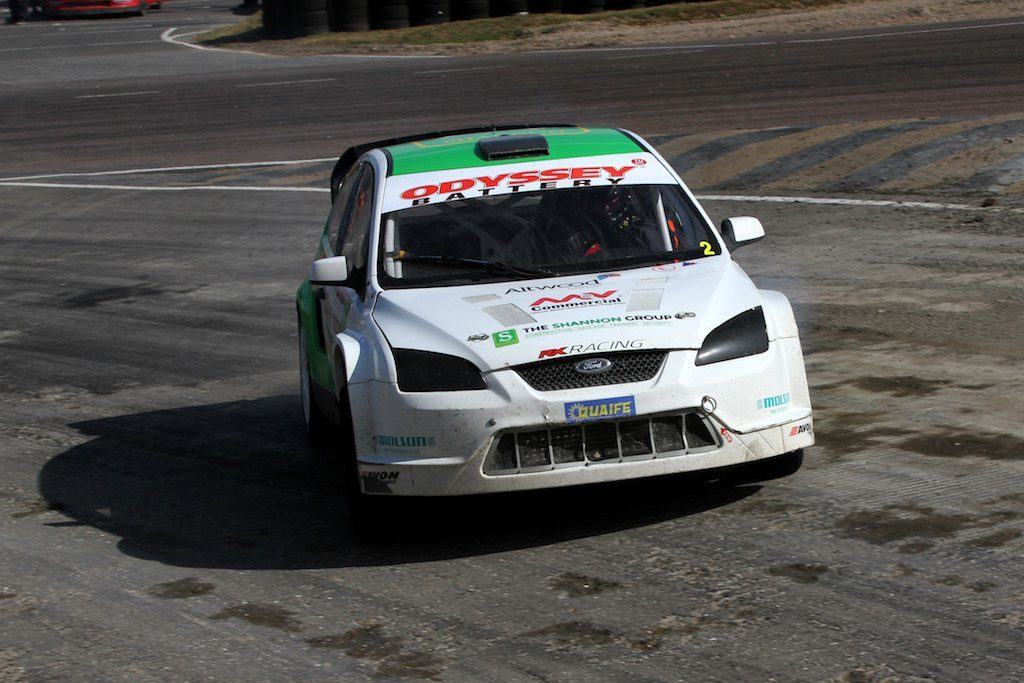