20-year old Langley will race a single-make RX150 buggy, run by Team RX Racing. “I’ve spent the last two years preparing for a chance to get into rallycross. To debut in a national championship, at the birthplace of rallycross is obviously a dream come true, especially in such a competitive class as the RX150s,” said Langley, who tested a buggy for the first time at the RX150 test facility near London recently. “The test went well. I felt comfortable in the buggy, they’re little pocket rockets! They go off the line like nothing else, the handling is really good and it’s unbelievable how late into the corners you can brake. It felt like I picked up the speed well – obviously there’s room to improve still and I hope to build on that at Lydden Hill.”

Langley has previous experience of both karting and rally machinery, and is hoping to expand on his rallycross programme following his Lydden Hill debut next week. “With support from LOCO Energy Drink I hope to do more events in the future. We’ll see how Lydden goes, but we have plans for next year. Right now it’s just about me being as physically and mentally prepared as I can be for Lydden. I’m just trying to take on board all the advice I am given to build for the future – I can’t wait to get going.”

The RX150 newcomer will continue the preparations for his debut by driving at the Ford RS Owners Club day at Donnington Park this weekend, where Team RX Racing will be present with a number of buggies and Ollie O’Donovan’s FIA European Rallycross Championship specification Ford Fiesta Supercar.

RX150 Rallycross Championship promoter O’Donovan is delighted to have Langley and LOCO Energy Drink involved in the unique RX150 championship. “Kirk visited the test track recently and really impressed me with his driving. He’s a sweet little driver, and I think with more time in a buggy he can challenge at the front in RX150s,” said O’Donovan. “To have a capable new driver join the championship is brilliant, and to have an exciting growing brand such as LOCO Energy Drink involved is also fantastic. The RX150 racing at recent rounds of the British Rallycross Championship has been extremely competitive and I’m looking forward to seeing Kirk go up against some of the best drivers in the class at Lydden.”

RX150 Rallycross Championship standings (after round 5/8): 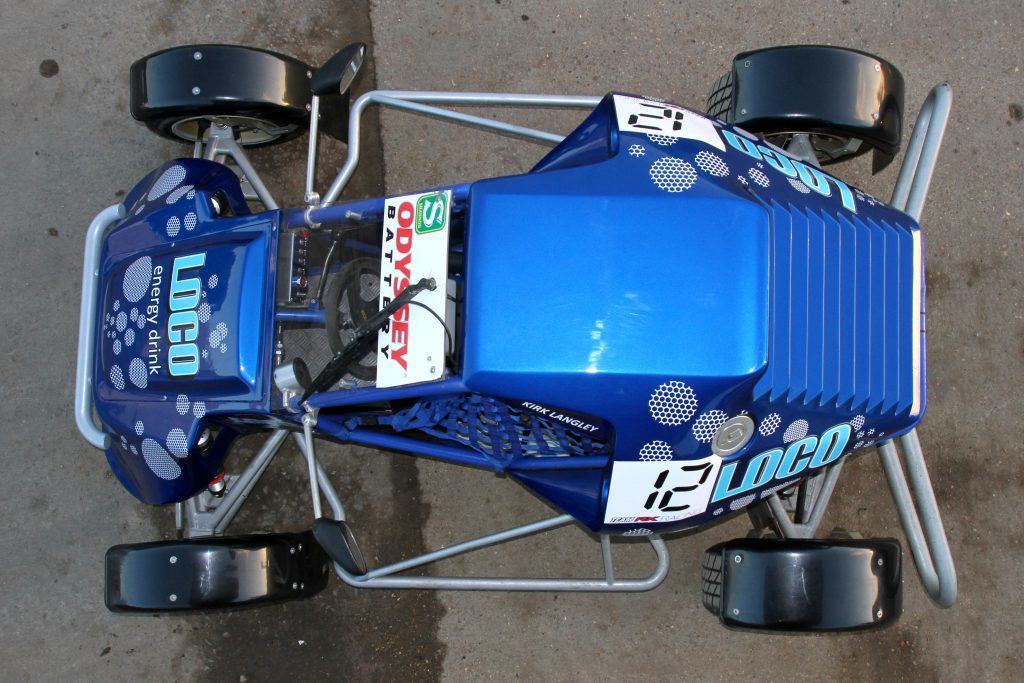