London-based rallycross driver Ollie O’Donovan is aiming for three Lydden Hill August Bank Holiday victories in a row as Team RX Racing head for the sixth round of the MSA British Rallycross Championship at the Kent circuit this weekend.

O’Donovan won at Lydden Hill in his full-time return to the Supercar category in 2014, driving the squad’s Ford Focus Supercar and repeated the success twelve months ago in his FIA World Rallycross Championship specification Ford Fiesta. The 2007 British Champion also led the final at the second round of British RX at the circuit this season, only for a freak technical problem to deny him of victory in the closing stages.

This weekend, the Irishman will campaign the team’s Ford Focus, before heading straight to Loheac in France with its Ford Fiesta for the eighth round of the FIA World Rallycross Championship, the following weekend.

The former rally driver, who is run by Tony Bardy Motorsport, scored three podium finishes in the opening five rounds of the British Championship this season (only missing out in the other two events through mechanical issues) and is currently third overall in the points table, but is actually tied for second place when dropped scores are taking into account.

“We’re due a win. I feel that we’ve had the pace this season, and we’ve been on the podium quite a lot. Things would look different in the championship now if we had finished all of the events, but that’s nobodies fault, that’s just life,” said O’Donovan. “I always go well at Lydden, we almost won there earlier in the year and that’s certainly the plan this weekend. The competition is tough this year, Dan Rooke is obviously very strong, I really think he is a star of the future, and Kevin [Procter] and Julian [Godfrey] can never be counted out. It will be important to qualify near the front in the semi-finals, then try and start on the front row for the final. If we can do that, I think we can come away with a strong result. It will be a busy week, there will only be four days between getting out of the Focus at Lydden to getting in the Fiesta at Loheac.”

Details on the sixth round of the MSA British Rallycross Championship at Lydden Hill can be found on the British Championship website. Keep up to date with action from the event on the Team RX Racing Facebook page. 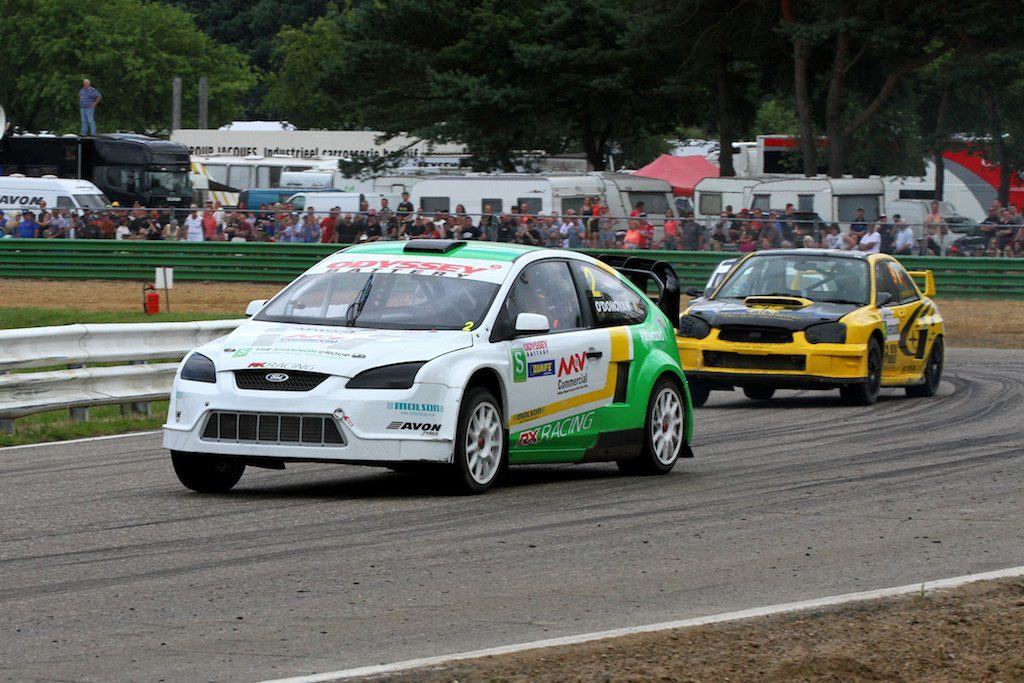