Former champion Ollie O’Donovan won the seventh round of the MSA British Rallycross Championship at Pembrey (September 25) to secure his and Team RX Racing’s first outright victory of the season.

In an event held in mixed weather conditions, O’Donovan put recent poor luck behind him to lead the final from lights to flag and move into a strong position to fight for second overall in the 2016 Championship at the season finale next month.

Racing the team’s Tony Bardy Motorsport prepared Ford Focus Supercar, O’Donovan qualified on the back row of the final grid after a series of qualifying races battling through traffic in the competitive field. As the lights went green in the final, O’Donovan kept a tight inside line at the first corner to take a lead he wouldn’t relinquish until the finish, despite the best efforts of Dan Rooke to snatch victory.

Using years of rallycross and rally experience, O’Donovan defended his lines on the final lap of the race to defeat newly crowned British Champion Rooke by just 0.006 seconds at the finish. “That was very, very close, I was just looking out of the side window on the finish line to see who had got it,” said O’Donovan. “It was a great race with Dan. I got out of the hairpin at the first corner first and was very happy with that, but I had to push as hard as I could because I knew Dan would be chasing me down like a hound. I was asking Tony (Bardy) on the radio when I should joker, but he got it perfect and we were able to keep the lead. I needed this. This year has been disappointing, we’ve been unlucky with a lot of little things happen to us but I’m over the moon to win, and really it’s thanks to the hard work of Tony and the boys.”

The result means that O’Donovan will head to the final round of the series at Croft as part of a three-way fight for second in the points table. “Now we’ve got the win monkey off our backs, I think we can fight for the win at Croft,” he said. “If we can finish second in the championship that really would be a good result after a hard year, and the British Rallycross Grand Prix is the day after the final round and I cannot explain how much I would like to have my name on that trophy.”

Team RX Racing now heads straight to Latvia, where O’Donovan will race the squad’s Ford Fiesta Supercar in the final round of the FIA European Rallycross Championship this weekend, at a brand new circuit near Riga (October 1 – 2). “From what I’ve seen of the track in Riga it looks good. I’m looking forward to it,” concluded O’Donovan. “I’m much happier in the Fiesta now we have solved some small issues and we had good pace in Spain at the last event, so I’m hoping to on the pace again there. I feel like we’re on the form we should be again.” 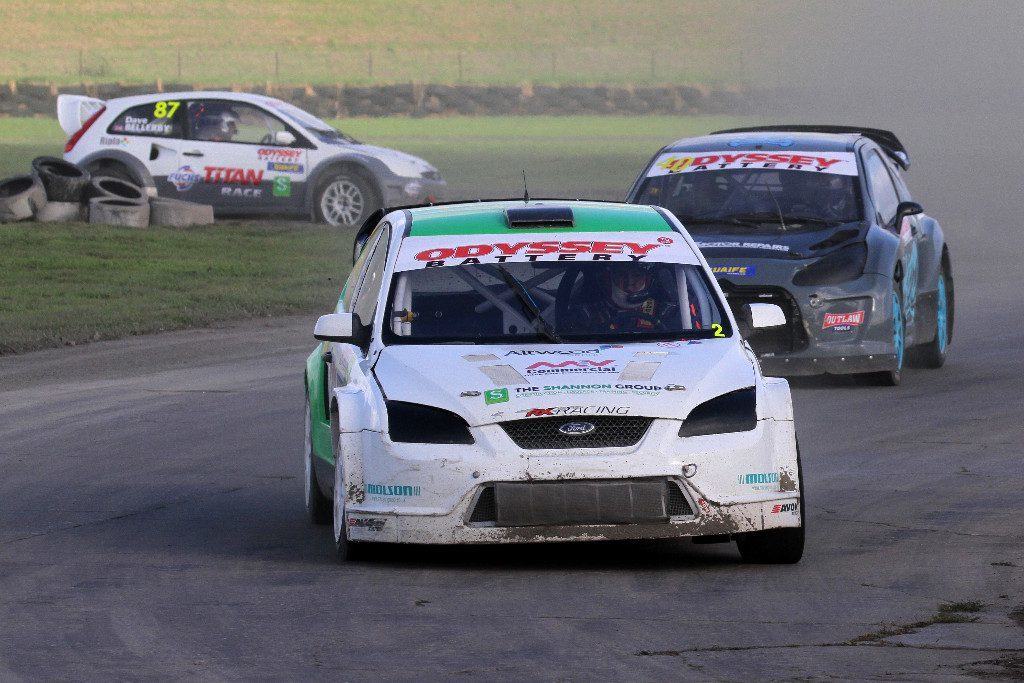