Challenging track conditions greeted the RX150 competitors at the seventh round of the MSA British Rallycross Championship, and it was Jake Harris who set the fastest time in the opening qualifying race of the day, before Palmer struck back with a pair of fastest times in Q2 and Q3 to secure pole position for the final.

In the final, Palmer took the lead at the first corner of the race and didn’t look back to remain undefeated this season. Harris initially ran in second positon, but in an action-packed opening two laps dropped to fourth, while celebrity driver Osian Pryce climbing to second in the ODYSSEY Battery buggy. Stephen Jones, who had qualified second at the Intermediate Classification climbed to third as Harris dropped back.

“It’s been a brilliant day and a brilliant year,” said Palmer. “Everyone made it difficult for me to win today, which was brilliant. It’s always good to have strong competition and the weather conditions made life difficult for everyone. To get the championship under my belt is lovely and I will go to the final round to see if I can take a clean sweep for the year.”

The top three positions remained until the finish, with Harris fourth and Kirk Langley fifth on his second appearance in the category. Mitchel Flaherty retired on lap four. Osian Pryce was involved in contact and spun the ODYSSEY Battery buggy during the qualifying races, but increased his pace throughout the day and was satisfied with a podium. “I was in a comfortable position in the final and people were battling around me. Someone went diving up the inside but I kept out of the way and managed to sneak up the inside into second, and that’s where we stayed,” said Pryce. “I really enjoyed the event. The buggy is different to a car; how to judge the grip levels and stuff. It would be good to have another go, I think I’d be more match-fit next time. Rallycross is brilliant, it’s close racing. That’s what I especially like about the RX150 buggies, it’s very fair. Everyone’s got the same machinery and it’s down to the driver.”

RX150 Rallycross Championship promotor Ollie O’Donovan congratulated Palmer and Pryce on their performances. “Chrissy has been very impressive this season,”said O’Donovan. “It’s not ideal for the championship to have one driver dominate every event, but you can’t take anything away from him, he has been the best driver this year. Osian turned from a rally driver into a rallycross driver in his time in the buggies. He quickly got used to the requirement of being flat out from the word go and it’s great for him that he managed to finish on the podium in the final. The last round will be interesting at Croft, the fight for second in the championship between Jake and Stephen will be worth watching.” 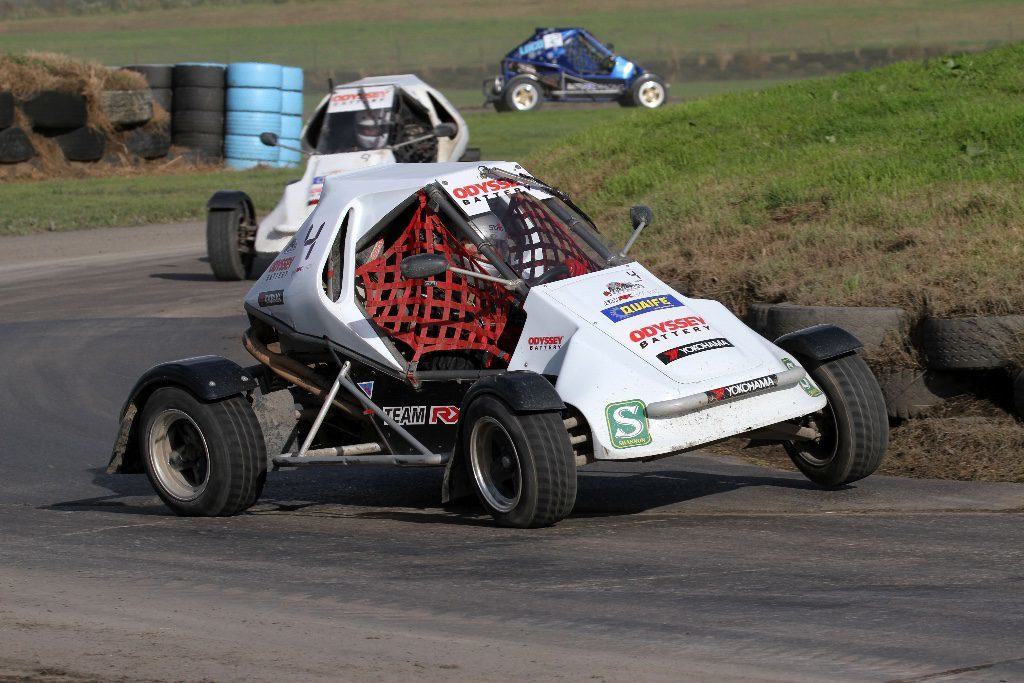