Pryce is one of the most promising young talents in British rallying today. He has been competing in the WRC-supporting Drive DMACK Fiesta Trophy this season, winning events in Portugal and Germany. With the final round of the series taking place in Spain next month, Pryce holds the championship lead.

Not only will Pryce make his rallycross debut this weekend in the RX150 buggy, but the event will mark his first experience of competing at the Pembrey circuit, despite his Welsh heritage. “I’ve always wanted to have a go at rallycross. This is a great introduction to the sport, getting in at the sharp end in the RX150 Championship. I’ll have to learn fast,” said Pryce. “It will be nice to get behind the wheel of something a little bit different to what I’m used too, which is exciting to watch as well. The buggies are not like anything I’ve really driven before but I’m really looking forward to it. I’ve watched a lot of videos; the RX150s look like they put a smile on your face, even just listening to them. I’m sure it will be pretty exciting having all that power sat just behind your seat. I’m just going to hang on and enjoy it.”

Pryce will test an RX150 for the first time at the Team RX Racing test facility near London later this week. “It’s great to have Osian involved in the RX150 Championship for this weekend,” said Championship promoter, Ollie O’Donovan. “He’s a good young driver. I’ve seen him rallying twice before and I’ve been impressed so I’m looking forward to having him in a buggy. It’s good for the event at Pembrey to have a rising Welsh talent there, and I’m sure he will get up to speed quickly. Hopefully the weather is good enough for him to have a test this week and I’m sure he will be fighting for a place on the podium.”

The RX150 Rallycross Championship is led by Chrissy Palmer, who is likely to wrap up the title for the second year in a row at Pembrey this weekend. Stephen Jones and Jake Harris are locked in a battle for second position which looks set to go down to the last race of the season at Croft next month. 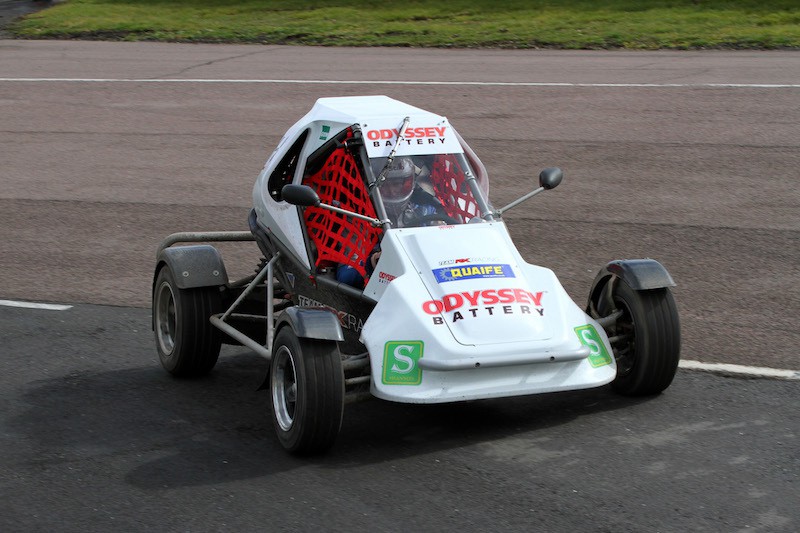