Circuit racer Jamie Caroline will make his rallycross debut at the final round of the RX150 Rallycross Championship at Croft Circuit next week (October 22), driving the ODYSSEY Battery celebrity buggy.

Caroline has been racing in the MSA F4 Championship this season, and claimed his first victory in the series at Brands Hatch recently. He will join a host of regular competitors in the MSA British Rallycross Championship finale, including former Formula Ford Festival winner and double RX150 champion, Chrissy Palmer.

“I’m delighted to have been offered this fantastic opportunity to make my debut in British Rallycross,” said the Pirtek backed driver. “I’ve always been interested in this formula and I can see how much the sport is growing at the moment, so having this experience will be amazing. I absolutely love driving in single seaters, especially in the wet and slippery conditions so it will be interesting to see how I get on with loose surfaces. I love Croft as a circuit too, so I’m really looking forward to seeing what the rallycross circuit offers.”

Drivers from a variety of disciplines have raced the ODYSSEY Battery buggy this season, including Welsh rally drivers Dai Llewellin and Osian Pryce, World Rallycross competitor Janis Baumanis and GT racer Mikaela Ahlin-Kottulinshy. Caroline tested the buggy earlier this week, at the Team RX Racing test facility near London, as he prepared for his debut. “I’ve had the chance to have a quick go in the RX150 and I have to say it’s  an amazing machine,” continued Caroline. “It’s so much fun and I can’t wait to get out and compete at Croft! Massive thanks to Ollie O’Donovan for his time and to British Rallycross for this opportunity!”

RX150 Rallycross Championship promoter Ollie O’Donovan was impressed with how quickly Caroline got up to speed in the RX150 at the short test session. “Jamie was really good. He was very neat and very precise,” said O’Donovan. “It took him just two laps to get his head around having to rev the buggy engine hard, he’s really on it! I was impressed with how he adapted his circuit racing skills to sliding the buggy around on the loose, and placing it where he needed to. I think he can certainly fight for a podium next weekend at Croft.” 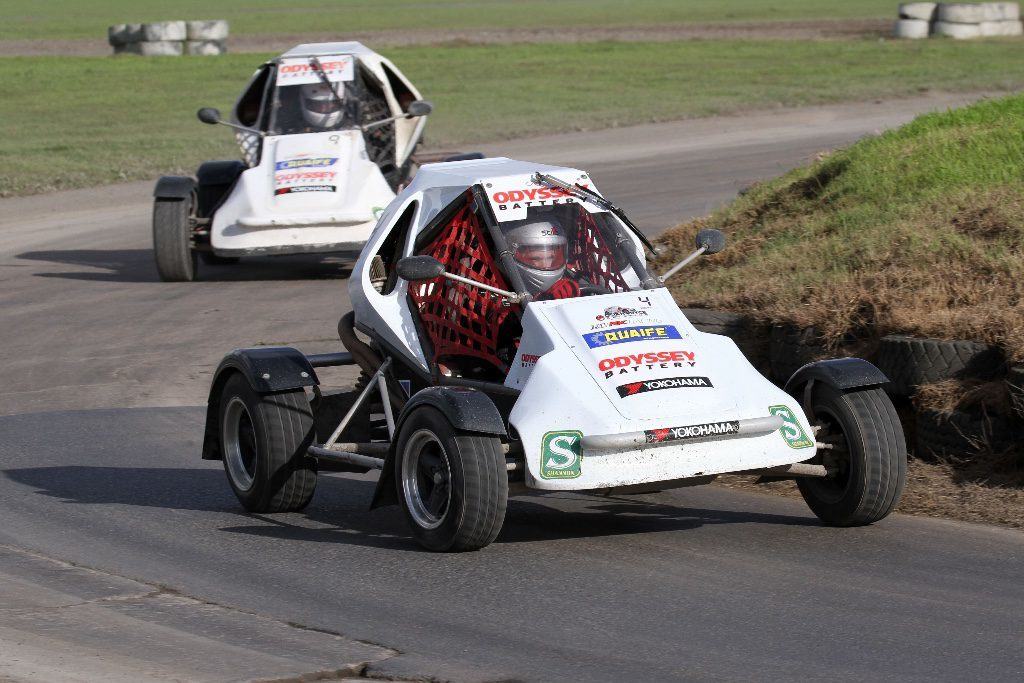