Palmer, who had already wrapped up the 2016 title at the penultimate round of the buggy series at Pembrey, qualified on pole position for the final, but it was British F4 driver Jamie Caroline who made the best start to lead on lap one. Palmer was able to find a way passed Caroline at the hairpin on the first lap, as Langley also passed the new driver to move up to second. The top three positions remained the same throughout the remaining laps, Caroline dropping back slightly with a minor mechanical problem.

The final round of the championship was all about the fight for second in the points,  between Stephen Jones and Jake Harris. Jones failed to finish Q3 in the event and started on the back row of the grid for the final as a result, while Harris shared the front row with Caroline and Palmer. As Jones climbed the order at the start of the final, Harris dropped to fourth. Up front, Palmer won from Langley and Caroline while Harris just beat Jones to the finish, the result meaning the pair ended the year tied on points, Jones claiming second position on results count-back.

Caroline, who has been racing the ODYSSEY Battery celebrity buggy, enjoyed his RX150 debut. “This experience has been mega, I’ve really enjoyed it,” said Caroline. “It was really unfortunate in the last race, I was battling with Chrissy but he went up the inside of me and I ran a bit wide. Then I was catching Kirk but then we had a small problem, but I managed to hang onto third. Taking into account the fact that that I came here without much testing, I think it’s gone pretty well. Everyone is so friendly, I’d like to come and do a bit more next year.”

On Sunday, the RX150 category supported the MSA Rallycross Grand Prix in a standalone event, but it wasn’t a good day for 2016 champion Palmer who retired from Q2 with electrical problems, where his event ended. Two fastest times secured Langley pole positon for the final, from where he led the race throughout to score his first victory, and become the only driver other than Palmer to win an event this season.

The battle for second was a close-run affair. Brett Harris initially held the position on lap one before Kevin Feeney climbed from fourth to second at the end of the first tour, before dropping back behind both Harris and Jones. The top four positions remained to the finish, while Adam Sargent was unlucky to crash out at the start of the last lap coming off the loose section.

“This weekend has been amazing. I found a good rhythm towards the end of Saturday and scored my personal best result, but I knew I could find more pace in certain corners,” said LOCO Energy Drink backed driver, Langley. “I watched some on-board videos overnight and it was spot on all day today. I had a nice clean windscreen which was lovely and the buggy was amazing. I can’t thank Team RX Racing and Loco Energy Drink enough.”

RX150 Rallycross Championship promoter Ollie O’Donovan enjoyed watching the action-packed racing in the RX150 division over the course of the weekend, and was pleased for both Caroline and Langley in their respective successes. “It was a really good weekend of racing in the buggies. I was very impressed with Jamie on Saturday and it would be great if he came back for more next year. The battle between Stephen and Jake went right down to the wire and it’s amazing they finished on equal points, there’s been nothing to split them all year,” said O’Donovan. “I’m really pleased for Kirk that he scored his first win on Sunday, he was dominant in the final and has really improved since his debut in August.” 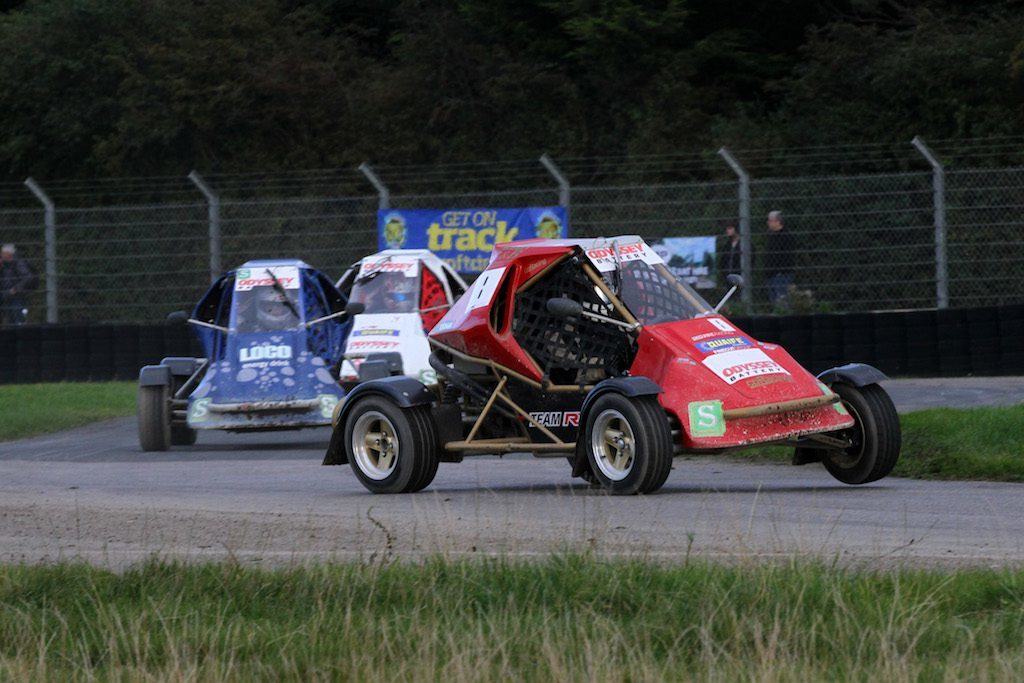