Permanent FIA European Rallycross Championship racer Ollie O’Donovan enjoyed his best international rallycross performance of the season at the final round of the Euro RX series in Latvia (October 2).

Racing on a brand new rallycross circuit near Latvia’s capital city, Riga, O’Donovan was 15th and then 14th fastest in the first two qualifying races on Saturday, despite being pushed off by another car in Q1 and being held up in Q2. Driving the Team RX Racing Ford Fiesta Supercar, London-based O’Donovan was just outside the semi-final positions overnight. While day one had been dry, the second day of action made way for monsoon like conditions, and O’Donovan was eighth and then 10th fastest in Q3 and Q4 to move into the top 12 and start in the semi-finals for the third time in 2016.

Making a trademark good start as the rain eased slightly for the semi-finals, O’Donovan climbed to third, which would have qualified him for a place in the final, only to run wide at the circuit’s loose surface hairpin and drop down the order. The former MSA British Rallycross Champion finished a strong fourth in semi-final two, just a second behind a chance of starting in the final. The points haul from the event moves the Irish driver from 17th to 15th in the final Euro RX standings, in his second full-time campaign in the Tony Bardy Motorsport run Supercar.

“We had a pretty frustrating time on day one to be honest. I got pushed off in Q1, so the time would have been well in the top ten if it hadn’t been for that, then we got stuck behind a slower car in Q2,” said O’Donovan. “I like the wet conditions, and it was really wet on the Sunday. I pushed hard, but was cautious that pushing for an extra second over a race distance could also end in disaster and it was great to get into the semi-finals. Going to Latvia, we wanted to try and get into the final, which we nearly managed. I was third on the first lap but made a mistake and lost some time. It’s a shame not to have been in the final, but it was a much better end to the season than how it started, so I’m happy. The event in Latvia was amazing, a huge amount of fans stayed out all day in the rain on Sunday and the loose surface of the track held up to the conditions fantastically.”

The team will now move its focus to the final round of the MSA British Rallycross Championship and MSA British Rallycross Grand Prix, which take place in three week’ time at Croft Circuit (October 22 – 23). “We are well in the fight for second place in the British Championship, and after a difficult year with niggling problems it would be great for me, the boys and our sponsors to finish second in the points, in one of the most competitive seasons for years,” concluded O’Donovan. “I’m also really looking forward to the Grand Prix too. As I’ve said before, I really want my name on that trophy.” 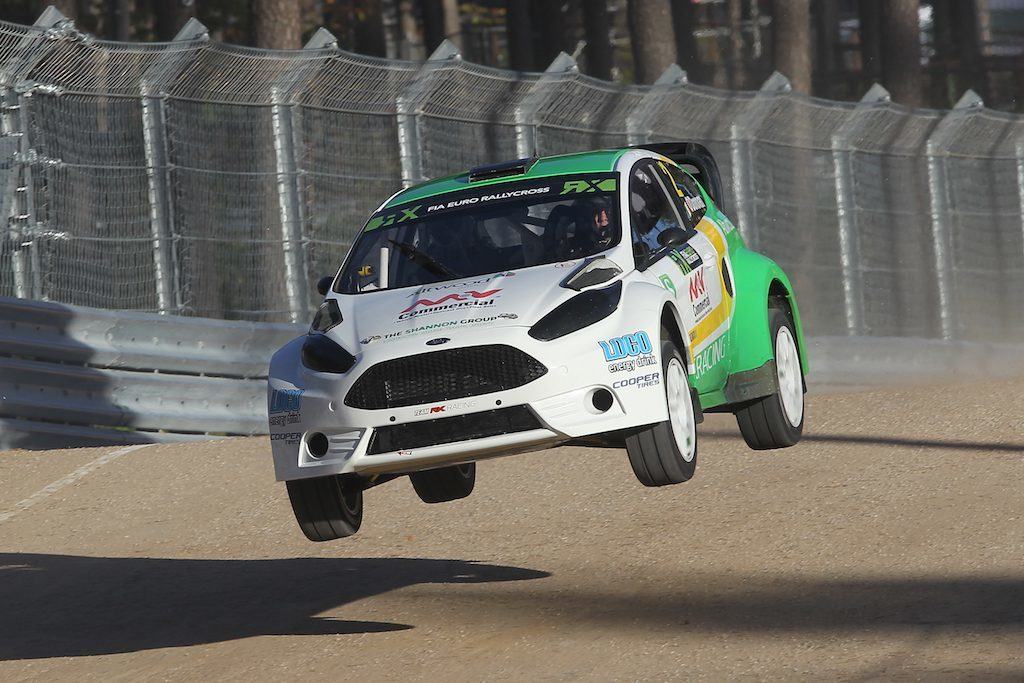