International rallycross driver Ollie O’Donovan ended his 2016 campaign on a high by winning the final round of the MSA British Rallycross Championship on Saturday at Croft Circuit (October 22) to claim second in the series standings. The former British RX champion also ran in podium contention in the MSA British Rallycross Grand Prix on Sunday (October 23) at the same venue, but was slowed by broken windscreen wipers.

The two drivers ran first and third in the final on Saturday and appeared set for a double podium finish, but the race was forced to be re-started following an incident and while O’Donovan battled power steering problems to make a decisive move around the outside of the field at the first corner to take the lead of the race, Bardy battled his way to sixth. O’Donovan’s second victory of the season lifted him from fourth to second in the championship standings, behind champion Dan Rooke.

“Saturday’s final was very hard work. I pushed as hard as I could at the start of the re-run, around the outside at the first corner was the only move I had because I could hardly steer the car,” said O’Donovan of the British RX finale. “I was rotating the car using the handbrake and throttle through the whole race. It’s really nice to finish the year with two wins (at Croft and Pembrey), it’s a pity we didn’t have a better time earlier in the season because we could have fought for the championship, but second is much better than I expected a couple of months ago, so I’m happy.”

On Sunday, both drivers qualified for the Grand Prix B final, and as O’Donovan won by a considerable margin to move into the Grand Prix final, Bardy managed to finish fourth despite the Focus’ left front wheel parting company with the car on the final lap. The Tony Bardy Motorsport technicians worked hard to repair the car in the short time available, but just missed out on making it onto the grid for the final.

O’Donovan made another blinding start as the lights went out in the prestigious Grand Prix final and climbed to third at the first corner, but was slowed by broken windscreen wipers being unable to clear his Fiesta’s windscreen.

“I was very happy with my start in the Grand Prix, it felt fabulous going down the back straight on the first lap, and I was starting to have a look at Dan Rooke for second but then the wipers stopped,” he said. “They came back on but then went off again and on lap three they stopped forever – that was it. I had pace notes over the radio from Tony Bardy, that was quite interesting! I’m disappointed not to have won the Grand Prix because I would love to do that, but we didn’t have a great second day. It was a shame that Tony missed the start of the final by a couple of minutes, it’s been great to have him driving the Focus this weekend and I think he reminded a lot of people how good he is.”

Team RX Racing is working on plans for the 2017 season, and will release further news in due course. 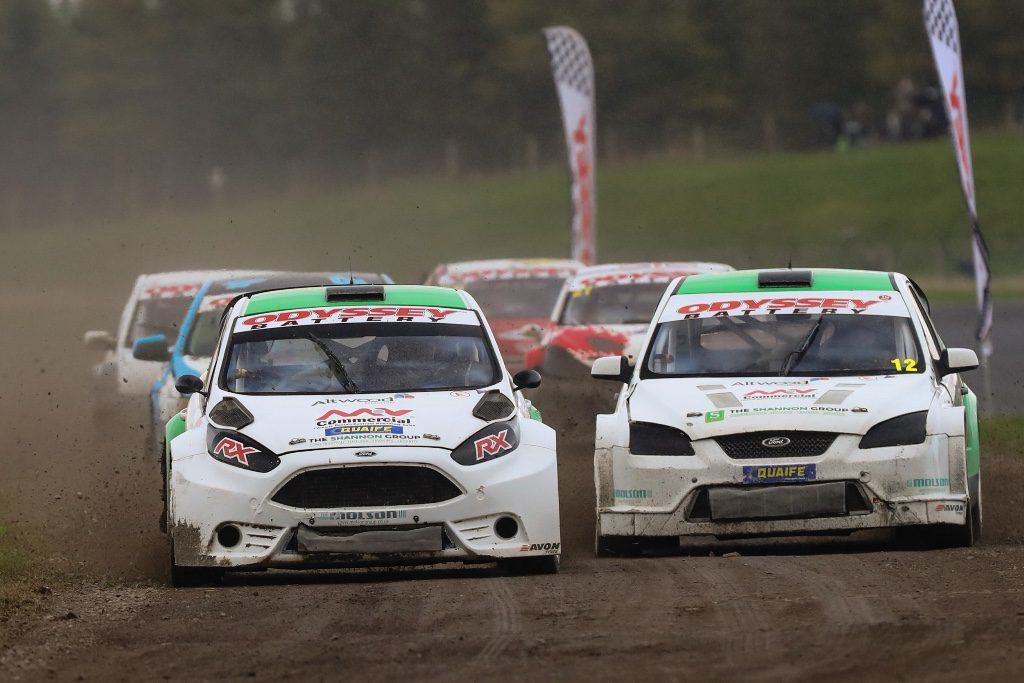