The final round of the RX150 Rallycross Championship takes place on Saturday at Croft Circuit, North Yorkshire (October 22), with the buggy category also supporting the MSA British Rallycross Grand Prix on Sunday (October 23) this weekend.

The RX150 Championship crown has already been secured by 2015 title-holder Chrissy Palmer. The former Formula Ford Festival Champion has won every round of the season so far and is targeting a clean sweep of victories this weekend.

But, while Palmer is the clear winner of the title this year, the fight for the runner-up spot couldn’t be closer. Stephen Jones and Jake Harris have fought hammer and tongs all year, and are separated by just one point ahead of the season finale. Every point counts this weekend and each driver will need to finish ahead of the other to come out on top.

The top three in the points race won’t have it all their own way however, as British F4 race-winner Jamie Caroline will make his rallycross debut in the ODYSSEY Battery celebrity buggy. Caroline experienced an RX150 for the first time at Team RX Racing’s bespoke test facility near London recently and could cause an upset in the single-make category this weekend.

Loco Energy-backed Kirk Langley made his debut in the series halfway through the year and has already finished on the podium (at Lydden Hill). The Liverpool-based driver will be targeting an improvement on his personal best result of third and will also be in the podium hunt on both days at Croft Circuit.

Larry Sargent returns to the Championship in the last of his selected 2016 appearances, driving his distinctive orange RX150, while Mitchell Flaherty will race at the event without pressure having already secured fourth in the points.

On Sunday, as Jake Harris moves to the Supercar category – proving the strength of the RX150 series as a learning ground – his brother Brett will take the wheel of his RX150, having spent time racing a Swift Sport this season.

“This weekend is set to be a really exciting one in the RX150s,” said championship promotor, Ollie O’Donovan. “Chrissy has been the dominant force this season and I know he wants to win all the rounds, but I really believe the fight between Stephen and Jake will push them both on and they can challenge Chrissy for victory. I wish them both luck in the battle for second in the points. It’s great to have Jamie joining us in the ODYSSEY buggy, he impressed me at the test and if he can get his head around the circuit quickly I’m sure he’ll be on Chrissy’s heals too. There’s considerable depth to the field this weekend, calling the results is impossible.”

Details on the final round of the MSA British Rallycross Championship at Croft including full entry list, timetable and admission prices can be found on the British Championship website. 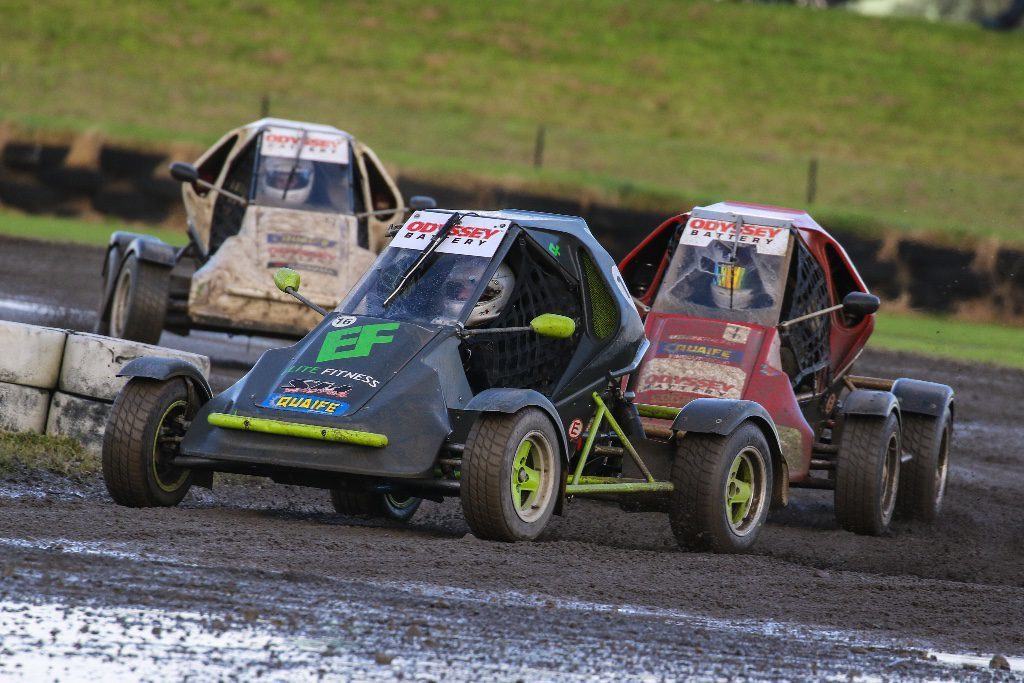