The Croft double-header will mark the first time since Mondello Park last year that both of the team’s cars have been run at the same event. O’Donovan is hoping that switching to the Fiesta, in which he showed good form in Euro RX rounds in Spain and Latvia recently, will help him in his quest to finish second in the British RX points.

“Croft should be a really good weekend. I’m going to do my upmost to finish ahead of Dave (Bellerby) and Julian (Godfrey) to grasp second in the championship. It won’t be easy but I’m really keen to get a good result. We’ve had good pace all year but not a huge amount of luck. That has been better in recent events so I’m feeling good,” said the London-based Irishman. “It’s great to have Tony out in the Focus. It was on the podium at the first round of the year at Croft, and Bardy’s no slouch, so that will be exciting. I’m also really looking forward to the Grand Prix. It’s a prestigious event and that’s a trophy I would really like my name on. A lot of great rallycross drivers are on there and we need to end Julian’s run of Grand Prix wins too.”

Bardy is no stranger to racing a rallycross Supercar at Croft, the experienced driver having campaigned a Peugeot 306, Opel Astra, Ford Puma and Citroen C4 amongst other machinery in the last decade. The Tony Bardy Motorsport owner competed on the Mull Rally last weekend but was forced to retire at the end of the second stage with a minor electrical problem.

“I’m looking forward to it, but I don’t know how it’s going to go. I’ll try my hardest to do what I can. It would have been good if I’d done more of the rally last weekend, I would be feeling a bit sharper but I should sort of know the track at Croft so we’ll be alright,” said Bardy. “The racing is a bit different to how it used to be, but it’s just a car at the end of the day. It will also be good to see what Ollie can do in the Fiesta in the British Championship after he’s been racing it in Europe all year. Let’s just hope we don’t end up in the same heat together to start with, but I’m sure that will be fine.”

Details on the final round of the MSA British Rallycross Championship at Croft including full entry list, timetable and admission prices can be found on the British Championship website. 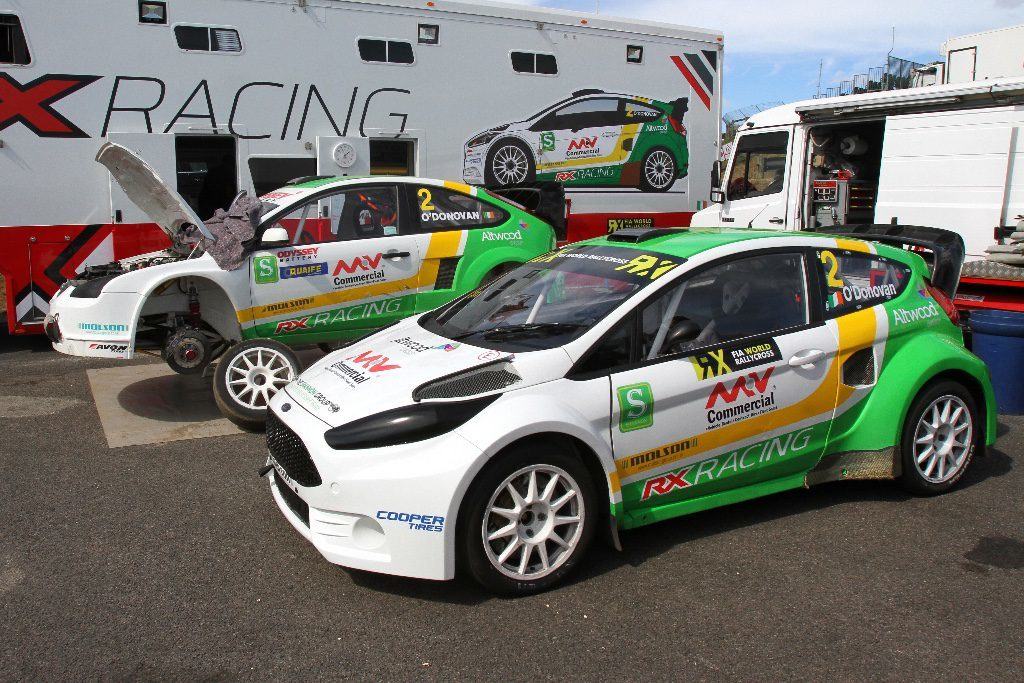