In the Live Action Arena, the 50th anniversary of rallycross was celebrated with a performance from rallycross stars and cars through the years, Team RX Racing playing a major role in putting the performance together. 2007 MSA British Rallycross Champion Ollie O’Donovan drove his British RX event-winning Ford Focus Supercar in the arena on Thursday, Friday and Saturday, before multiple FIA World Rallycross Championship event winner Andreas Bakkerud arrived from Norway in time for Sunday’s action, and performed for the crowds in O’Donovan’s Focus, sporting a revised livery. Former European Rallycross Champion and fan favourite Bakkerud concluded each performance by standing out of the door of the Focus on the roll cage and waving to the crowds.

Also in action in the arena was Team RX Racing’s preparation expert, Tony Bardy, driving a Retro Rallycross Championship Ford Escort MkII. RX150 Rallycross Champion Chrissy Palmer drove his title-winning buggy, as did former guest celebrity drivers Janis Baumanis and Reinis Nitiss, the trio returning to the RX150 machines to perform donuts for the crowds after the Supercar runners. “I think everybody was very happy with the show in the Live Action Arena, the rallycross boys really had their act together and it was fantastic. The whole thing was a great success, with the likes of Guy Wilks, Janis (Baumanis) and Reinis (Nitiss) showing why they are such competitive drivers in World RX with some great performances,” said Team RX Racing owner, Ollie O’Donovan. “Andreas (Bakkerud) coming for the final day was great to top off the weekend in the arena.”

“The Loco Energy Drink stand in the show was very positive on all fronts, we had a lot of interest in rallycross and the RX150 Rallycross Championship. The new livery on the Fiesta was well received and there have been some good contacts made for us all. The Autosport Show was a great way to start the season and we’re looking forward to the first round of the British Championship in March.”

Team RX Racing were also involved in setting a new World Record with Terry Grant at the Autosport Show, performing a loop-the-loop with a passenger for the first time ever, in an RX200 buggy. Click here to find out more. 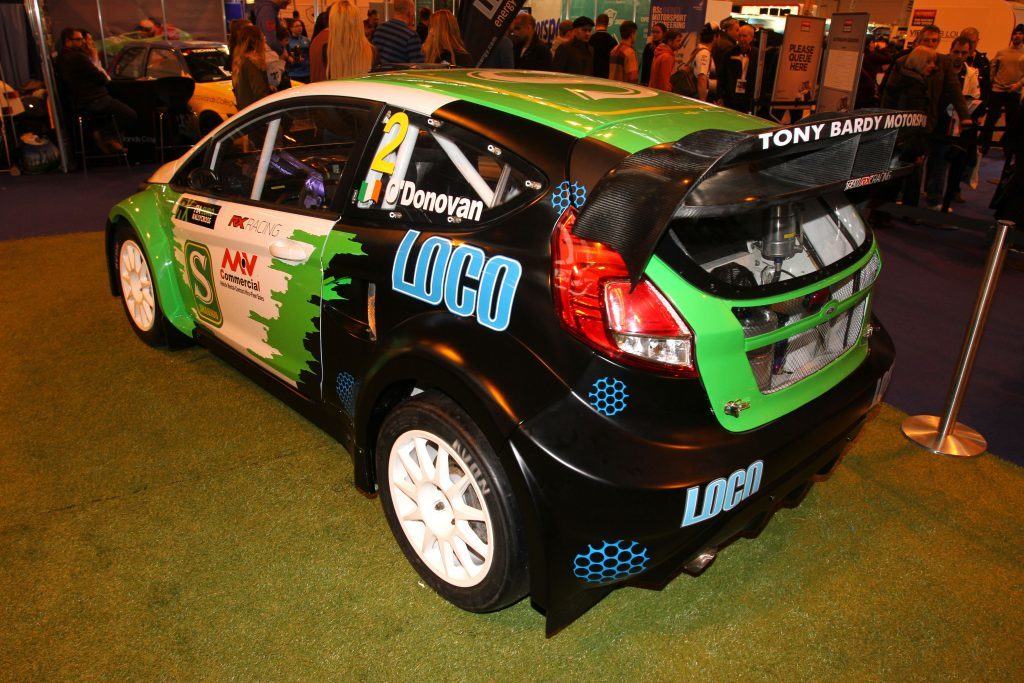