Team RX Racing played a significant role in a new World Record that was set at the Autosport International Show in Birmingham last weekend.

Partnering stunt driver Terry Grant, Team RX Racing provided a loop-the-loop to form the finale of the Live Action Arena performance and a specially adapted RX200 two-seater buggy, where the World Record for performing the stunt for the first time ever with a passenger was recorded.

With multiple-World Record holder Grant at the wheel and the UK’s number one freestyle stunt rider Lee Bowers joining him in the buggy for the majority of the performances as passenger, the pair had to hit the ramp of the three-story loop at exactly 36 miles per hour to successfully complete the stunt and return to the ground safely, pulling 7G on entry (a force seven times the occupant’s body weight).

“It’s a new twist. I’ve done a loop-the-loop many times before over the last five or six years, but this time was actually the first time ever in the world with a passenger. It was great fun,” said Grant, for whom it was his 24th World Record. “It didn’t faze me really, I get myself in the zone and just go for it, but on the engineering side, two-up in the buggy required a lot more speed and we have a lot more weight on-board too. I’ve had to be in training otherwise all the organs get mixed up inside your body.”

During the performances in the Live Action Arena, where Grant successfully completed the stunt 13 times over four days, the buggy required adaption to deal with the forces involved. “The physical engineering on the buggy has been a challenge,” continued Grant, who also works with SHP Engineering on his stunt vehicles. “We tried it first and crashed in a big way. We had to rebuild it and redesign the rear suspension, but we felt so confident after the crash that we removed all of the safety netting. There’s been a lot of clever people involved to make this happen and it’s great to have another World Record.”

Team RX Racing owner Ollie O’Donovan was delighted to be involved in the creation of the Loco Loop and to have assisted Grant in achieving the World Record. “It’s been an amazing build up. We’ve spoken about it for over a year,” said O’Donovan. “We are fortunate to get our hands on the loop and when everything worked in the first test on Tuesday, it was really good. It’s been incredibly hard on the buggy, now we’ve seen the pitfalls we can re-design the rear suspension, but we made changes on site and it went very, very well. To be involved in a world record for Team RX Racing is absolutely amazing.”

Grant was joined in one of the performances on Sunday by fellow Monster Energy driver and six-time FIA World Rallycross Championship race winner Andreas Bakkerud from Norway. “That was the craziest thing I have done in 2017,” said Bakkerud, who is team mate to Ken Block in World RX. “I absolutely hate being a passenger, but I’ve seen Terry performing at World RX events and different places and the shows he puts on are just insane! He has so much control with everything he does and I knew he would not have done it if it wasn’t safe. I put my life in his hands and it went really well.” 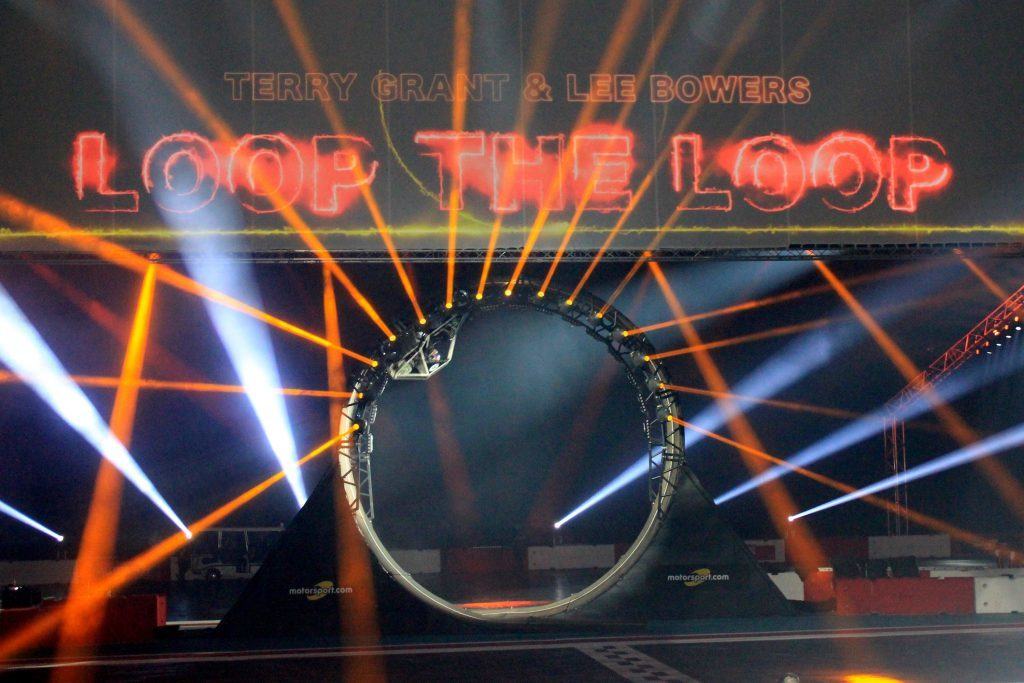