British and European rallycross squad Team RX Racing will return to the annual Autosport International Show in Birmingham next week (Jan 12 – 15) with a vengeance, performing as part of a celebration of the 50th anniversary of rallycross in the Live Action Arena, as well as presenting a static display for competitors and fans.
Team RX Racing has been instrumental in creating the 50 years of rallycross celebrations in the Live Action Arena, where the team’s lead driver, Ollie O’Donovan, will perform in the FIA European Rallycross Championship event-winning Ford Focus Supercar, alongside a range of drivers and cars from across the entire history of the sport. Team RX Racing’s preparation expert Tony Bardy will return to the driving seat in a front-wheel drive Vauxhall Astra that he previously raced in British and European Rallycross Championship events in the 1990s.

As part of a static display (hall 7, stand number 7015), Team RX Racing will present its plans for the 2017 season, and will reveal the squad’s FIA World Rallycross Championship specification Ford Fiesta Supercar’s 2017 livery, with exciting new partners. Alongside the British RX event-winning Supercar will be an RX150 buggy, with driver announcements ahead of the 2017 RX150 Rallycross Championship taking place on Thursday.

“We had a stand at the Autosport Show last year and had a great response from competitors and fans, but it’s really special this year that we are able to celebrate the 50th anniversary of the sport in the Live Action Arena,” said Team RX Racing owner and driver, Ollie O’Donovan. “We have worked hard with Shirley Gibson from the Retro Rallycross Championship to put the rallycross performance together and it’s very exciting to have such a fantastic list of rallycross names for the crowds to enjoy across the four days. I’m personally really looking forward to driving in the arena, I’ve done it in the past and it’s a lot of fun. I also can’t wait to reveal the new livery of our Euro RX Fiesta Supercar on the stand; we have some exciting news about our plans for this season to announce and some news about the RX150 Rallycross Championship too. It’s going to be a busy but fun weekend.”

Click here to buy tickets and find information about the Autosport International Show. 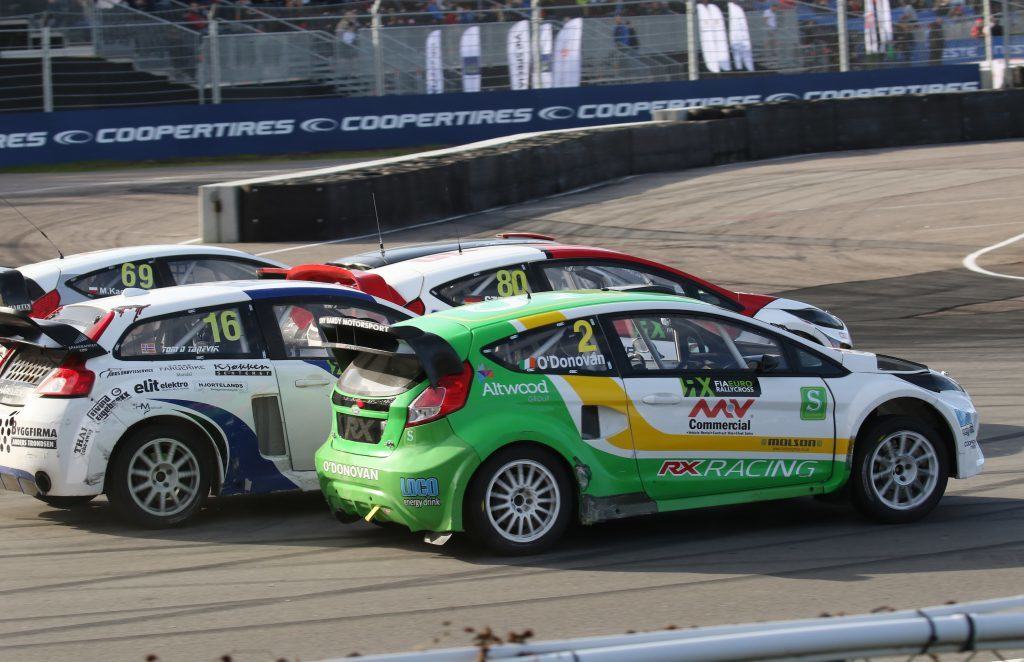