Harris has contested selected events over the last five years. He raced in the Swift Sport Championship in 2016, but took the wheel of an RX150 in the MSA British Rallycross Grand Prix support category to end last season and finished second. He will return to the single-seater single-make series this year, supporting the MSA British Rallycross Championship over nine rounds. In 2012, Harris finished third overall in the series.

The Essex-based driver will race the buggy that brother Jake used last year, Jake Harris having moved up to the Supercar category for this season, proving what a solid development category the RX150 division is for those moving up to the top level in rallycross.

“The buggy is available again with Jake moving to Supercar and I’m really looking forward to the challenge. I’m doing a full season this year after five years of just a few meetings every year,” said Harris. “This gives me a chance to get a little more serious. It’s great having my dad and Jake around at events (who also race in rallycross). It’s a great way to bond away from the daily routine. We are always sharing advice on car setup and the best racing lines, but as we all know, in rallycross anything can happen and then you are out on your own.”

The RX150 Rallycross Championship is set to be the most competitive it has been for a number of years this season, and Harris is looking forward to the challenge. “The main aim is to try and win the Championship,” he said. “The buggies are a great adrenaline rush. They certainly keep you on your toes and can be very twitchy on the loose gravel. There’s never a dull moment in these little power machines. I love the challenge of having great drivers around you with experience, it keeps you on the edge and I’m sure we’ll have some great wheel-to-wheel racing this year.”

Championship promotor Ollie O’Donovan believes that Harris can be a front-runner in 2017. “Brett impressed me when he was on the pace straight away at the Grand Prix last October, after more than a year out of a buggy. I’m looking forward to seeing what he can do this season in his first full championship for some time,” said O’Donovan. “The grid for this season is looking really strong, it’s going to be difficult for everybody to fight their way to a podium finish, and that’s how it should be. I’m really looking forward to the opening round at Croft.”
2017 RX150 Rallycross Championship calendar here. 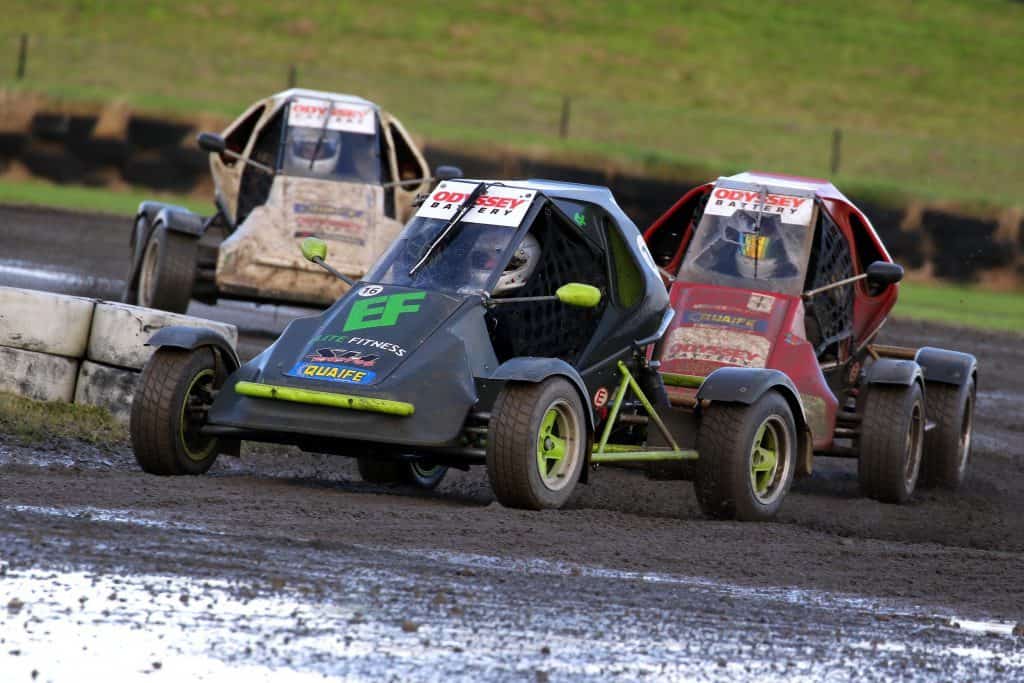