The Irish driver has claimed the overall BTRDA Clubmans Rallycross Championship title for the last two years, racing a Peugeot 106 in the Production Category to many final victories. Seeking his next challenge, Ward will step up to the RX150 buggy category in the MSA British Rallycross Championship this season, driving the machine previously raced by Richard Moore.

Following a short run in the RX150 at the Team RX Racing test facility near London before Christmas, Ward has already competed in a rally sprint at Nutts Corner in Northern Ireland with the aim of learning the characteristics of the single-make, rear-wheel drive, single-seater buggy ahead of the opening round of the season at Croft Circuit in March (19th). Ward also raced at his home circuit, Mondello Park near Dublin last weekend, racing under a guest entry in the first round of the Irish Rallycross Championship to increase his seat time in the buggy.

“We’re going to do the full season in the RX150. Hopefully we can learn quickly, we’re looking forward to some good racing and hopefully we can get some good results. I’m up against some serious competitors this year – some serious drivers. It’s a massive step up for me. The RX150 is totally different from the Production car – it’s a completely different way of driving. I’ve never raced anything like this, or as quick as this before, so it will be interesting,” said Ward.

“I’ve raced at most of the tracks, except Lydden Hill, so it should be alright in that respect. We just need to get as much seat time as possible before the season, so we used the race at Mondello as a test. We had a great time driving the buggy and made a few changes to the suspension settings and tyre pressures throughout the day. We’re very happy with it and looking forward to the season.”

RX150 Rallycross Championship promotor Ollie O’Donovan believes Ward’s participation this year will help the category enjoy its largest grids for some time. “It’s fantastic that John is joining the RX150 Rallycross Championship this season. He’s clearly a very good rallycross driver, and despite having a lot to learn in the buggy I’m sure he can get up to speed quickly,” said O’Donovan. “The fact we have a driver willing to travel with his own buggy from Ireland for every round of the Championship shows that we are moving in the right direction to grow on our strong platform this year. I’m really looking forward to going to Mondello Park with the Championship in July, a circuit where John will definitely have the best local knowledge of any of our regular competitors.” 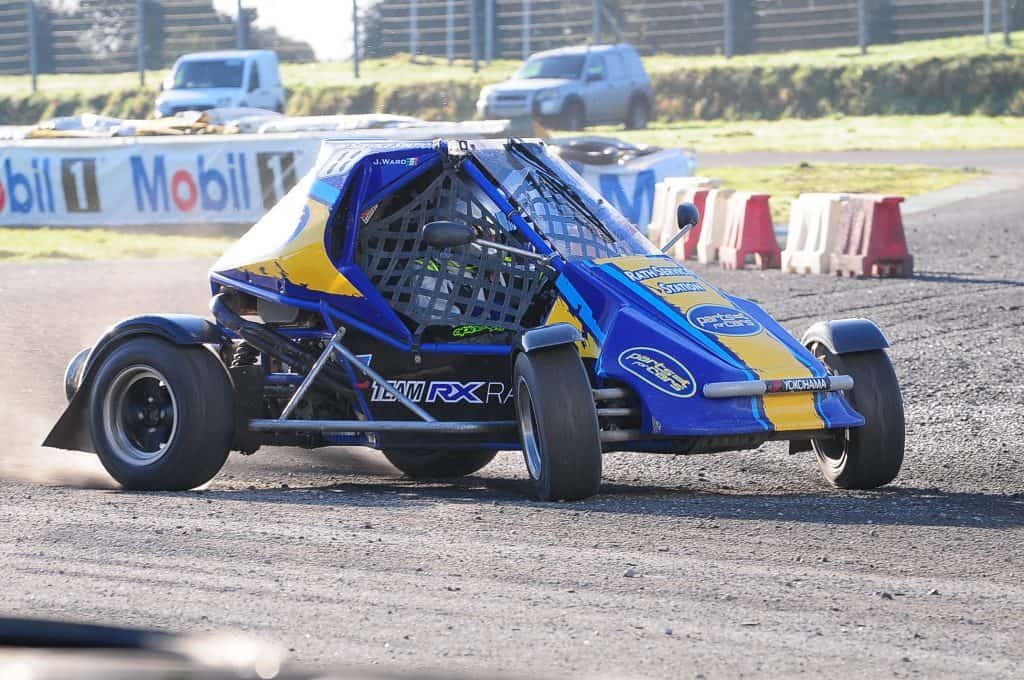