Multiple FIA World Rallycross Championship race-winner Andreas Bakkerud has released the latest video in his #BakkerudLife vblog series on his recently launched YouTube channel, about his day spent with Team RX Racing at the Autosport International Show in January.

“The Autosport show was a new experience for me and it was great to reach out to so many rallycross fans. I had good fun for the whole time I was there,” said Bakkerud. “Driving Ollie’s Supercar was a great experience where I could practice my driving skills in a different way. It’s always fun to drive a four-wheel drive car with 600bhp and to put on a good show in front of enthusiastic fans. Doing the loop-the-loop with Terry Grant in the buggy was a great experience too, but it still frightens me and it’s something I will never do again. The whole show is so much more than just driving in the arena, that won’t be the last time I visit.”

“It was fantastic to have Andreas join us at the Autosport Show, along with Reinis Nitiss, Janis Baumanis and Guy Wilks representing the top level in World RX,” said Team RX Racing owner, Ollie O’Donovan. “Rallycross Supercars are special machines, but Andreas has proved time and time again in World RX that he is World Championship winning material and it was a pleasure to sit next to him when he drove my Ford Focus. We worked hard to get the loop-the-loop stunt together with Terry and it’s fantastic that not only were we able to break the World Record, but great that we managed to give Andreas the experience of being a passenger too.” 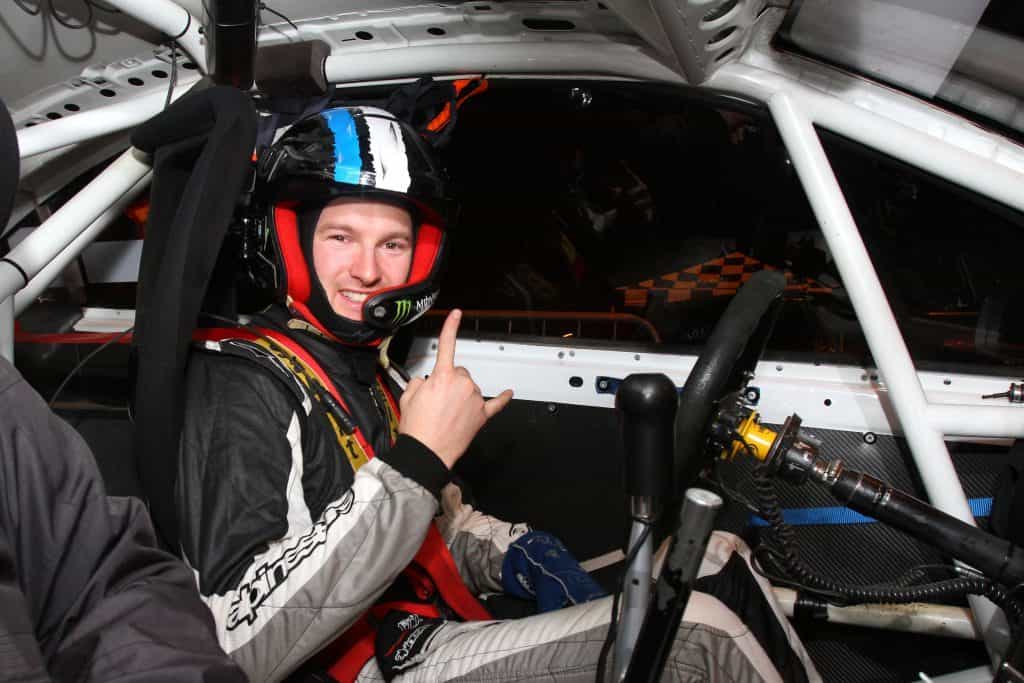