The MSA British Rallycross Championship support class has increased in strength and depth for 2017, with a number of new and returning drivers on the grid at Croft.

Palmer was fastest in each of the three qualifying races, chased by the only driver other than Palmer to win an event in 2016, Krik Langley, who was victorious in the MSA British Rallycross Grand Prix support category last October.

Langley was second in each session to line up second on the grid for the final. Joining Palmer and Langley on the front row was newcomer John Ward, who traded times with Brett Harris in the qualifying stages of the event to secure the front row slot.

As the lights went green, Palmer took the lead into turn one while Ward slotted into second and Adam Sargent, who joined Harris on the second row, tried a move around the outside that didn’t work out. He ran wide into the gravel trap and dropped down the field, as did Harris. In the first corner squeeze, Jake Taylor climbed up to fourth from the back row, while Larry Sargent also gained places.

The top three began to pull away at the front of the pack in the early stages. At the same time, Palmer increased his margin over Ward and the Irish driver also began to gap Langley. The podium positions remained the same to the end, while behind Taylor finished fourth, fending off a challenge from Mitchell Flaherty.

“That was a great day, I’m very happy,” said Palmer. “The track was pretty good, they’ve added a new kerb on the loose hairpin which made it a little trickier, so that was enjoyable. I had to work hard for the win today, which was great. My old rival Marc Scott came to watch too and it looks like he will come and race at the next round at Lydden. If he does, we’ll all have some great battles I’m sure.”

Harris came home sixth ahead of Adam Sargent and Georgia Shiels. While the former rally driver was one of three newcomers to the RX150s at Croft, Shiels was the only driver with no pervious rallycross experience. She improved throughout the day and finished eighth in the final. Larry Sargent completed the list of finishers.

“The racing was really good at Croft. It was nice to see John Ward coming into the championship and picking up second on his debut. He’s a good driver, it’s good that he was on the pace and I think there is more to come from him this year,” said RX150 Rallycross Championship promoter, Ollie O’Donovan. “Brett can be a regular podium finisher too this year, and I think both Jake and Georgia settled into the buggies well. I was impressed with how much Jake improved and there is more to come from him yet still. Georgia’s confidence in the buggy and racing in rallycross will grow as she gets more experience. I’m sure she will get quicker with every event this year. It was a strong start to the championship and I’m looking forward to round two.”

The second round of the RX150 Rallycross Championship takes place at Lydden Hill on April 17. 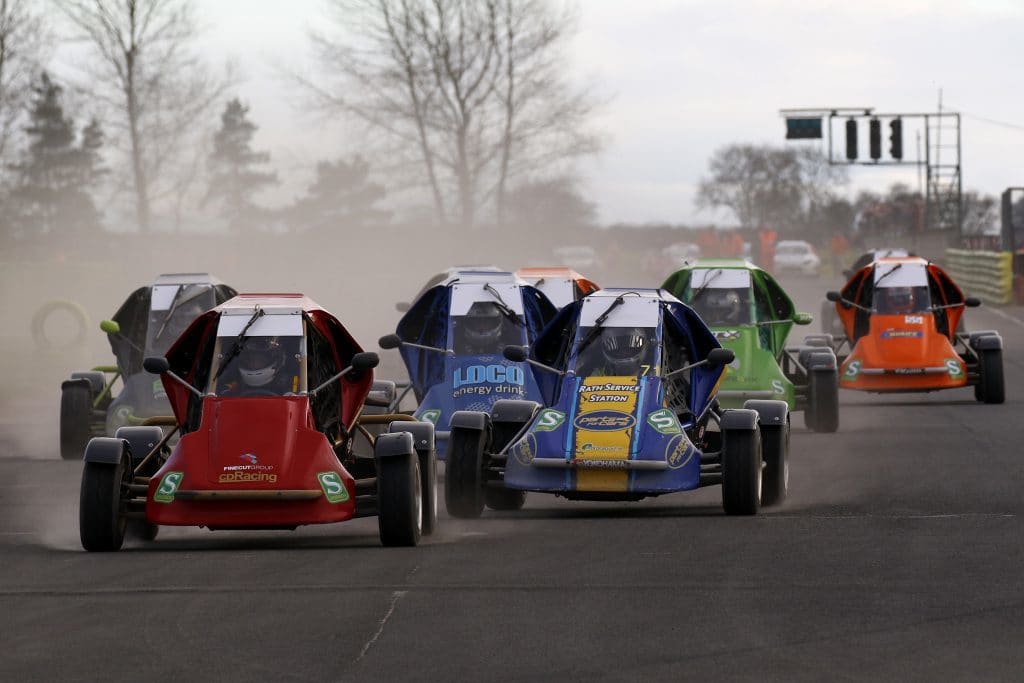