Jones finished second overall in the single-seater category in 2016, his second full campaign, following a year-long battle with rival Jake Harris. The pair finished on equal points after the eighth and final round at Croft Circuit in October, proving the level of competitiveness in the series. Jones claimed the position on results count-back, one place better than his third overall in 2015.

The Havant-based driver will miss the opening round of the year at Croft Circuit next week (March 19), but will begin his 2017 challenge at round two, Lydden Hill next month (April 17) with his eyes set on a second successive Championship podium. Competitors can drop their two lowest scores from the nine-round series in 2017.

“I enjoyed last season, it was very close at times. I made some mistakes which I can try and learn from going forward, but I felt more comfortable in the buggy, especially going back to tracks that I’d already been to,” said Jones. “Finishing on the Championship podium was definitely the highlight.”

Jones is excited about the MSA British Rallycross Championship’s return to Mondello Park in Ireland this season, for a double-header event in July (22 – 23). “I’m looking forward to Mondello, I enjoyed it there before but had some troubles on both days,” he said. “The new layout at Pembrey also looks good and challenging. I’ve not driven the buggy since the Grand Prix at Croft last year and I’m not sure if I’ll have time to test before Lydden Hill, but I’m looking forward to it and it’s enjoyable to race with a full grid. I would like to try to improve my starts this year and it would be good to get some more podium finishes.”

RX150 Rallycross Championship promotor Ollie O’Donovan is looking forward to watching Jones progress further still in the RX150 buggy category this year. “I must admit that I was impressed with Stephen’s performance last season. He consistently improved and had a great battle with Jake right until the end of the season. It’s one thing driving the buggies at a high level, but it’s quite another to be consistent.” said O’Donovan. “Stephen set some very respectable lap times and performed under pressure to secure second in the Championship at the final round. It will be tough to get on the podium in the RX150s this season with the level of competition, but I think Stephen can improve further still and be right in the mix all the time.” 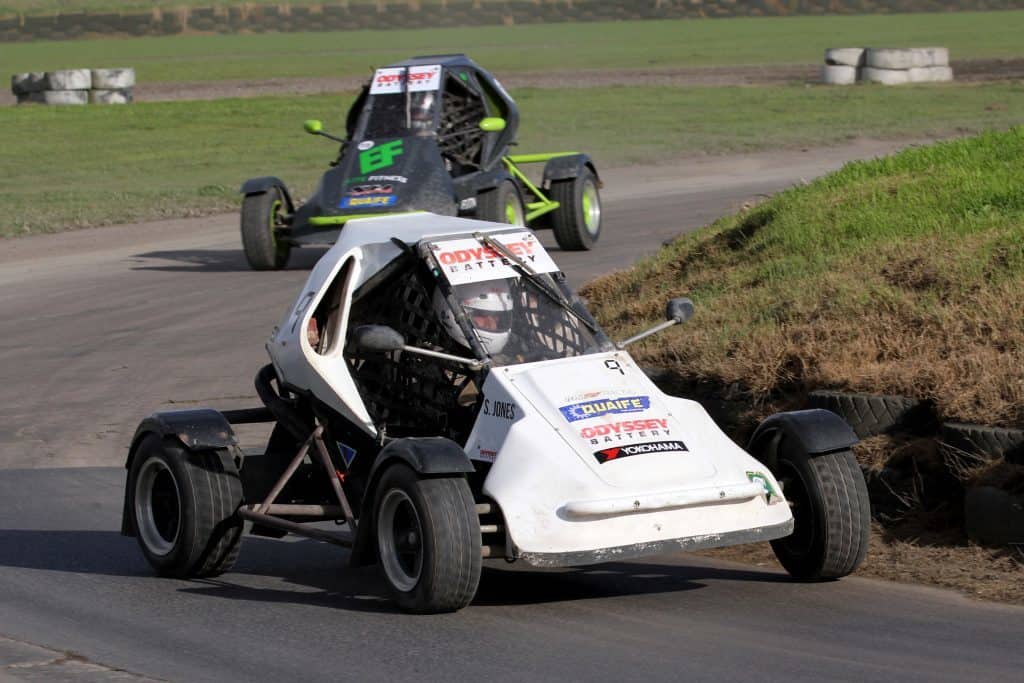