Double RX150 Rallycross Champion Chrissy Palmer will challenge for a third straight title in the series this season.

Palmer achieved an unprecedented feat in the single-seater, single-make MSA British Rallycross Championship support-category in 2016 by winning each of the RX150 buggy series’ eight rounds on his way to his second straight title, but is expecting a stiffer challenge in 2017.

“We’re going to be doing the whole championship to defend the title again. I really enjoyed last season, I won every round but I wouldn’t say it was easy at all,” said the former Formula Ford Champion. “But, it wasn’t as challenging as I hoped for. For instance, in 2015 when Marc (Scott, double-champion) was there every round, that was one of the best years I’ve ever had racing. Hopefully it will be very similar this year and it will be a hard fight right to the end. I really want to win a third championship, but I don’t want to win easy, that’s not what it’s about.”

Palmer took part in the 50th anniversary of rallycross celebrations at the Autosport International Show in Birmingham at the start of the year, driving his title-winning RX150. He will also take part in some circuit racing events this season, to further hone his skills. “It was great to be involved with the Autosport show. To be part of celebrating the sport’s history like that was just awesome. That was a good start to the year,” he said. “We’re also going to get involved with some historic circuit racing this year. For sure the circuit racing side of things helped me coming into rallycross, and now I think racing the RX150 has definitely transformed my driving compared to before. Now I can be smooth but also aggressive at the same time and it all works well together to make for really nice, quick laps.”

RX150 Rallycross Championship promotor Ollie O’Donovan is delighted that Palmer will return in 2017, but hopes the reigning champion won’t have things all this own way. “Chrissy is a fantastic talent, that’s obvious. What he did last year was very impressive, because the Championship regulars were not poor drivers, Stephen Jones and Jake Harris especially. We also had some fantastic talent in the buggies as guest drivers too, and he beat them all,” said O’Donovan. “I’ve watched some of Chrissy’s onboards recently and he’s very neat and precise. He very rarely makes a mistake. Hopefully he will have some stiffer competition this year, we have some great talent in the championship and if Chrissy can win again, he will deserve it.” 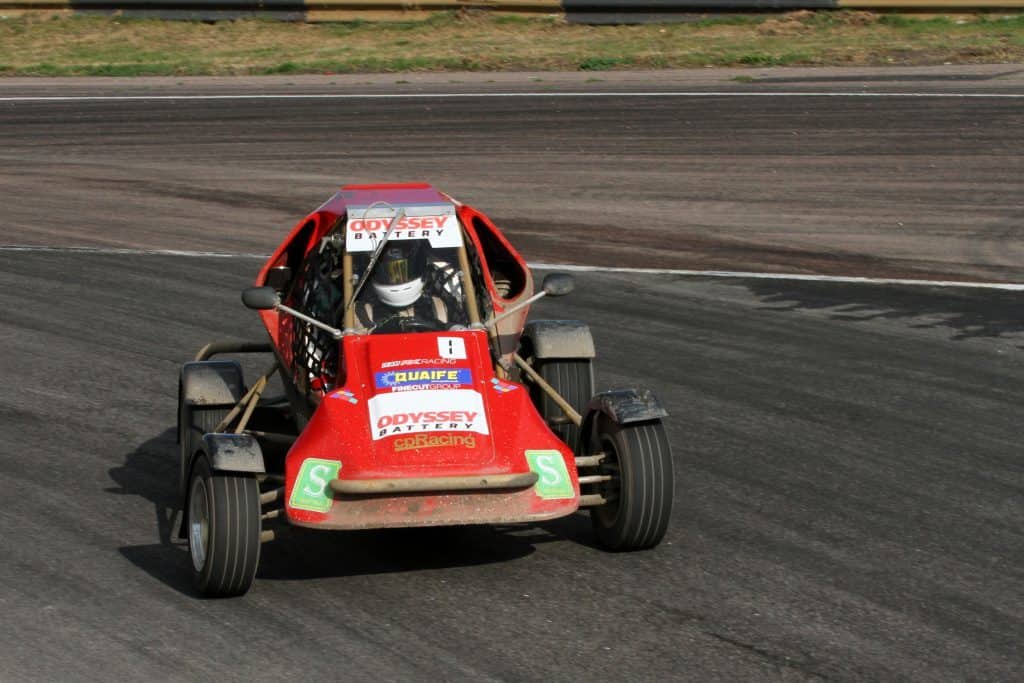