MSA Academy member Jake Taylor will race in the opening round of the RX150 Rallycross Championship this weekend at Croft Circuit, and intends to compete in the full 2017 season.

The RX150 Rallycross Championship has attracted a host new and returning drivers for the 2017 season. Taylor will join new drivers Georgia Sheils and John Ward along with the experienced racers, including reigning Champion Chrissy Palmer on the single-make single-seater grid this weekend at Croft. Taylor will race in the full year subject to securing the budget through talks with positive ongoing talks with potential partners.

“I know this year is a huge step up for me, and one we have been working towards for three years at JT Motorsport. This will be my first season in rear-wheel drive with a new style gearbox and so much power in a machine that’s only seconds a lap off Supercar pace,” said the 19-year old driver. “I know I have my work cut out, mixing with some seriously quick drivers but I’m up for the challenge. Although I have no illusions about getting on the podium just yet (although it would be nice) this year is all about learning and improving my race craft and moving all that I do to the next level. I simply cannot wait for Croft and hopefully we can secure funding to complete the whole year.”

Taylor tested with the team recently under the guidance of owner and former MSA British Rallycross Champion Ollie O’Donovan, and the team’s driver coach, Steve Hill. “I connected with the RX150 straight away, it feels raw. You can feel everything going on through the steering wheel and the seat. Every input needs to be very precise, which is what I love about it. It’s a challenge and one heck of a beast to tame. Pulling gear after gear and it keeps on going like nothing else I have ever driven.”

RX150 Rallycross Championship promotor Ollie O’Donovan is pleased to have Taylor on the grid for Croft, as one of several new drivers. “Jake got into the buggy at the first test with quite a smooth circuit racing style, but by the end of the day he was really getting the hang of it. The buggies need to be moved around a lot, there’s a lot more weight transfer involved in racing an RX150 than a saloon car but I think Jake has the potential to really get on top of it, especially with a bit more seat time,” said O’Donovan. “The conditions at the test were very challenging, especially for a driver coming out of front-wheel drive rallycross. I think if it stays dry for Croft, that will give Jake a lot more confidence and he can go really well. I’m delighted to have him racing in the RX150 Championship and excited to see what he can do this year.” 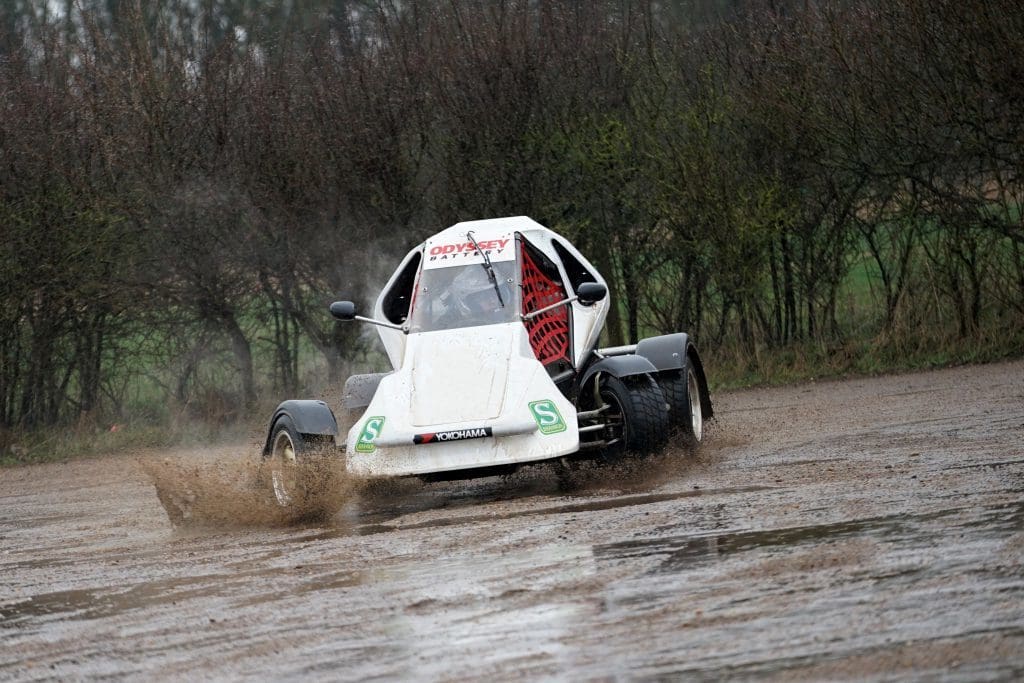