Team RX Racing driver Ollie O’Donovan became the first Irishman in history to stand on the podium of an FIA European Rallycross Championship Supercar event by claiming third at the opening round of the 2017 season in Barcelona (April 2).

The 2007 MSA British Rallycross Champion produced one of the drives of his life in both the semi-final and final of the Spanish season opener to claim his best ever international rallycross result, in one of the most competitive Euro RX fields for decades.

Racing the Tony Bardy Motorsport prepared Ford Fiesta Supercar, O’Donovan fought back from a troubled Q1 race, were the British team were caught on the dry tyres in wet conditions to fight back up the order.

Seventh fastest in both Q2 and Q4 elevated O’Donovan into the top 12 – eighth overall – qualifying for the semi-finals, a major accomplishment in itself. But, the best was yet to come. O’Donovan made one of his legendary fantastic starts in his semi-final to lead on lap one and would eventually finish second to secure a second row grid-slot in the final.

As the lights went green in the final, another blindingly quick start elevated O’Donovan to second position, despite close attention from title-contender Tamas Pal Kiss on the opening laps. When O’Donovan took his extra-route joker lap on the third tour, he returned to the main circuit just behind German star Rene Munnich but made a brave pass around the outside to claim third position.

With the Fiesta fitted with a 2016-specification engine for the event after a parts delay meant the 2017 unit would be postponed until round two, O’Donovan fended off the attentions of those behind to maintain third over the remaining laps to finish on the podium and achieve a highlight in his long and established career.

“This is amazing. At the end of the first day we thought we would even struggle to make the semi-finals. Even when I finished the race in Q4 I thought we would be in the semi-finals but didn’t know, and was surprised that we were eighth overall to be honest,” said O’Donovan. “We made some great starts in the semi-final and final, and the races were very clean. To be fair to Rene Munnich behind in the final, he was very clean. He had opportunities to touch me but didn’t – it was great racing. I made the car about 15 feet wide.”

Having been the first Irish driver to make a European Championship Supercar final in 2015, O’Donovan bettered his previous personal best fourth place finishes by one position, to re-write rallycross history.

“We have a great bunch of lads in this team. We all do it because we love it and this result is as much for them as it is for me. I was willing the chequered flag to come out on the last two laps. A lot of work goes into making this come together, as I know it does in any team, but few work harder than Tony (Bardy) who does an amazing job of preparing such a stunning car and I’m delighted to be able to add another European Championship podium to his history.”

Team RX Racing will return to action in the second round of British RX at Lydden Hill (April 17), driving the Ford Focus Supercar, while the next appearance for the Fiesta will be the British round of the FIA World Rallycross Championship at the same circuit (May 27 – 28). 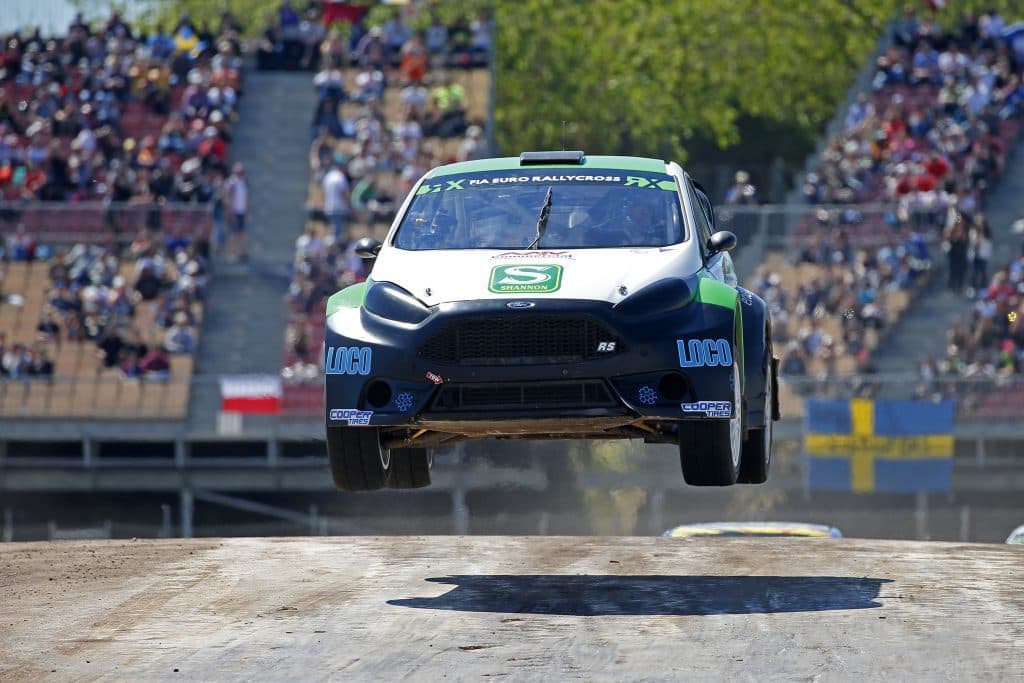