Former Champion Ollie O’Donovan won the second round of the MSA British Rallycross Championship at Lydden Hill on Easter Bank Holiday Monday to move into the lead of the series (April 17).

The London-based Irishman headed into the event on the back of a career best result in the FIA European Rallycross Championship in Spain, where he finished on the podium in the opening European round of the year.

Carrying good confidence to his ‘home’ circuit, O’Donovan challenged for the lead of his race in Q1, but hit a circuit marker and destroyed the front right suspension of the Team RX Racing Ford Focus Supercar. The team were forced to miss Q2 due to the damaged sustained, but thanks to incredible work from the Tony Bardy Motorsport engineers, O’Donovan returned to the start line for Q3 and set the fastest time, to qualify sixth for the final.

However, the drama didn’t end there for the 2007 British Champion. A slow getaway in the final left him at the back of the pack, needing to fight his way up the order. Taking an early joker lap, the Irishman made his way up to third position with two laps to run. As the leading drivers, Warren Scott and Julian Godfrey, took their jokers on the final lap, a big effort from O’Donovan was just enough for the Ford Focus to pass the pair on the inside to take the lead and score the team’s first victory of the season.

At the Lydden Hill British RX events last season, Team RX Racing led both finals but were then slowed by technical problems. The squad made amends for the dramas of 2016 on Easter Monday to move into the 2017 Championship lead. “Things were going well in Q1, I decided not to use the windscreen wipers because I didn’t want to smear the dirt on the windscreen. I just clipped a barrier and it caused a lot of damage. It was driver error,” said O’Donovan. “To be honest I thought our event was over at that stage, especially when we missed Q2, but Tony (Bardy) and the boys did a fantastic job. I’ve worked with them for many years but they continue to surprise with what they can do. Not only did the car have four wheels on again but the setup was good and fastest time in Q3 really helped our cause.”

The result means that O’Donovan and Team RX Racing have finished on the podium in each of the three events so far this season, in the British and European Championships. “I expected to joker late in the final, that was our plan if I could get up behind the leaders at the first corner and then do a different joker strategy. As it happened, I messed up the start and we had to change our plan. Although I had to pass some of the guys, I think we were saved from some of the action at the front and by pushing really hard we just managed to take the lead on the last lap. I was counting the seconds to the guys in front going up the hill on each lap and we gained eight seconds in three laps. I knew with a big push it would be possible. This is fantastic.” 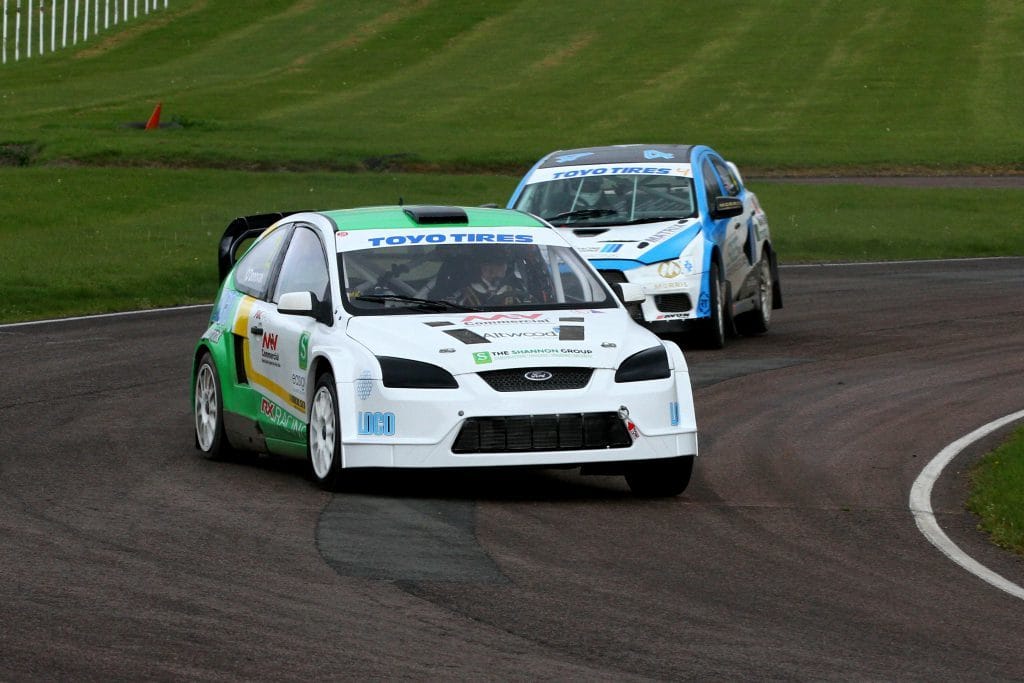