Double champion Chrissy Palmer leads the RX150 Rallycross Championship into round two at Lydden Hill this weekend (April 17), but the grid of accomplished racers looking to topple Palmer from the top spot grows even strong for the Easter Bank Holiday event.

Palmer continued to be the dominant force of the RX150 category at Croft Circuit, the first event of the new season, but newcomer John Ward make the journey from Ireland to begin his RX150 career and pushed Palmer all the way in the final.
Ward was joined in the pursuit of the champion by Kirk Langley, who was the only driver other than Palmer to win an event in 2016, claiming the MSA British Rallycross Grand Prix support race.

With a half season now under his belt in the single-make, single-seater, dual-surface buggies, Langley is closing on his first points scoring victory (the Grand Prix support race was non-championship) and returns to the scene of his rallycross debut last August this weekend. Meanwhile, Irishman Ward, who has twice won the BTRDA Clubmans Rallycross Championship in recent years, has never raced at the Kent venue.

Having finished second overall in the Championship last year, Stephen Jones missed round one but will be back in action at Lydden Hill, and for the rest of the year. With just a slight increase in pace, Jones can also fight for victories.

Adam and Larry Sargent continue their programme of selected events at Lydden, Adam having impressed with his pace against more experienced motorsport competitors at round one and may have finished higher than seventh on another day. Having previously finished on the podium at Lydden, he knows the track well. Larry finished ninth at Croft and is hoping to improve on that result on Monday.

Jake Taylor and Georgia Sheils both made their first RX150 starts at Croft, Taylor returning to rallycross competition in a buggy for the first time, while Sheils moves across from rallying as she, like Taylor, targets a future career in the sport. Taylor finished just shy of a debut podium in fourth, while Sheils was eighth. Both drivers will be looking to improve on their performances at Lydden.

Now experienced rallycross driver Brett Harris is racing in a full RX150 campaign this season and is sixth in the standings before round two. He ran in the top four all day at Croft until the final, where having battled in traffic, he finished sixth. Harris will also be in the fight for a podium this weekend.

Mitchell Flaherty finished fifth at round one and will be back in action this weekend, while former Supernational racer Richard Moore heads to Lydden Hill looking to get his season underway.

“It’s a great line-up of buggies for the event at Lydden this weekend and I really believe that John, Kirk and Stephen can pose a genuine threat to Chrissy. You can’t discount Brett either, and Jake made an impressive debut at Croft,” said RX150 Championship Promoter, Ollie O’Donovan. “Certainly the fight for the podium will be very tight. It’s impossible to say who will finish the event inside the top three, and that’s how we want it to be. And, if it’s wet, then it really is anyone’s. I’m really looking forward to watching the action.” 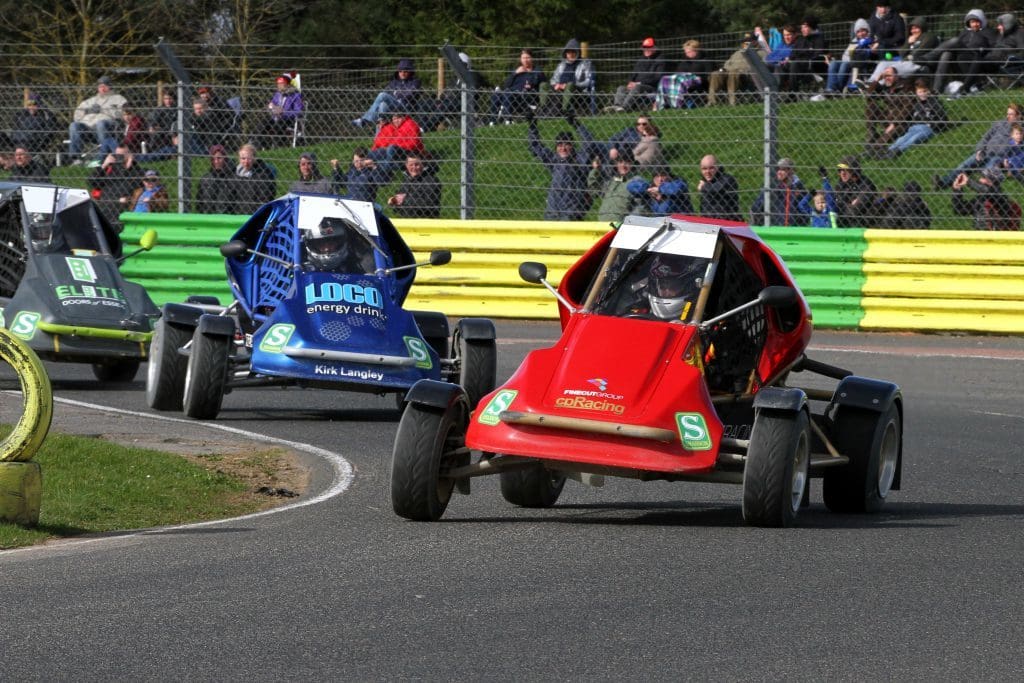