British and European Rallycross squad Team RX Racing heads to the second round of the MSA British Rallycross Championship at Lydden Hill this weekend (April 17) targeting its third straight podium of the year.

The team and lead driver Ollie O’Donovan enter the Kent event on the back of the one of the Irishman’s greatest ever achievements in motorsport, having finished third at the opening round of the FIA European Rallycross Championship in Barcelona earlier this month, in a 32-car strong entry of National, European and World Championship level winners and title-holders.

While the team’s Tony Bardy Motorsport-prepared Ford Fiesta was used in Barcelona, the squad will revert to its Ford Focus Supercar for the British RX event this weekend, with which O’Donovan opened his 2017 campaign with a podium in round one at Croft a month ago.

Former British Rallycross Champion O’Donovan has previously won at Lydden Hill in a variety of cars, including the Focus he will race this weekend, but last year was twice blighted by freak mechanical troubles, robbing the team of victories. In round two of British RX last year, O’Donovan led the final until hit by a turbo problem, while a broken driveshaft slowed the Focus in the final in August.

“Barcelona was fantastic. Now it’s had a chance to sink in, I genuinely wasn’t sure if we would get into the semi-finals or final, given the strength of the field, but once again we proved that we can punch above our weight. We’re only a very small team, but as ever Tony (Bardy), Sam, Marty, Julian and the boys produced an immaculate and fast car,” said O’Donovan. “We have slightly different hopes coming into Lydden this weekend. Last year we were very unlucky at a lot of events, otherwise we would have fought for the title. This year, our goal is to be right at the front and we will be pushing to win on Monday.”

O’Donovan finished second in the Championship last season and currently lies third after round one. “The level is very high in the British Championship at the moment. Consistency in the qualifying races will be very important – we need to be starting near the front for the final, and then we will see what happens. We ran a new engine setup at Croft and improved things throughout the day. We want to do more of the same this weekend. Our result in Barcelona was a bit unexpected, but it doesn’t mean we don’t want to be producing those kind of results more often and we’re all working hard to do that.” 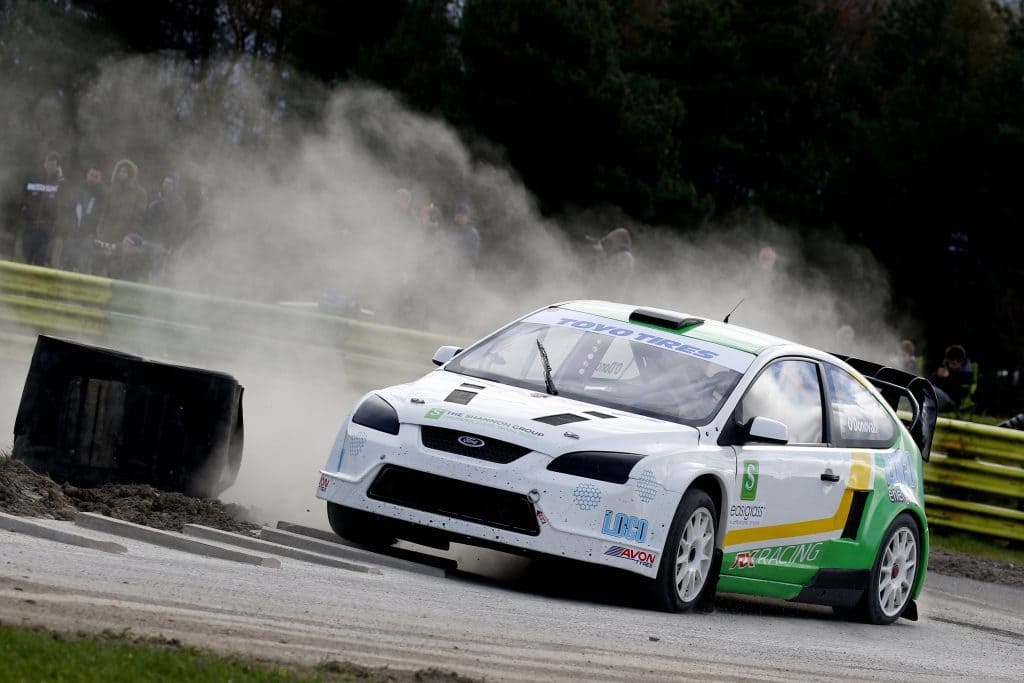