International rallycross squad Team RX Racing contested its home round of the FIA World Rallycross Championship at Lydden Hill last weekend (May 28), in addition to its full-time programmes in the British and European Championships, where Ollie O’Donovan set impressive times against world-class opposition.

Driving the Tony Bardy Motorsport-prepared Ford Fiesta Supercar that he’d raced to his maiden international rallycross podium at the opening round of the FIA European Rallycross Championship in Barcelona, Irishman O’Donovan used local knowledge of his ‘home’ circuit to good effect by setting top-16 qualifying times through the event, but ended up 20th overall due to a time penalty in Q4.

Racing against professional full-time drivers competing in the whole series, current British Rallycross Championship leader O’Donovan made his now customary fantastic starts and raced former British Championship rival Andrew Jordan on day one. In Q3 on Sunday morning, O’Donovan led his race from the front and claimed a race win.

“We’re more than happy with where we got to this weekend. We’re a top team in the British Championship but small in relative terms compared to the World Championship operations, so to finish each session with more than respectable times means we can be very happy,” said the 2007 British Rallycross Champion. “We were on top of the times of the European Championship competitors who were doing the event, so that’s good enough for me.”

The Ford Fiesta Supercar has undergone significant modifications since the opening round of the European Championship, with Tony Bardy Motorsport effecting changes mainly to the car’s engine, which benefitted the team at Lydden Hill as it prepares for upcoming rounds of the European series. “The engine is very strong and the car’s working very well at moment, we just have a bit of damage to sort before the car leaves for Norway. The efforts made by Tony have been more than worthwhile, we’re just working on the setup now. It was a bit soft in Q1, but we stiffened it up for Q2 and made some changes to the engine mapping for Q3 and it was excellent. It’s a shame we lost a few places with what I believe to be an unnecessary penalty in Q4, but there you go.”

“We had a lot of guests and friends with us over the weekend, the weather was fantastic and it was a brilliant way to join the celebrations of the 50th anniversary of rallycross and enjoy the final World RX event at Lydden Hill.”
Team RX Racing will be back in action for the second round of the FIA European Rallycross Championship at Hell in Norway, in just two weeks’ time (June 9 – 11). 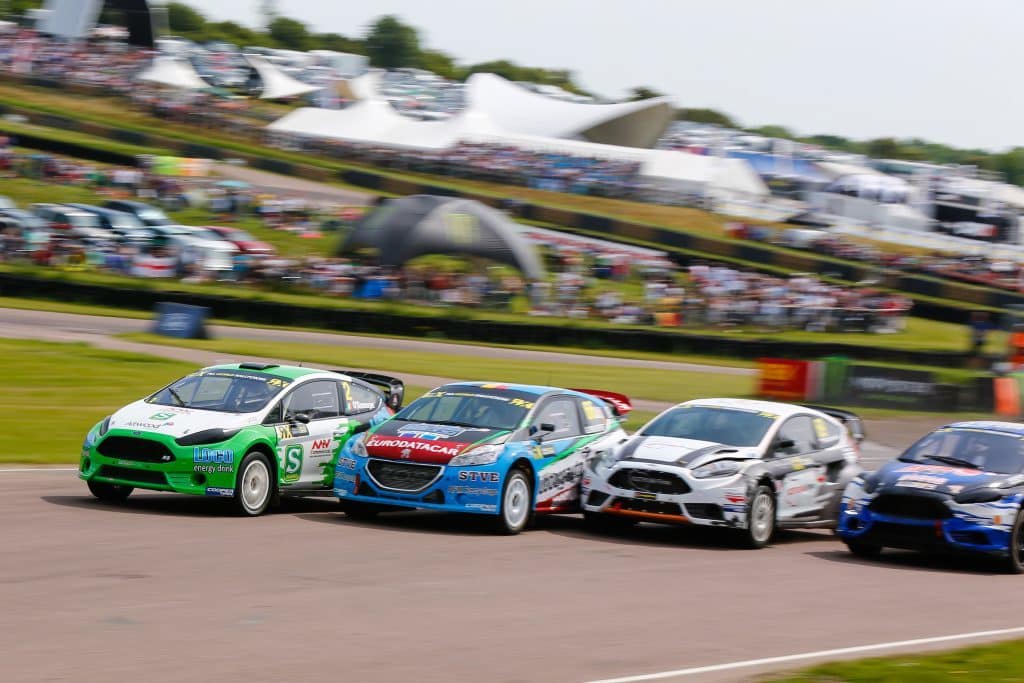