Racing at the Lanke circuit in Hell, Norway, O’Donovan entered the event on the back of strong appearances in the European, British and World Rallycross Championships, which included a maiden international podium at round one of Euro RX in Spain.

Norway has also proved to be a happy hunting ground for Team RX Racing in the past, but last year the squad was hampered by a pair of jump starts in the semi-finals. In near-torrential conditions for the opening qualifying races in Norway on Saturday, the same fate befell O’Donovan, jumping the start of his Q1 race and being forced to take two joker laps as penalty. Worse was to come in the session, as the Ford Fiesta Supercar suffered a rear puncture, causing O’Donovan to spin.

29th overall after Q1, O’Donovan needed a brilliant time in Q2 to get the squad’s event back on track, which he produced despite inexplicably slippery conditions on a drying circuit to win his race and set the fifth fastest time in Euro RX Supercar. That time would in fact have been good enough to be third overall in the FIA World Rallycross Championship category at the event, ahead of several multiple World Champions.

Sitting 17th overnight, O’Donovan was seventh fastest in Q3 and 16th overall in Q4 in his bid to make it into the semi-finals (top 12), but missed out by just a single position, in 13th out of the 32-car field. “The whole weekend was lost in Q1. The jump start, contact with another car, puncture and a spin really put us on the back foot. In Q2 we were lucky with the track conditions, but we showed we have genuine good pace in Q3, then in Q4 we got held up a bit in traffic. I made a bit of a mistake and got held up into the entry to the joker, which cost us enough time not to make the semi-finals,” said O’Donovan.

The points scored mean the London-based Irishman is now seventh in the championship standings. “We’re very happy even though we’re a bit disappointed not to be in the semi-finals. If we can be consistently in the top seven or eight, which is where our lap times tell us we should be, I’m very happy with that. There are some big teams in the Championship and a lot of young lads who are in cars all the time.”

The team now returns to the UK, where it will switch from the Ford Fiesta to the Ford Focus Supercar for the third round of the British Rallycross Championship at Pembrey in South Wales (June 25) in which O’Donovan currently holds the points lead. “I want to win at Pembrey, we need to get as many points in the bag as we can but we’ve had good pace in the first two events so it’s possible for sure.” 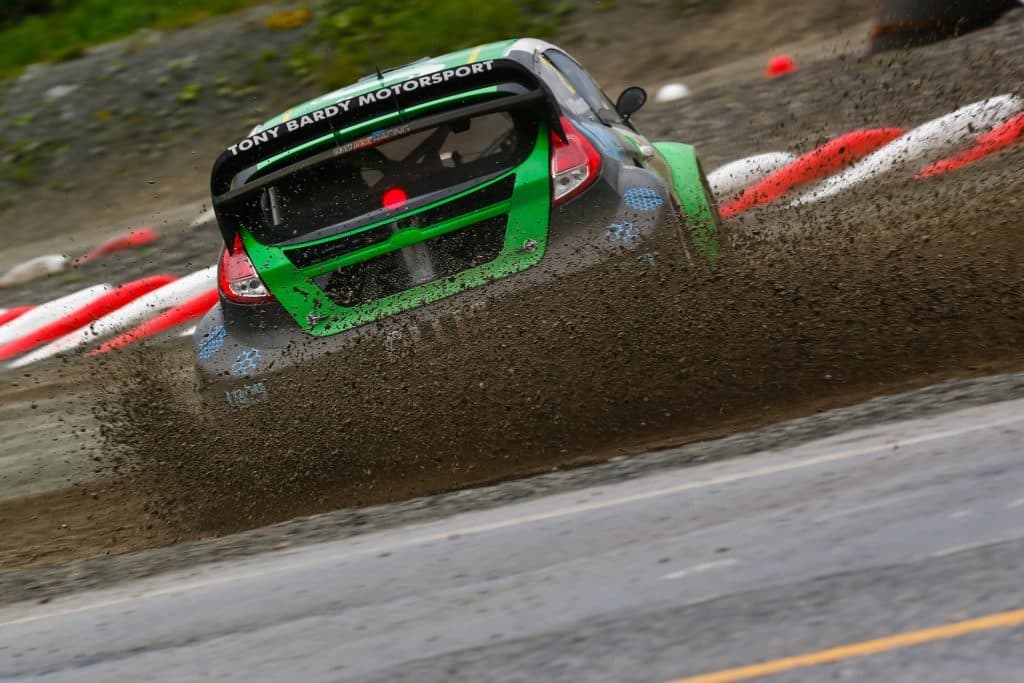