The 2007 MSA British Rallycross Champion scored a career best international rallycross result at the opening round of the season in Barcelona, Spain in April, where competing against professional drivers and manufacturer-built cars, Team RX Racing finished on the podium with its Ford Fiesta Supercar.

Preparation experts Tony Bardy Motorsport put substantial effort into improving the Fiesta with a revised engine set-up ahead of the British round of the FIA World Rallycross Championship at Lydden Hill just over a week ago, where O’Donovan set competitive pace, notably against other Euro RX competitors present at the event.

The Hell circuit near Trondheim in Norway is the venue where London-based Irishman O’Donovan achieved his previous personal best result in European rallycross by finishing fourth in the final in 2015, a result he repeated in Barcelona later the same year.

With the Spanish and Norwegian events having changed places in the calendar for the 2017 season, O’Donovan is hoping for a similar repeat result, but knows the level in Euro RX is higher than ever. “The result in Barcelona was fantastic and it’s great that we’re third in the Championship in what is probably the most competitive season I can remember. But, we have to stay focused on what we need to do this weekend,” said O’Donovan, who has finished on the podium in three of the four events he’s contested so far this season. “There are a lot of semi-professional drivers competing in cars that have been built by manufacturer-backed teams. We punched above our weight in Spain for sure, and with improvements to the car, and the fact I’ve had a little more seat time than usual recently, that should help us.”

As a former international rally driver, O’Donovan enjoys the undulating nature of the Hell circuit which requires a smooth execution and big commitment through several of the corners. “I love the track in Norway, I feel like it really suits me, but it’s also really different to places like Barcelona. This is a proper old school rallycross circuit, which I really enjoy. We’ve always gone well there, and I’ve had some of my favourite experiences in the Fiesta at this track, especially trying to overtake people into the joker lap, which is a real challenge.”

Action in Norway gets underway with Free Practice on Friday evening (June 9), Q1 and Q2 on Saturday (June 10) and Q3, Q4 semi-finals and final on Sunday (June 11), with the final stages of the event broadcast live on television. 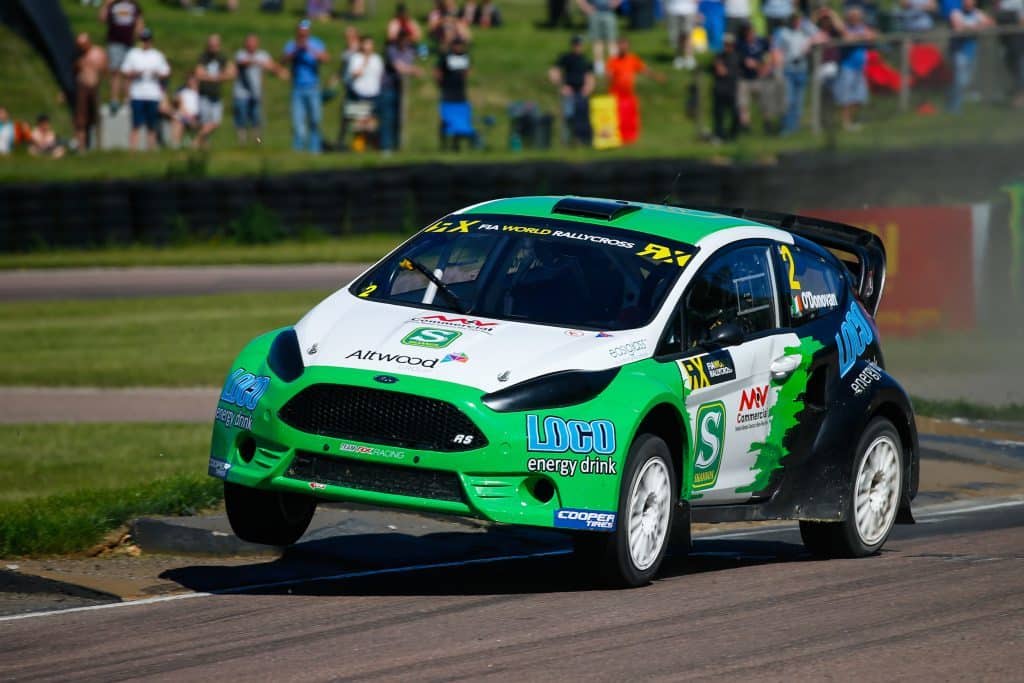