As part of the launch of the ‘SpeedMachine’ festival that will take place next year, alongside the British round of the FIA World Rallycross Championship, drivers and teams attended to give passenger-ride experiences on the new circuit.

Unfortunately, due to damage sustained to the Team RX Racing Ford Fiesta Supercar in Q4 at the World RX event at Lydden Hill on Sunday, with the next round of the FIA European Rallycross Championship taking place just next week in Norway, Tony Bardy Motorsport was forced to return to its workshop with the car to undertake repairs.

But, O’Donovan was on-hand at Silverstone to give passenger rides to members of the media and selected guests in a two-seater RX200 buggy. Driving the rear-wheel drive, 1400cc machine, fitted with a sequential six-speed gearbox, 2007 British Rallycross Champion and 2011 RX150 Champion O’Donovan completed in excess of 50 laps of the new circuit, which features a biggest rallycross jump in the UK.

Currently constructed of predominantly unsealed surface, the new rallycross circuit will have tarmac sections added before the first event held at the venue next year, when O’Donovan will race a World RX Supercar on the track that is situated on the ‘Stowe Complex’ behind the ‘Silverstone Wing’ Formula 1 pit and paddock area.

“The buggy was great to drive, as always, at Silverstone and we had a lot of fun entertaining various passengers. The jump is huge, but I think of all cars that were at the launch, we jumped the furthest. That’s what I tried for anyway,” said O’Donovan. “The loose section held up really well, the base of the track is very good and with a few small changes I think it will be good. It’s important for rallycross to have a circuit in the middle of the country, and it was fun to show what the buggies can do on Tuesday. Seeing the look on the face of passengers when you finish doing the ride is a lot of fun!”

The team’s focus immediately switches to the next event of the 2017 season in Norway next week, where O’Donovan will defend third overall in the Euro RX standings following his maiden international rallycross podium in Barcelona at round one. “I’m really looking forward to Norway. I don’t get to drive a car anywhere near as much as the professional drivers in the championship, so driving the buggy at Silverstone can only help with me seat time.” 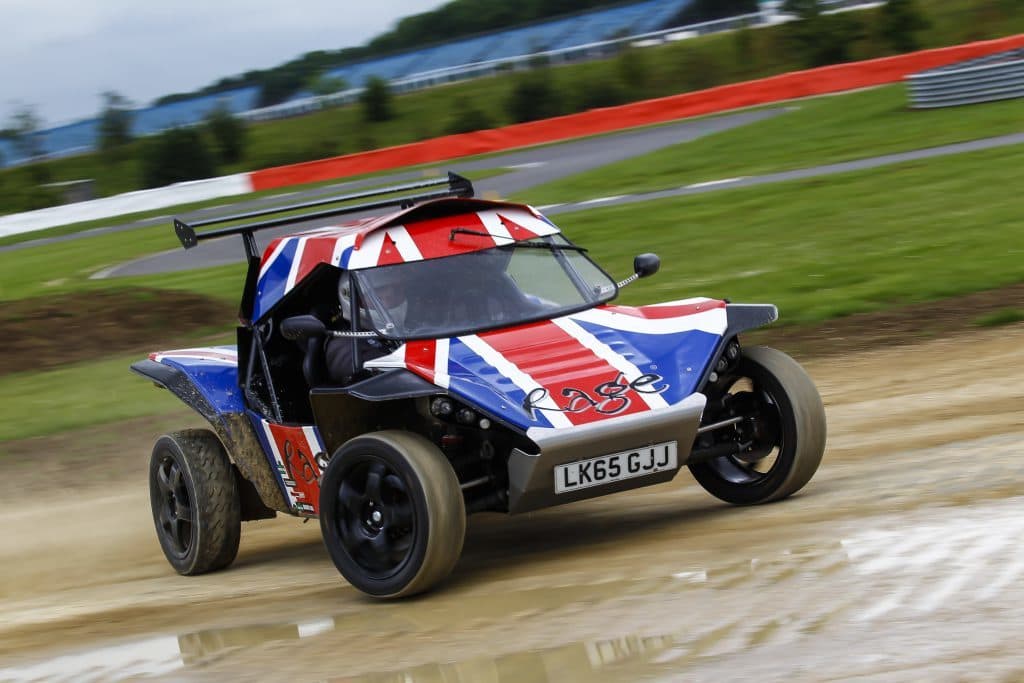