Ahead of the South Wales event, O’Donovan led the British RX standings thanks to victory in round two of the series at Lydden, but was hit by freak mechanical failures at Pembrey on the Team RX Racing Ford Focus Supercar in Free Practice and Q3. As a result of wheel bearing problems in Free Practice, the squad also missed Q1, meaning the 2007 British Rallycross Champion only set a time in Q2, where incidentally he was third fastest, but was unable to start the final.

However, O’Donovan remains second in the Championship standings, just five points off the lead with six rounds remaining. Just four days after Pembrey, the British squad arrived at the famous Holjes circuit in Sweden for the third round of Euro RX, where O’Donovan swaps from the Focus to the Ford Fiesta Supercar for this weekend’s event.

Having claimed his maiden international rallycross podium at Barcelona in Spain, the opening round of European series, challenging conditions and a puncture at the second event in Norway prevented O’Donovan for making the semi-finals. Currently lying seventh in Euro RX, the former rally driver is hoping to put knowledge gained last season at the circuit to good use as he targets the semi-finals in the 35-car field.

“We had a really tough event at Pembrey, but sometimes you have those in motorsport. Tony (Bardy) and the boys did a brilliant job to repair the wheel bearing problems so we could get back out when it looked like we wouldn’t, and we were fast in Q2 on the new layout at Pembey, which in my opinion was very good. But, problems caused by a broken driveshaft in Q3 put us,” said O’Donovan. “Despite the disappointment, it’s positive that we’re just five points away in the standings and we will for sure fight back at the next rounds at Mondello Park.”

The Holjes event this weekend will be held in front of 50,000 people. “We’re now fully focused on Holjes. It’s an amazing event and ee were fast there last year but got pushed off in a qualifying race, which really harmed our chances. The developments we have made to the Fiesta over the winter, especially with the new engine, have made the car much more drivable and for sure we want to try and get into the semi-finals.”

Free Practice One for Holjes RX gets underway later this afternoon (Friday June 30), with Q1 and Q2 on Saturday (July 1) and Q3, Q4, semi-finals and final on Sunday (July 2). 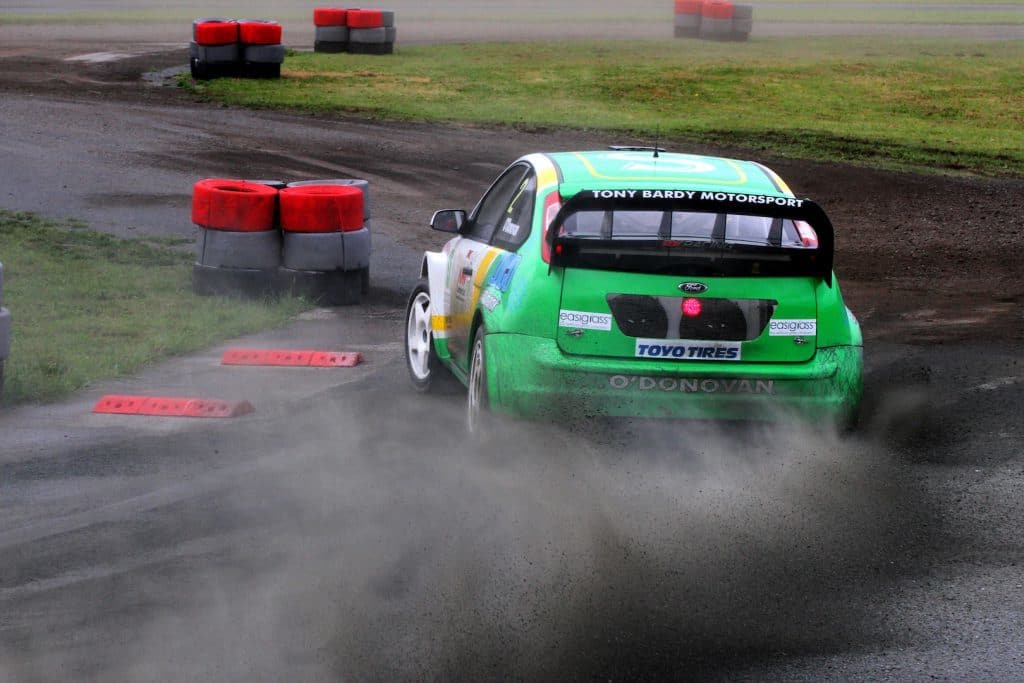