Irishman John Ward sits top of the RX150 Rallycross Championship table as the single-make single-seater buggy series heads for round three at Pembrey Circuit in South Wales this weekend (June 25).

With a win each, Ward and double-champion Chrissy Palmer are locked in battle at the top of the standings, Ward having ended Palmer’s reign of consecutive victories in round two at Lydden Hill, where Palmer was classified seventh after contact in the final.

Ward’s margin is just nine points with seven rounds of the MSA British Rallycross Championship support category remaining, and a returning driver will add an extra dynamic to the action on Sunday.

Double RX150 Champion Marc Scott will make his first appearance in the series since Maasmechelen in Belgium last year, and will be in the hunt for a podium finish at Pembrey on his return to the class, in the competitive field.

Brett Harris scored his first podium of the season at Lydden Hill driving the buggy that carried his brother Jake to third in the standings last term, while Liverpool driver Kirk Langley finished on the podium at round one and is fourth, five points behind Harris and Jake Taylor, who are tied for third in the standings.

Taylor finished fourth in both of the opening rounds of the season. He has now secured sufficient funding to complete the season and will be hunting for his first podium of the year this weekend. 2016 champion runner-up Stephen Jones was forced to skip the opening round of the season at Croft but returned for Lydden Hill and duly finished on the podium, his flight back up the points tables will continue at Pembrey.

Mitchell Flaherty has gone well at the Welsh circuit in the past and will also continue his 2017 season this weekend, while former rally driver Georgia Shiels gains experience every time she goes on track in the RX150, in her first year of not only racing against other cars, but also competing in rear-wheel drive machinery.

The Pembrey circuit features a revised layout for the first time this weekend, which will help Shiels get up to speed more quickly than usual against her rivals, as they too haven’t previously driven on the new sections of that track. All that is, expect Championship leader Ward, who rented a Suzuki Swift for a BTRDA Clubmans Championship event to learn the circuit recently.

“It’s been a long break for the drivers since round two of the championship, and I know they’re all really keen to get back behind the wheel of the buggies this weekend. Having Marc return will certainly add an interesting challenge for the regular drivers. Knowing Marc as I do, it won’t take him long at all to get back up to speed,” said RX150 Championship Promoter, Ollie O’Donovan. “John ended Chrissy’s run of wins at Lydden, and while I know Chrissy will be trying harder than ever to get back onto the top step of the podium, John has already tested at Pembrey and leading the championship might well give him a boost in confident and pace. We have a great mix of drivers in the RX150s and I’m really looking forward to watching the action unfold on Sunday.” 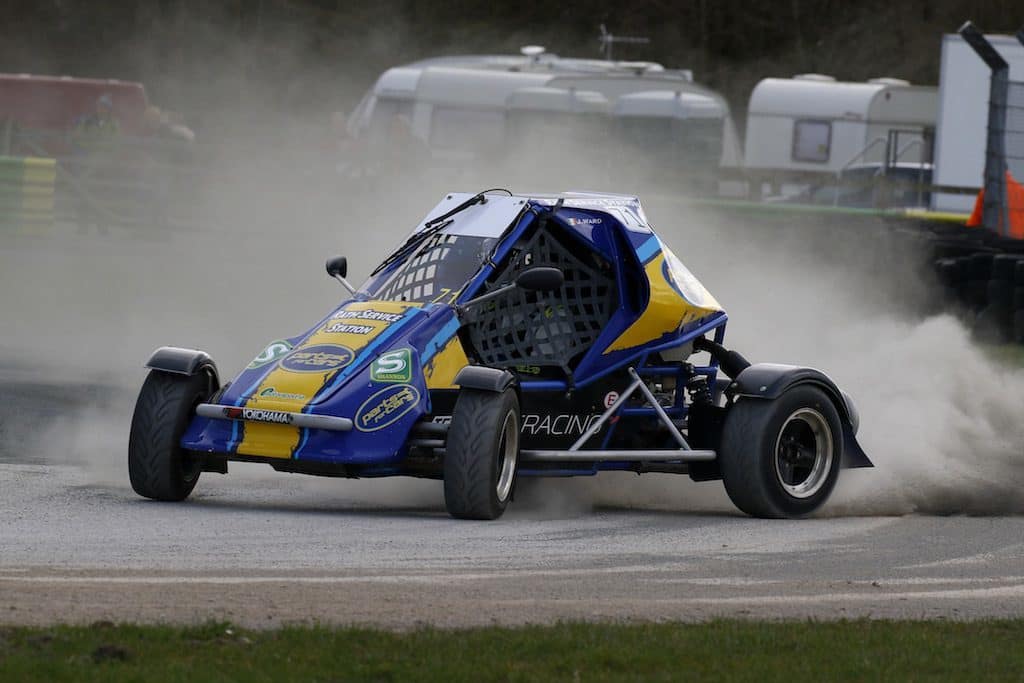