Regular Team RX Racing rallycross Supercar driver Ollie O’Donovan will be joined in the squad for the fourth and fifth rounds of the MSA British Rallycross Championship at Mondello Park next week (July 22 – 23) by experienced and successful driver, Tony Bardy.

Bardy made a guest appearance for the team at the final round of British RX and the British Rallycross Grand Prix at Croft Circuit last October, and will return to the team’s Ford Focus Supercar for the Mondello event. He will test the car next Friday at the Irish circuit, before racing on both days.

“I think the last time I drove a Free Practice at Mondello was at an event in 2005, in Christopher Evans’ Opel Astra. I’ve always enjoyed racing there myself and working for other people at Mondello, including John and Cecil Haffey, Clive Richardson, John Moloney, Christopher  Evans, Helmut Holfeld, George Tracey, Derrick  Job, Kevin Proctor, Andy Scott and of course Ollie. Last time we went there we ran Derek Tohill in the Focus too,” said Bardy. “I’m getting old, and I don’t think even with practice on Friday that I will get up to speed by the end of the weekend (I never thought that day would ever come, but it has). It would be great to finish all the races that I start, then we will see what that brings.”

Meanwhile, London-based Irishman O’Donovan currently lies second in the British RX standings, just five points off the lead of the championship, and will compete in the Irish event driving the Ford Fiesta Supercar that he is campaigning in the FIA European Rallycross Championship this year. At the Euro RX season opener in Barcelona, O’Donovan scored his maiden international rallycross podium finish with the car.

“It’s fantastic that we can use the Fiesta at Mondello, because the summer gap between events in the European Championship is pretty big. It’s also great that we can get Tony back in a Supercar. He works incredibly hard for us to be able to do as much racing as we do and it’s great for him to get a run out,” said 2007 British RX Champion O’Donovan. “I think he’s a dark horse, he has a lot of experience, drove the car in October at Croft and will get a bit of testing in next Friday. Over the years I’ve worked with him, Tony has always talked about the good old days at Mondello. A large proportion of his customers have been Irish too, so I’m really looking forward to him driving there. He’s even bringing (wife) Trudy!”

Having won the second round of the series at Lydden Hill in April, O’Donovan’s goal for the Irish double header, which will use the circuit in both directions over the two days, is to score solid points in both rounds. “We had a difficult event last time out at Pembrey, but we want to bounce back at Mondello,” he said. “We need to score good points at every event if we are to fight for the title, which on pace alone I’m certain we can do.”

Four rounds of British RX will remain after Mondello, at Lydden Hill, Pembrey (double-header) and Croft.

Find out more about Team RX Racing, including a full calendar of events, on the team’s website: www.teamrxracing.com 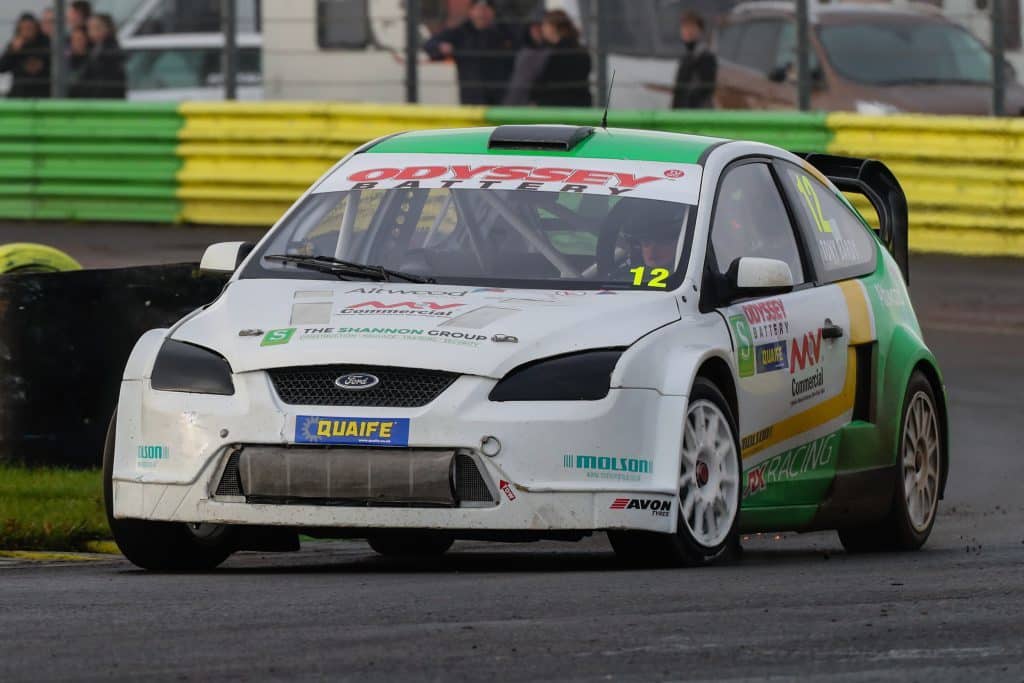