Having won the second round of the series at Lydden Hill in April, London-based Irishman O’Donovan entered the double-header event in his European Championship specification Ford Fiesta Supercar with the intention of climbing up the British RX order.

The team conducted testing on Friday afternoon, on the unconventional anti-clockwise layout of the popular Irish Circuit, before the 2007 British Rallycross Champion set a trio of fastest times in the qualifying stages to secure pole positions for semi-final one on Saturday.

He won the semi-final race to start on pole position for the main event. In the final, O’Donovan got involved in a battle for track position with fellow Irish driver Derek Tohill, who also races in the Euro RX series with a Ford Fiesta, but the pair lost time and although O’Donovan got the better of Tohill in the race, he had to settle for second overall. In round five on Sunday, with the track run in a more conventional layout, O’Donovan was third quickest in Q1 but fastest of all in Q2 and Q3 to again finish as top qualifier in his home country. However, having taken an early joker lap in his semi-final, the Fiesta suffered broken steering, sending O’Donovan into a barrier and up a bank, causing the car to roll over and put him out of the event.

“Saturday went really well, the Fiesta really suited the new layout at Mondello, which I have to say is quite tricky and technical. We should have won, I got involved in a fight with Derek in the final which cost us a bit of time, but second was a good result after retiring at Pembrey,” said O’Donovan, who with four rounds remaining is just 16 points off the lead of the championship.

“We were the quickest again on Sunday, but I didn’t make a great start in the semi-final. I had a very good run through the joker lap, so I was happy with that, but onto the loose something in the suspension broke and the wheel went under the car. I hit a barrier and it was a very gentle role onto the roof. There’s not much damage to the car, we were just very unlucky. It was great to have the support of many home fans that came out to cheer us on, and I’m disappointed that we let them down by not getting the results we should have. For sure we had the pace to win on both days and we’ve dropped a bit behind in the championship now, but I think we can still fight for the title.”

Bardy meanwhile made his first start of the year driving the Ford Focus Supercar that O’Donovan raced in the first three rounds. Testing on Friday helped Bardy, who now only makes occasional appearances behind the wheel, usually too busy running his Tony Bardy Motorsport concern that prepares and runs Team RX Racing’s Supercars.

Twice sixth fastest and then fifth in the 18-car field put Bardy fifth in the Intermediate Classification on Saturday, but damage to the Focus’ steering forced him out in the semi-final stages. With the car repaired by the team, Bardy was fifth again in round five qualifying, and made the best start in the semi-final in which O’Donovan rolled to lead on lap one and qualify for the final. However, while fighting for a podium finish in the final the Focus suffered a turbo waste gate issue, causing Bardy to slow.

“I’ve had a great weekend and I have to give great thanks to Ollie for forcing me into driving this car,” said experienced driver Bardy. “We almost had a very good result in the final on Sunday, but like how it happens often in motorsport, some small cheap parts let me down and the turbo waste gate clamp broke. It’s a big shame for Ollie too, he was really fast. We haven’t had the best of weekends as a team, but we’ve had worse and we’ll be back fighting at Lydden. Overall, I’ve really enjoyed it.” 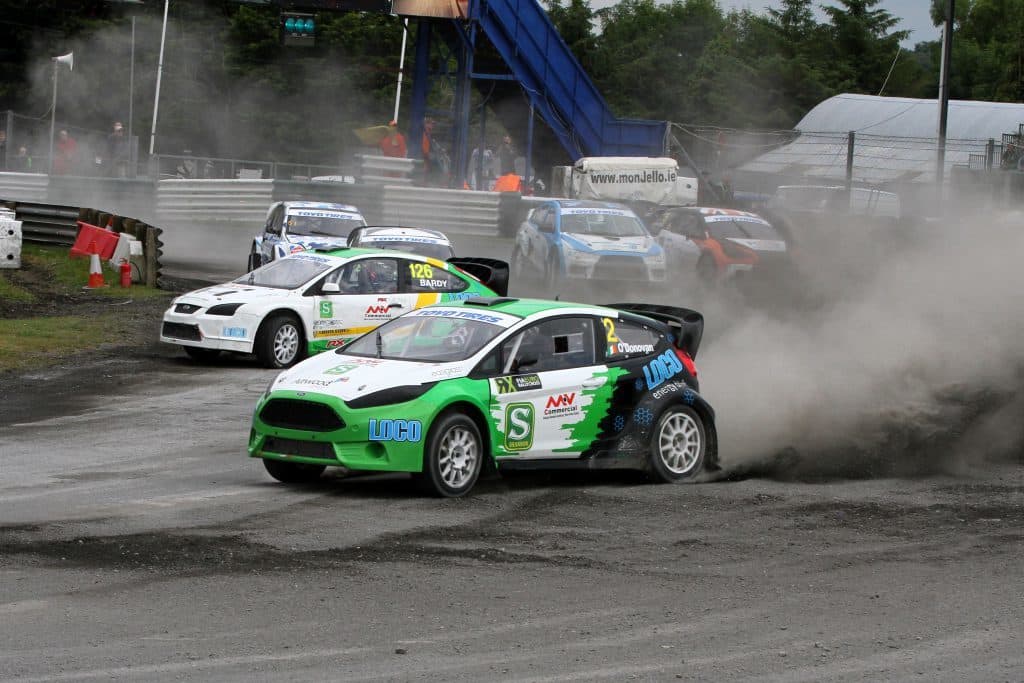