With the circuit used in both directions across the two days for rounds four and five of the MSA British Rallycross Championship support category, Scott stormed through round four of the season having made his return to the single-make single-seater class at Pembrey Circuit last month.

Fastest times in Q2 and Q3 secured Scott a front row starting position for the final, alongside reigning champion Chrissy Palmer, who had been quickest in Q1. Dumfries-based driver Scott led at the first corner and the finish line to score his first RX150 victory in 2015, despite the race having to be re-started due to a red flag.

In the re-started final, Palmer experienced brake problems with his buggy and finished fifth, as 2016 vice-champion Stephen Jones and the returning Brett Harris completed the podium.

Liverpool-based Kirk Langley finished fourth on Saturday, before setting the fastest time in Q1 on Sunday morning. Scott claimed the fastest time in Q2, but was put out of contention by a first-corner racing incident in Q3 that also ended Jake Taylor’s weekend, in which Harris was also involved.

Langley secured pole position for the round five final, on the circuit running in the traditional clockwise direction, and led the day’s main race until the last lap, when Palmer made a last corner move for the lead to claim his third win of the campaign in the closing stages. Langley recovered from a half spin in the last corner as the pair battled for position to finish second, with Jones the only double-podium finisher of the weekend in third.

Palmer’s result elevated him into the series lead, as Langley moved to second overall and Taylor remained third. Irish driver John Ward had led the standings heading into the event and despite a strong test session on Friday, suffered clutch problems on both days of action and dropped down the order. Georgia Shiels scored her best finish to date in her maiden rallycross season with fourth in Sunday’s final, despite contact with Harris before the first corner.

“It was a hard and busy weekend for the RX150 drivers at Mondello, but there were lots of strong individual driving performances. Jake had a good test on Friday even if mitigating circumstances meant he wasn’t able to fight for a top result,” said RX150 promotor Ollie O’Donovan. “Marc proved why he’s a double-champion with his drive on Saturday and it’s a big shame that he was also forced out on Sunday. Chrissy was fast as always but proved he isn’t unbeatable, and I was impressed with Kirk’s pace. Stephen is becoming an old hand at racing an RX150 and can never been discounted; come the end of the season I think he will be right in the fight. It’s a shame that John suffered problems this weekend but he won at Lydden last time out and I’m sure he’ll bounce back fighting in the next round.”

The sixth round of the RX150 Rallycross Championship will take place at Lydden Hill in Kent (August 28). 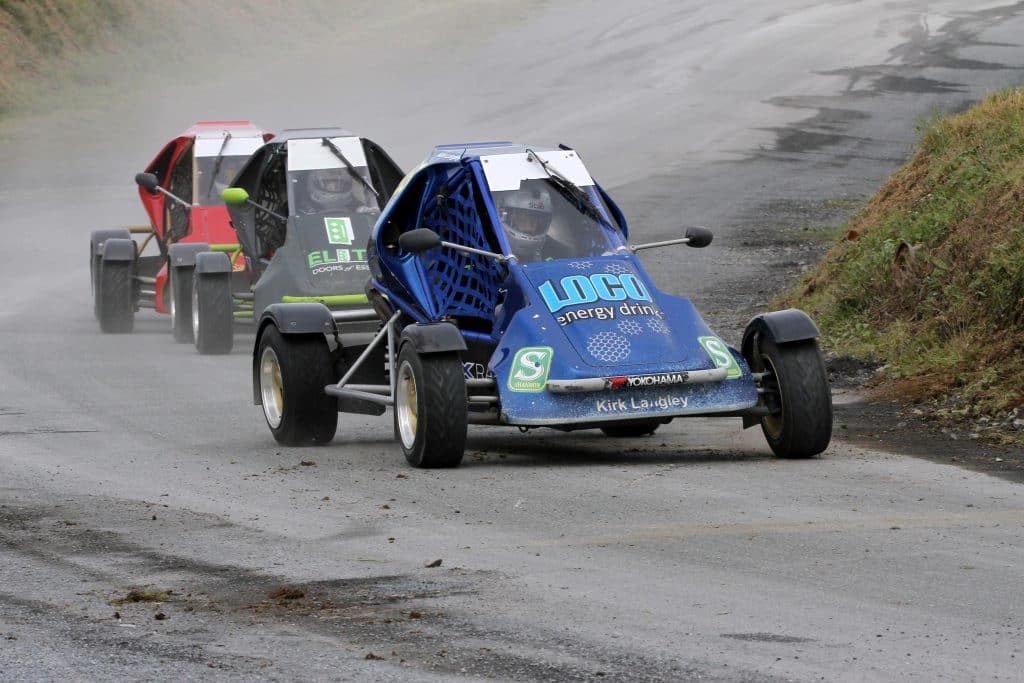