International rallycross squad Team RX Racing set competitive pace with driver Ollie O’Donovan in the third round of the FIA European Rallycross Championship at Holjes in Sweden, but its performance went unrewarded (July 2).

Having finished on the podium in the opening Euro RX round of the season in Barcelona, the team planned to fight-back in Sweden from a challenging weekend in round two at Hell in Norway.

The Holjes weekend began with broken front suspension from hitting a kerb in Q1, but the squad set a solid time in Q2, with 12th fastest in the 33-car field, in front of over 41,000 spectators.

Needing a pair of strong times in Q3 and Q4 on Sunday morning to climb into the semi-final qualifying positions, O’Donovan took his joker on lap three of his Q3 race, but had contact at the joker lap exit on lap four with fellow Irish driver Derek Tohill, causing both drivers to spin and lose time.

Only superficial damage was caused to the Tony Bardy Motorsport-prepared and run Ford Fiesta Supercar, but with just a 17th time overall in the competitive field in Q3, even a good drive, race win and seventh fastest time in Q4 couldn’t elevate the championship winning team into the top 12 positions overall required to make the semi-finals.

“It was a very disappointing weekend; we’ve been really unlucky. In Q1 we lost the front corner of the car and dropped a lot of time so we were on the back foot, but still though our pace was good. In Q2 we did a reasonable time and in Q3 we were on for a really good time but we had contact with Derek which caused us to lose a lot of time, which was very frustrating. To win the race in Q4 was nice, but it was too late by then,” explained the London-based Irishman.

O’Donovan scored one championship point from the weekend, and was pleased with the pace from both driver and car. “I really like this circuit, it’s fantastic and a real challenge. I was a bit slow to come on form on Saturday morning and it was stupid hooking the kerb in Q1. But, we were strong again and the pace was there. It’s just a shame that we know we can achieve more in Euro RX than the results are allowing us to show at the moment.”

The next event for the squad will be the fourth and fifth rounds of the MSA British Rallycross Championship at Mondello Park in Ireland (July 22 – 23), O’Donovan’s home event. “I’m really looking forward to Mondello, we won last time the British Championship went there, although we know the competition will be really tough.” said O’Donovan. “We have some surprises to reveal before then, which will be announced in the coming weeks.” 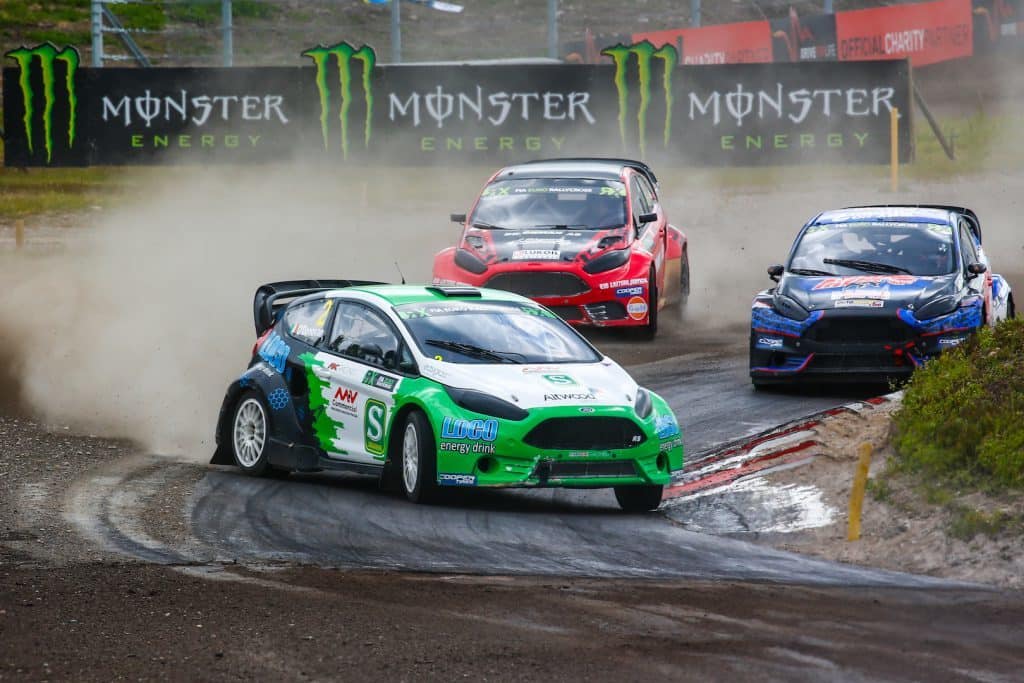