The fourth and fifth rounds of the RX150 Rallycross Championship take place this weekend at Mondello Park in Ireland (July 22 – 23) where points leader John Ward will be hoping to take advantage of local knowledge.

Ward won the second round of the single-make, single-seater series at Lydden Hill on his first visit to the Kent venue, and is the only RX150 driver to have raced on the anti-clockwise layout of the Mondello circuit to-date.

Double Champion Chrissy Palmer has won twice in 2017, in round one at Croft and round three at Pembrey and trails Ward by four points in the overall standings after problems in the final at Lydden Hill.

Two years ago, on the MSA British Rallycross Championship’s most recent visit to the Emerald Isle, Palmer and Marc Scott battled for supremacy throughout the weekend. Scott will also be in action this weekend, having made his return to the Championship at Pembrey last month, and will be at least a podium contender.

The last time the pair raced at Mondello Park, the circuit ran in the same direction on each of the two days. For 2017, the circuit will run in both anti-clockwise and clockwise directions for rounds four and five respectively.

A number of the regular RX150 buggy drivers took advantage of an open testing session on Friday afternoon at Mondello, including Ward, Jake Taylor and Kirk Langley. Taylor is third in the standings in his maiden buggy season, just one point ahead of Langley, who visits Mondello Park for the first time.

2016 series runner-up Stephen Jones will continue his fight-back in the 2017 Championship having skipped the first round of the year, while Brett Harris will return to his RX150 having missed round three at Pembrey due to unforeseen circumstances, where his father Steve deputised.

“John will have a bit of home advantage this weekend, and he did quite a number of laps today in the open testing. But, the RX150 drivers in general are fast learners, especially Marc and Chrissy, so it’s won’t be easy for him. He will have more advantage on Saturday than Sunday, as none of the other drivers have ever raced on the anti-clockwise layout of the circuit,” said RX150 Championship Promoter, Ollie O’Donovan. “I know myself from having testing on the circuit today in the Supercar, the anti-clockwise layout is a real challenge. It’s difficult to judge the braking areas on the loose sections and I think it will be a real challenge all competitors tomorrow. I’m looking forward to watching the action unfold.” 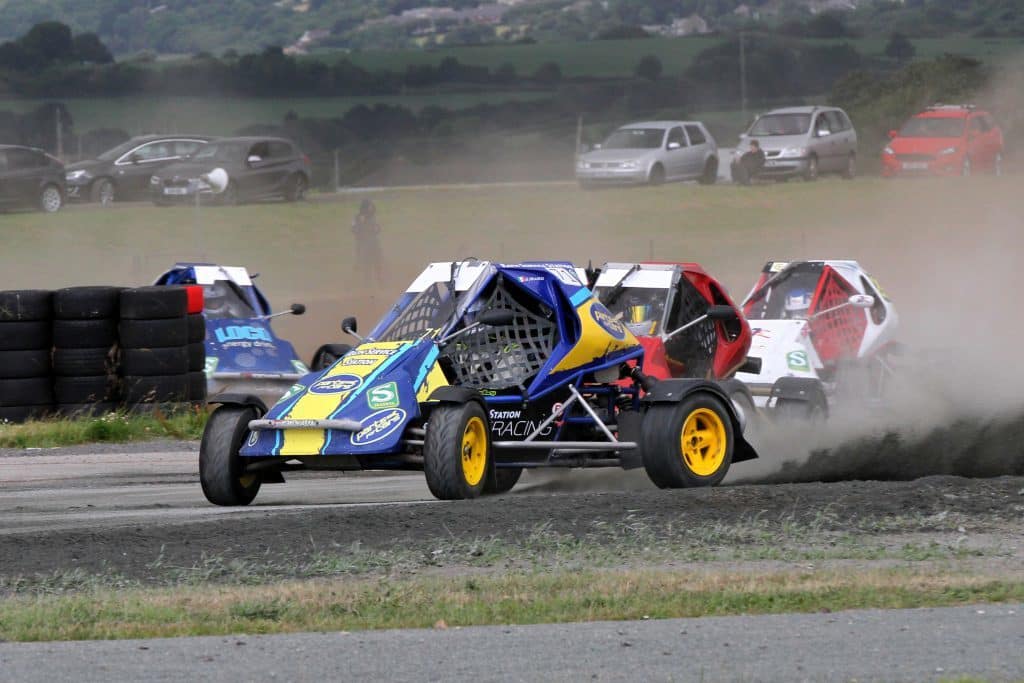