Points leader Chrissy Palmer extended his RX150 Rallycross Championship lead in round six of the series at Lydden Hill on Bank Holiday Monday, just holding on to victory in a nail-biting finish to secure his fourth win of the campaign (August 28).

Palmer set the fastest time in all three qualifying sessions to secure pole position for the final in the single-make, single-seater series, after battling with Irishman John Ward on more than one occasion. Having been second quickest in Q1 and Q2, Ward crashed out of Q3 at Chesson’s Drift on the circuit’s first loose section and lined up on the second row of the grid for the final.

Brett Harris and Stephen Jones joined Palmer on the front row, but both dropped behind Ward on lap one as Palmer took the lead. Making their return to the series, father and son pairing Larry and Adam Sargent raced for fifth position in the opening laps of the final with former rally driver Georgia Shiels, Larry having taken the upper hand of the pair in the qualifying stages.

Shiels ran fifth for the first half of the race, behind Palmer, Ward, Jones and Harris, but was slowed by a technical issue on the fourth lap as Adam Sargent pulled out a margin over his father, in their pair of distinctive orange buggies.

On lap five of the six-lap encounter, Palmer began to slow, allowing Ward to mount a challenge for the lead at the venue where he scored his first RX150 victory back in April, but Palmer held on. Even in the final corner, with his buggy significantly slowed, Palmer left racing room for Ward on the inside of Paddock Bend, but just maintained the advantage to score victory.

“I’m happy, it’s been a good day. The qualifying races were a lot of fun, it’s just a shame that a similar problem to what we’ve had before came back in the final, but my team will work hard to fix it for the next race,” said Palmer. “I didn’t really want to give John room in the last corner, but I knew I had a problem and I didn’t want to cause issues for everyone or have a crash for a silly reason when I could still come second, so I gave him a gap but he didn’t think I would, so he didn’t go for it. It made for an interesting last couple of corners. John’s doing a great job, it’s great to be battling with him this season, today it was hard fought in the heats for sure.”

Ward’s second place finish moved him up to second in the standings, with Jones’ third podium in a row lifting him to third in the table, three points behind Ward and only a handful ahead of Harris in fourth. Adam and Larry Sargent concluded the Lydden Hill event fifth and sixth respectively.

“Chrissy held on by the skin of his teeth, but his luck was in and John just couldn’t quite capitalise. John went very well again, it’s great to have him in the Championship and it was a really good day’s racing in the buggies,” said RX150 promotor, Ollie O’Donovan. “There was good racing through the field in the final, it’s a shame Georgia wasn’t able to finish but she will be back fighting at Pembrey I’m sure.”

The seventh and eighth rounds of the RX150 Rallycross Championship will take place at Pembrey in South Wales on September 23 – 24. 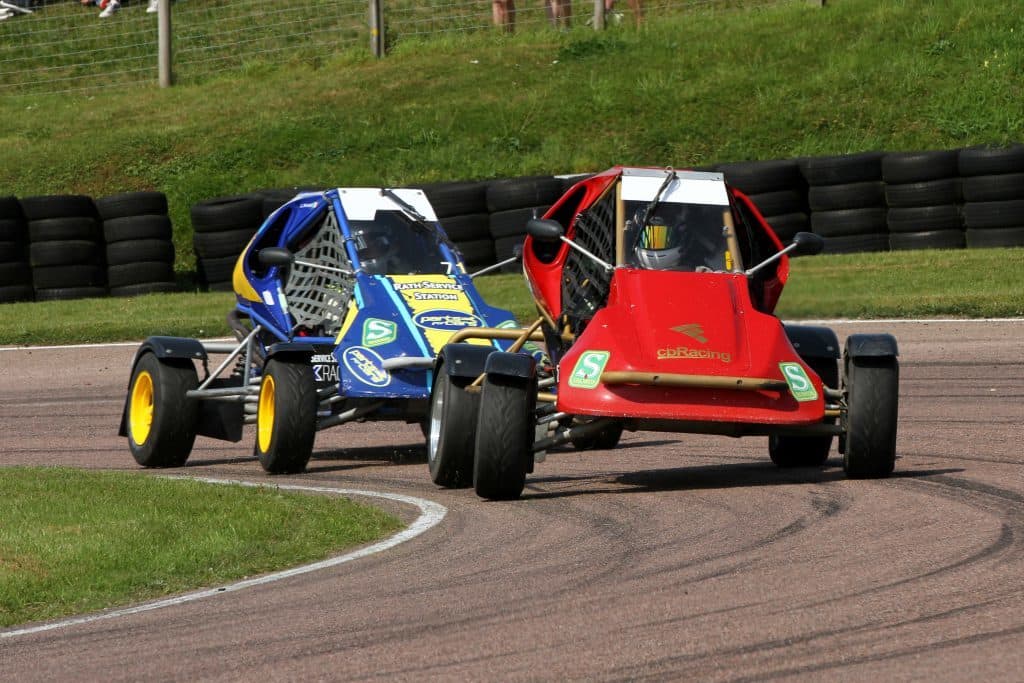