Pembrey Circuit in South Wales will host the seventh and eighth rounds of the RX150 Rallycross Championship this weekend, where competitors will race on the revised circuit in a different direction on each of the two days (September 23 – 24).

Bakkerud made his first appearance in an RX150 buggy at the season finale at Croft Circuit in 2015, where he won the British Rallycross Grand Prix support category on his debut weekend. Coley meanwhile had competed alongside another World RX star, Latvian Reinis Nitiss earlier in the same season at Lydden Hill, and finished fifth in the final.

Both drivers will discover the Pembrey Circuit for the first time in their respective practice sessions, Bakkerud entering the event on the back of finishing fourth in both of the most recent World RX events in France and Latvia driving the Hoonigan Racing Division Ford Focus RS RX, as team mate to Ken Block.

“The first time I raced an RX150 was at Croft two years ago, where I won in the British Rallycross Grand Prix support category. I haven’t won anything this year, not even a karting race or in rallycross, so I will be going flat out to try and do that in a buggy on Sunday,” said Bakkerud, who also joined Team RX Racing at the Autosport International Show Live Action Arena in January. “The buggies are a challenge to drive and a lot of fun, and it will be good to learn a new circuit too. It’s good to go to the UK, we have a lot of supporters of my BakkerudLife YouTube channel there. I had the pleasure of driving Ollie’s Ford Focus Supercar at the Autosport show and it’s really nice of him to invite me to drive the buggy again.”

Coley will join championship protagonists Palmer and John Ward in the competitive field on Saturday, where Stephen Jones and Georgia Shiels will also compete for podium finishes. “I’m looking forward to returning to the RX150. I’ve never been to Pembrey and I can’t even watch any onboards because the circuit hasn’t been used in this layout before, so it’s going to be a bit of a baptism of fire,” said Coley. “I found the buggy hard at Lydden Hill. I got on brilliantly with it in the dry in testing but I found it quite daunting in the wet; torrential rain with zero visibility is not the best way to make your debut. I’d be happy if it was dry this weekend, but whatever the weather my aim is to enjoy it. I love working in the World Championship, but the one thing I really miss is the competitive element of driving myself, so I’m very grateful for the opportunity I’ve been given.”

RX150 Championship Promoter, Ollie O’Donovan is looking forward to hosting the guest drivers this weekend and to watching the action unfold. “It’s fantastic to have Andreas and Andrew back in the RX150 Championship this weekend at Pembrey, they have both impressed me in the past with their pace and it will be interesting to see how they get on at a track neither of them has seen before,” said O’Donovan.“We can’t forget the title battle either, Chrissy has again taken the lion’s share of success this season but John is right on the pace even though it’s his first year and could claim victory too. As always, Stephen Jones will go about things in his own quiet way and be right in the mix, he could spring a surprise this weekend I think. Georgia improves with every event and I know she is very keen to finish on the podium in the last three races of the season. I just hope the weather is kind for both the drivers and spectators on both days.” 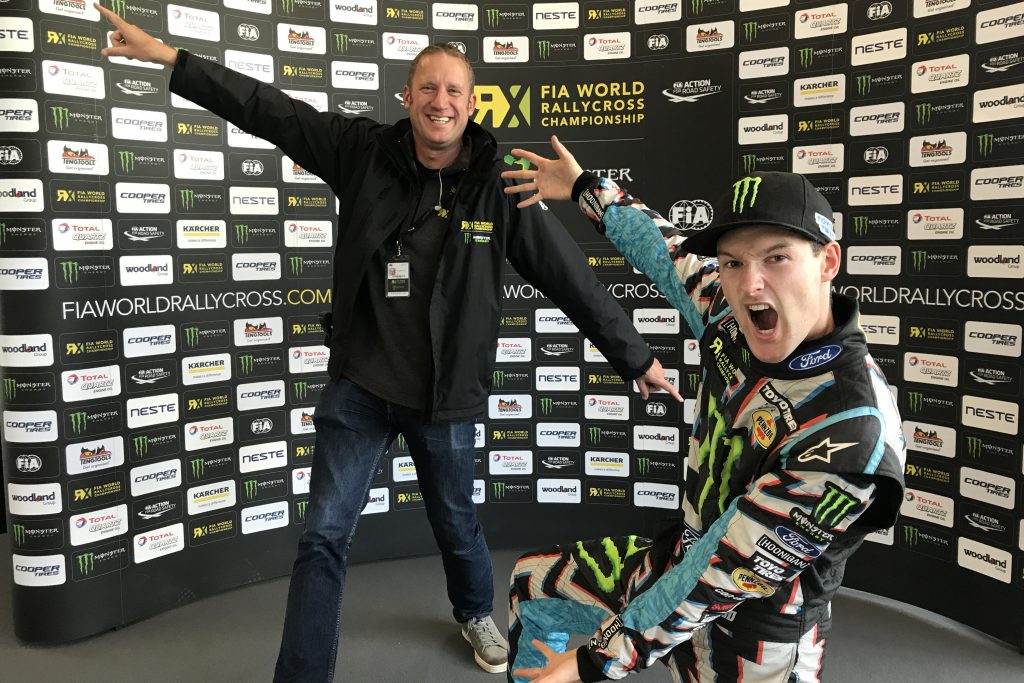