Former British Rallycross Champion Ollie O’Donovan entered the penultimate weekend of the 2017 series at Pembrey Circuit in South Wales (September 23 – 24) third in the standings and one of six drivers in the fight for the title.

Team RX Racing transported the Ford Fiesta Supercar directly from the final round of the FIA European Rallycross Championship at Riga in Latvia 1,600 miles to Pembrey, O’Donovan having concluded the international season the previous weekend (September 16 – 17) 12th overall.

For the first day of competition in South Wales (round seven), the circuit was used in an anti-clockwise direction. Having claimed race wins in the qualify stages and finished second, third and second in the overall times to line up second on the grid for the final, O’Donovan had a race-long battle against the similar Fiesta of Oliver Bennett, but had to settle for third due to a misfiring engine. Regardless, the points scored kept the London-based Irishman’s title-hopes alive.

However, in extreme wet conditions of round eight on Sunday morning, feeling comfortable in the Tony Bardy Motorsport-car in Free Practice, O’Donovan made a minor mistake at the fastest corner on the circuit, Honda Curve, sending the Fiesta across the grass run-off and into a tyre wall backwards at an estimated 70 miles per hour. Pembrey’s medical crew’s quickly attended to the Irish driver, who was taken to hospital to be examined. The 2007 British RX champion was released later the same day, with a damaged shoulder, fractured ribs and broken bones in his right hand.

“I was a bit frustrated with the weekend in Latvia if I’m honest, we didn’t have the run we wanted, but we had good pace in the mixed conditions and we were confident ahead of the weekend in Pembrey,” said O’Donovan. “Saturday went well, I feel we could have at least beaten Oliver in the final and maybe pushed Julian (Godfrey) for the win if it hadn’t been for the misfire. But then on Sunday morning, even though I only did a couple of laps before the accident I felt really on top of the car, the setup was really good.”

The lost points from a non-score at Pembrey, and the prospect of missing the final round at Croft Circuit next month has ended O’Donovan’s hopes of a second British RX title. “On Honda Curve I just got in the standing water, the car stepped out and I wasn’t able to recover it. The moment I went onto the grass in the wet I knew it was going to be a big impact. It could have been a lot worse, but it did do quite a lot of damage to both me and the car. It shows how strong the cars are that I wasn’t more hurt, Tony Bardy Motorsport can take great credit for that. It’s a bit early to say if we can race at the final round – I think having two broken bones in my right hand will be the problem. The ribs and shoulder I’m sure will be ok, but my hand is giving me a bit of bother. It’s not that I don’t want to drive but we will have to see. I want to thank all of the staff at Pembrey for their help, they are very professional.”

Team RX Racing will make a decision as to who, if anyone, will race for the squad at the final round of British RX at Croft in the coming weeks.

Kevin Feeney also raced under the Team RX Racing banner at Pembrey and claimed his maiden win in the Retro Rallycross Championship on Saturday, driving his Ford Escort Mk2. He beat the MG Metro 6R4 of Roger Thomas, and then finished sixth on Sunday. 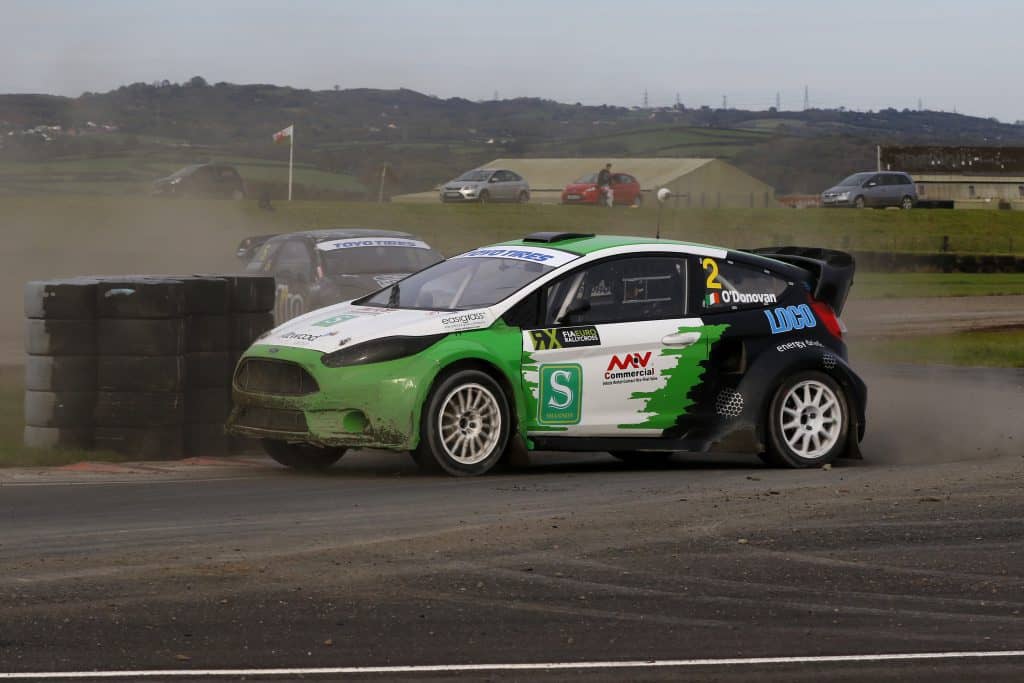