Rallycross squad Team RX Racing and Irish driver Ollie O’Donovan head to the final round of the 2017 FIA European Rallycross Championship at Riga in Latvia this weekend (September 16 – 17) targeting a strong result to secure a top-ten finish in the series.

The team started the season with its Ford Fiesta Supercar in the best possible way, with a podium finish in the opening round of the year in Barcelona, O’Donovan becoming the first ever Irishman to finish on the podium in a European Championship Supercar event.

Despite regular semi-final appearances, by qualifying for the top-12 in following rounds, luck has not been on the Tony Bardy Motorsport-run team’s side, but 2007 British Rallycross Champion O’Donovan and the entire team are focused on trying to qualify the final (top six) for the second time in the five-round series, in a bid to move from 12th to 10th in the standings.

O’Donovan was on course to make the final last time out at Loheac in France two weeks ago, in front of 75,000 spectators, having made a fantastic start from the third row of the semi-final to be third at turn one, but contact from another car caused enough damage to the Fiesta that O’Donovan lost control later on the same lap and ended the team’s chances.

The squad had initially hoped to travel directly to Latvia, but due to the damage caused in France, it had to return to Tony Bardy’s Scotch Corner base in the UK for work to be carried out, before heading to the season finale in the Baltic States.

On the back of impressive pace on the Championship’s first ever visit to Riga in 2016, O’Donovan hopes to make amends of the French disappointment on the other side of Europe.

“France was frustrating. I’m willing to admit that we struggled a bit with the conditions but we dug deep and did what we needed to do to make the semi-finals, then got taken out in the semi-final. We haven’t forgotten our podium at round one, but it feels like a long time ago now, so we’re looking to end out international season on a high this weekend with a really good result,” said O’Donovan. “We want a top ten finish overall, and we’re only a couple of points away from ninth, so that’s not out of the question at all. We just need to keep out of trouble in the four qualifying races because even though the level is very high, I believe we have the outright pace to make the semi-finals, and then anything can happen.”

It will be another busy week for the team, which will travel directly from Latvia to South Wales in the UK, to contest the seventh and eighth rounds of the MSA British Rallycross Championship the following weekend. “We’re not sure if we will use the Ford Focus or Ford Fiesta at Pembrey yet, it really depends what happens this weekend, but the truck will have to make the journey regardless,” continued O’Donovan. “I say this a lot, but it’s more significant than ever this time around, I want to give huge thanks to Tony, Sam, Marty and everyone involved with TBM (Tony Bardy Motorsport) for working so hard to repair the car after France. Hopefully we can reward that effort this weekend.”

Action in Latvia gets underway with Free Practice on Saturday morning (September 16) before Q1 and Q2 on Saturday afternoon. Q3, Q4, semi-finals and final take place on Sunday (September 17), with the final stages of the event broadcast live on television. Check out www.fiaworldrallycross.com for TV listing details. 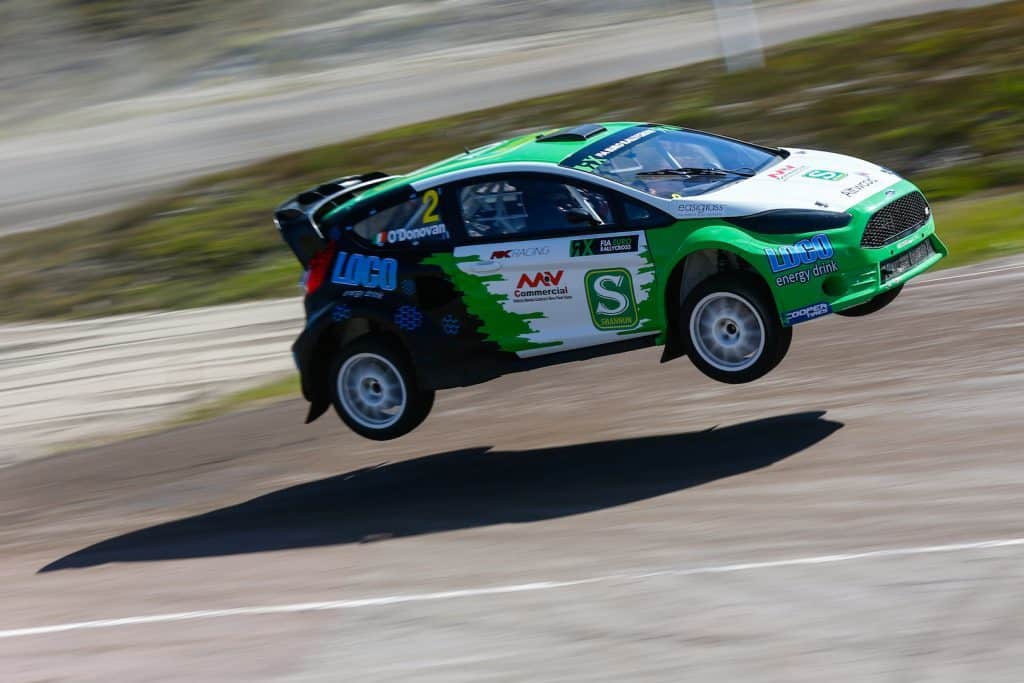